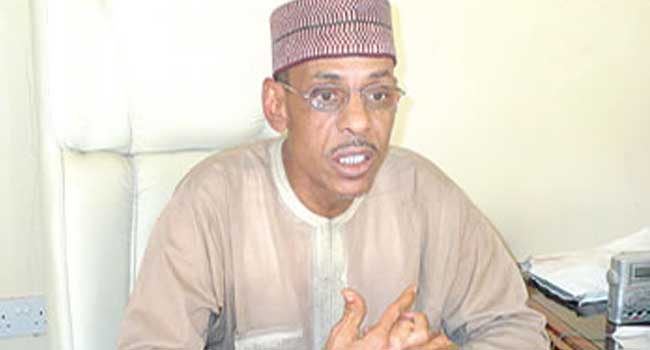 Spokesman of the Northern Elders Forum (NEF), Hakeem Baba-Ahmed, has said heaven will not fall if a northerner is elected the next Nigerian President.

Maintaining that northerners are not second-class citizens, he said the north will not accept to serve as a second fiddle in 2023, when the region has the population to go to clinch the first position.

He said this while delivering a keynote address at the maiden Maitama Sule Leadership Lecture Series organised by the students wing of Coalition of Northern Groups (CNG) at the Ahmadu Bello University (ABU), Zaria, at the weekend.

He said, “The North is not for sale and northerners will surprise those waiting for them to queue up in 2023 and be given money in exchange for their votes.”

He said anyone who does not want a northerner as President should leave the country if one emerges.

He also charged the students to be proud of who they are, challenging them not to accept being treated as second-class citizens in their own country.

“Why should we accept second class position when we know we can buy form and contest for first class and we will win?

“Why does anybody need to threaten us and intimidate us? We will get that power, but be humble because power comes from God. We inherited leadership, being honest is not being stupid.

“There are Nigerians who believe that because the economy of the North is being crumbled; we are running away from insecurity, we are politically vulnerable, they think they can buy us for 2023 but they are making a mistake.

“We are ready for this; we will consider every economic adversity, challenge, we will fix the Northern economy and we are the only one who can fix this Northern economy. For that reason, we are not for sale. We are in the process of rebuilding the North and we will rebuild the North from 2023.”

Baba-Ahmed said whether the north holds power in 2023 or not, anybody who wants to break up in this country will say so, as they were just looking for excuses.

He also charged the youths to be active in politics.

Also speaking, a Commissioner in the Police Service Commission (PSC), Hajia Naja’atu Bala Muhammad, urged the youths to stop being intellectually lazy and selling their rights to leadership for peanuts.

Earlier, the lecturer at the event, Dr. Riyahuddeen Zubair Maitama, who spoke on “Ethical Reorientation for Positive Attitudinal Change: An Urgent National Imperative”, called for urgent ethical reorientation for positive attitudinal change among Nigerians both the governors and the governed especially the youth on whose shoulder the future of the country rests.

I’ll Give You A Running Mate You’ll Enjoy Working With, Gbaja Tells Tinubu 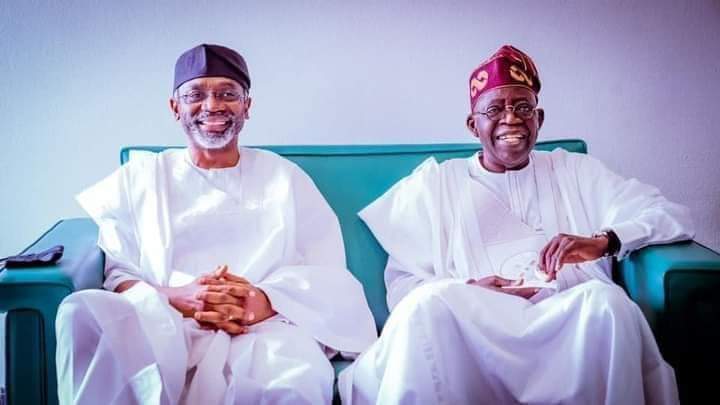 Hon. Femi Gbajabiamila, Speaker of the House of Representatives and Asiwaju Bola Tinubu, Presidential Candidate of the ruling All Progressives Congress (APC)

Hon. Femi Gbajabiamila, Speaker of the House of Representatives, has promised Asiwaju Bola Tinubu, Presidential Candidate of the ruling All Progressives Congress (APC) a running mate he can work with.

Gbajabiamila made the promise while responding to the remarks of Tinubu at an event to celebrate the speaker’s 60th birthday.

“You (Tinubu) said in your address that many years ago you consulted with younger brother on the issue of WAEC and that consultation bore fruits. I give you my own parting shot. It is that time again to consult with your younger brother. I will give you a running mate that you will enjoy working with. But this time the consultation I promise you will not be for free,” he said.

Earlier at the event which took place in Abuja on Sunday, Tinubu had paid glowing tribute to Gbajabiamila, describing him as a worthy individual.

Tinubu said he discovered Gbajabiamila as a potential politician even though the Speaker was reluctant at first.

“As a Minority Leader, he consults wide and he’s always there to see the thinking of opposition that we must bring a revolution to the House to be able to beat the PDP. And then, he will brainstorm for any length of time about political strategy.

“When he was challenged for the position of the speaker, I think after our merger he worked for me tirelessly; Femi is a workaholic. The problem of failure stared him at the face. He lost the election to become the Speaker.

“I was close to tears. Stamping my foot to the ground, I said we will win again. Femi keep up. Pick yourself up. I am very proud of you that you did, you didn’t give up. You did the opposition and the support job. You demonstrated what we learnt from textbooks and other authors.

“Femi with your determination, grit, you are a contributor to our democratic growth, thank you. You have character. You are a great mentor and you are doing a good job charting a path to success. You’ve done a good job and I say thank you, thank you.

“What you did during my primary is a story for another day. I’ve spent more time, too many times and people might be bored, they might be envious too, they might be jealous. I won landslide, I thank you.

“I could see his deputy (Wase) sitting down there too, you are a very good symbols of unity, dependability, and honesty, thank you. Thank you for both of you. You’ve not rocked the boat. I will need to learn from both of you, how you made the pair work because I’m still searching for my running mate,” Tinubu had said.