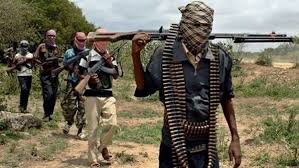 No fewer than ten persons were said to have been set ablaze and many others were slaughtered while ten women were abducted by bandits in Kachiwe village Sarkin Pawa ward, Munya local government area of Niger State.

The bandits, DAILY POST gathered destroyed the village during the attack on the community.

Our Correspondent also gathered that the bandits succeeded in their nefarious activities due to the jamming of mobile networks in communities affected by banditry.

Confirming the development, the Secretary of Munya local government area, James Isaac Jagaba on behalf of the council chairman revealed that the incident happened on Thursday morning at about 2am.

“The bandits invaded the community on motorcycles and cars. The next day when I visited the community, there were car tracks after the Council was notified of the attack,” he explained.

He said the bandits set all the houses in the community on fire, burnt 10 people alive, kidnapped about 10 women and slaughtered several others, adding that the whole of Kachiwe village has been annihilated with no survival.

Jagaba revealed, “the whole community was wiped out by the bandits, nobody survived. We got to know about how they carried out the activities from the women who escaped and are still in shock”

“The three people who survived are currently in shock and suffering from trauma. They need to be helped medically and otherwise because all they have been burnt down by the bandits”.

He also said the bandits moved to Shapè village under the Sarki Pawa ward and killed nine people while other members took to their heels, while seven persons were slaughtered in the Gogope ward.

He then pleaded with the state government to tackle the issue of mobile network seizure in Munya local government area to help curtail future attacks on the area.

52-year-old nabbed for defiling own daughter