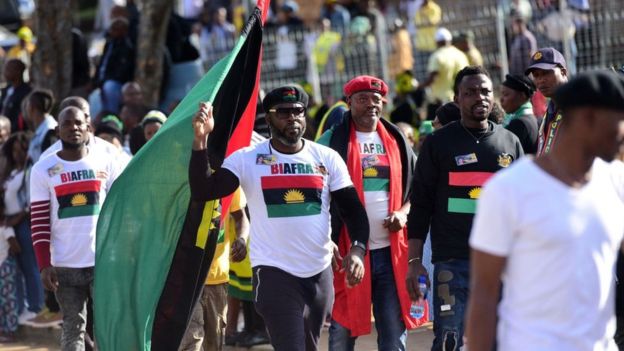 Imo State Government has warned members of the Indigenous People of Biafra to stay off during the visit of President Muhammadu Buhari.

IPOB is reported to have declared a sit-at-home order on Thursday, threatening that the president is not wanted in any part of South East.

But the Commissioner for information and Strategy, Declan Emelumba, who spoke to newsmen in Owerri on Wednesday, warned that no person should dare the resolve of the government to give the president a befitting reception.

He said, “I have not heard of any sit-at-home by any group. I think the one I heard is the one that said they want their leader released and will be protesting any day he appears in court.”

“However, we are talking of a presidential visit. The president is visiting Imo and we will do everything thing to give a befitting reception. We have made every security arrangement in this regard and I assure you that Imo people are enthusiastic about the visit.”

Emelumba described the president’s visit as unique as this is the first time he’s visiting the state officially.

The commissioner said residents of the state are so enthusiastic to receive the president and to show their enthusiasm traders have decided to close all markets on Thursday.

He said that the president will be commissioning four projects among which is the Ihiagwa – Nekede Road, Balloon technology-driven underground tunnel with surface drainage at Chukwuma Nwoha road, Naze/ Nekede/Ihiagwa Road, the Egbeada By-Pass and the newly built ultra modern executive chambers. 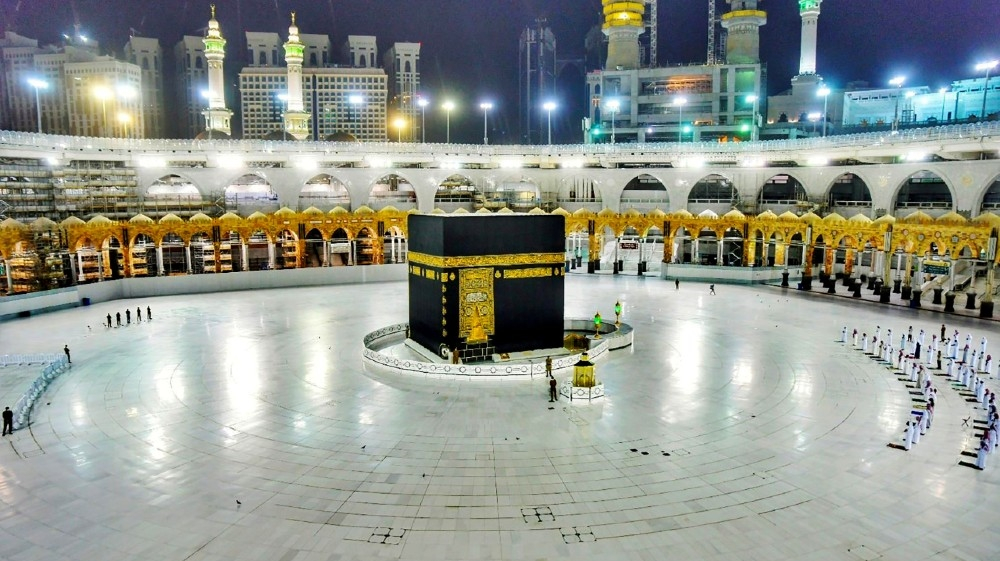 Many intending pilgrims on Tuesday in Kano protested over their exclusion from the list of those to perform this year’s pilgrimage to Saudi Arabia despite making full payments for the hajj.

The protesters stormed the head office of Jaiz Bank, the financial institution that processed their payment through a savings scheme, and the office of the Kano State Pilgrims Board.

The affected persons, numbering 284, said they were shocked to find out that after making payment, no seat was reserved for them, noting that some of them started the saving scheme since 2019.

Daily Trust reported that the first batch of the 400 intending pilgrims from Kano State had been airlifted to Saudi Arabia for the 2022 hajj exercise on Monday.

One of the affected intending pilgrims, Auwalu Jibrin, said, “We are the ones the National Hajj Commission asked to open an account with Jaiz Bank and deposit our money there. The state pilgrim board has collected our passport and screened us and now we learnt that we have no allocation.

“We are now left stranded without any assurance. Jaiz Bank has told us that of course there’s a problem and they are working towards ratifying the problem.”

Sources familiar with the development told Daily Trust that names of the aggrieved intending pilgrims had been sent to the state pilgrim board and documented but were not included in this year’s hajj because of the reduced allocation.

The state pilgrim board is said to be constrained by over 100 names sent from NAHCON to be given allocation while many who saved for years under the hajj scheme could not be accommodated.

Executive Secretary of Kano Pilgrims Board, Abba Dambatta, told Daily Trust that the board was doing its best to resolve the problem, noting that there was no allocation this year for those on savings’ scheme, especially those from Jaiz Bank.

He however said he was going to Abuja to make efforts in securing allocation for the 284 intending pilgrims.