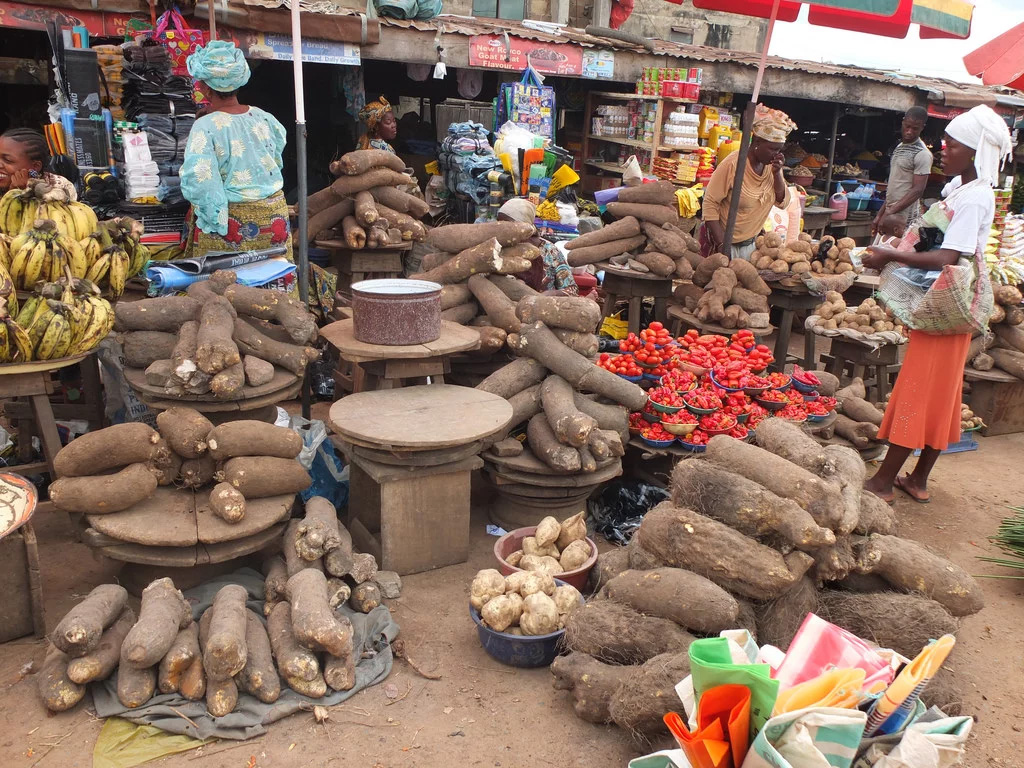 The prices of food items continue to soar across major markets in Lagos, as traders complained of low sales amid declining purchasing power.

This is according to a market survey conducted by The Cable.

Recently, the Food and Agricultural Organisation (FAO) warnedthat global import bills could reach record levels in 2021 — a 14 percent jump from the 2020 record.

The food outlook report said the spike in global food prices would weigh heavier on the side of low-income countries like Nigeria.

Joseph Aleekwe, an elderly trader, who started his business with N7000 in the 1990s at the Alaba Rago market, Lagos, reminisced on “good old days” when he started trading.

“I started my business with N7000. I rented a shop and stocked my shop with food items with that amount of money,” he said.

For traders at the popular Iyana Iba market, most prices of food items have escalated in the last few months, thereby diminishing purchasing power with them witnessing low sales return.

“The prices of items increase every day. If you come to the market tomorrow, you will not get the same price you will get today,” some of the traders said.

“We don’t know what will happen as we are entering a festive season now. For most of us, we are even looking at how to get more money to buy items and sell during the season.”

A crate of medium-sized eggs jumped from N1200 to N2000, year-on-year, representing a 67 percent increase.

Shansu Salisumukhtar, a trader at Alaba Rago market, told TheCable that the decline in the prices — after it soared to N100,000 earlier in the year — could be attributed to the inflow of newly-harvested beans into Nigerian markets.

“New beans is in the market… that is why the price is going down,” he said. 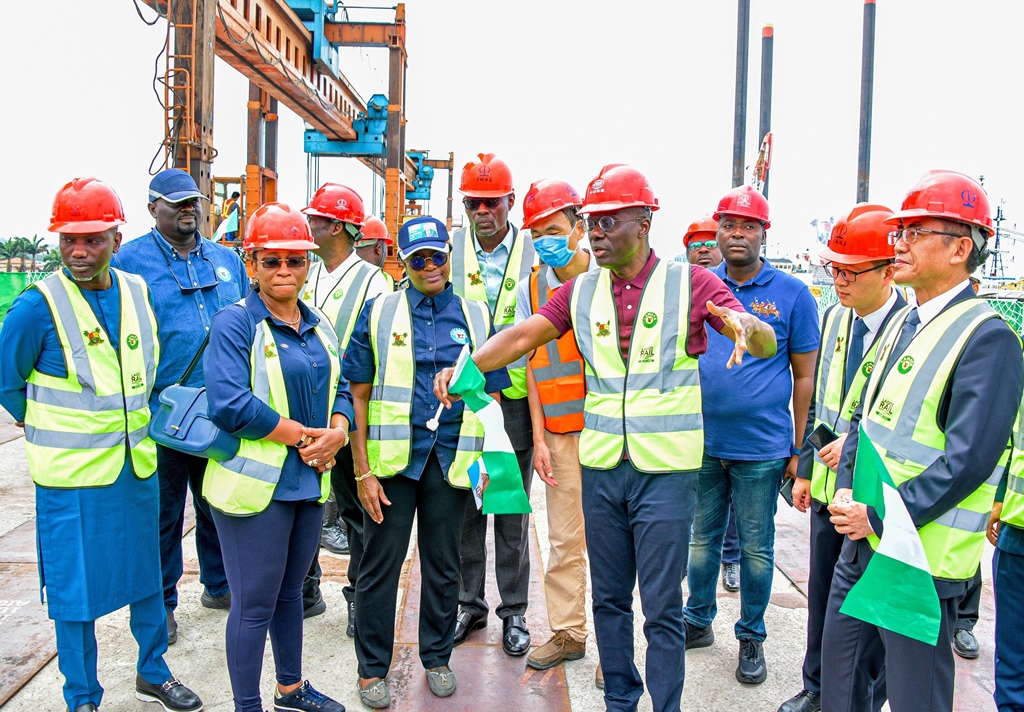 The laying of the last track beam (T-beam) of a 27-kilometre Lagos Blue Rail Mass Transit commenced on Wednesday with a promise to deliver the landmark project in December this year as scheduled.

Governor Babajide Sanwo-Olu flagged off the engineering procedure at the site of the Marina station of the rail project.

A statement by the governor’s Chief Press Secretary, Gboyega Akosile, said, “with the laying of the final T-Beam, all difficult civil works standing in the way of the Lagos Blue Rail Line, which started in 2012, have been overcome.

“The contractor – China Civil Engineering Construction Corporation (CCECC) – will now go ahead to set the rail tracks along the alignment and move the project to completion.”

It said Governor Sanwo-Olu got the commitment of the Lagos Metropolitan Area Transport Authority (LAMATA) and the contractor to the December deadline for the Blue Line project’s completion.

Lagos Government will be delivering two rail mass transit projects within the first term of the Sanwo-Olu administration. The Blue Line traversing between Mile 2 and Marina will be operated on Electric Motor Unit (EMU); while the 37-kilometre Red Line, from Agbado to Ebute Metta, will operate on Automotive Gas Oil (AGO).

Speaking at the launch of the last T-Beam on the Blue Line, Sanwo-Olu said the achievement signposted his administration’s commitment to bringing succour to Lagosians and give them choices in mass transportation.

The governor said the rail projects represented the audacity of his administration’s vision to deliver a robust integrated transit system as encapsulated in the Traffic Management and Transportation pillar of his government’s T.H.E.M.E.S. development agenda.

He said, “Today’s final T-beam launch indicates that we are gradually inching to the completion of the civil infrastructure for the first phase of the Blue Line traversing from Mile 2 to Marina. The engineering work today completes a total of 1,967 piles foundation, while we have also completed three 306 platforms, 310 piers, 267 cover beams and erection of 984 T-beams.

“We are not just making promises; people are beginning to see for themselves that all the milestones and the difficult tasks we are meant to achieve to ensure operation of the Blue Line are being achieved. The Marina Station, which is the iconic terminal for the Blue Line, will be completed within two-and-half months. I am restating here that we will formally complete this Blue Line before December 31, 2022.”

The governor said the two sets of EMU coaches already procured for the Blue Line operations would arrive in Lagos from China before the end of October. He said the rail line would be test run immediately after completion, while passenger movement would start within the first quarter of 2023.

Sanwo-Olu said the construction of the second phase of the Blue Line project would commence after the start of operation, which would extend the rail project from Mile 2 to Okokomaiko.

The governor disclosed that talks were being held with the Ogun State Government for possible extension of the rail line to Agbara.

He said, “The second phase of the Blue Line project will be an easy infrastructure to develop because the marked alignment for stations and tracks are largely at grid level. While we are at this, the Red Line is also on the way. This is a start-and-end project for our administration, with about seven stations concurrently being built. This will redefine mass transportation in Lagos.

“To our citizens, I say the Blue Line is for real and you will ride on it in no distant future. For the Doubting Thomases and people that do not like our face, their eyes cannot disbelieve in the infrastructure we are bequeathing to the citizens of our State. They cannot disbelieve in our bold effort and commitment to improve mobility and deliver transport infrastructure that brings ease to our people.”

LAMATA Managing Director, Abimbola Akinajo, an engineer, said the first 13-kilometre stretch of the Blue Line construction was divided into four phases to enable the government to fund the project from its internally generated revenue.

To get to the current status, she said the construction work experienced disturbances and delays in the relocation of submarine cables, submarine natural gas pipelines, and removal of underground shipwrecks.

“Just as we are laying the final T-beam for the rail tracks, we are also currently retrofitting the train stations at Mile 2, Alaba, Iganmu and National Theatre with light in readiness for passenger operation in the first quarter of 2023,” Akinajo said.

CCECC Chairman, Mr Liu Wei Min, described the event as the most significant level of the project.

He said, “We express our sincere gratitude to the present administration under the leadership of Mr Sanwo-Olu in reaching this milestone.

“We will continue to work to meet the ultimate target in delivering the entire project with high standards and quality.”

The T-beam laying event was also attended by Consul General of the People’s Republic of China in Lagos, Mr Chu Mao ming. 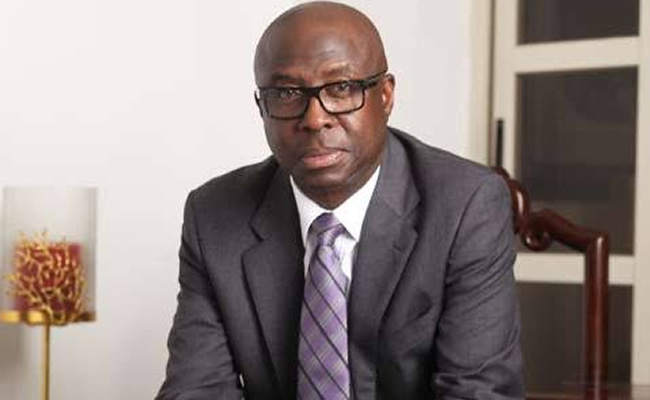 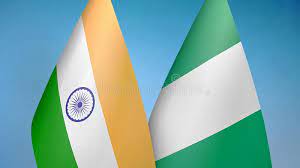 The new envoy made this known during the commemoration of India’s 76th Independence Day, on Monday in Abuja.

This, Balasubramanian said, would further strengthen bilateral ties between both countries.

He noted that the trade and economic relations between India and Nigeria have been very strong, with over 135 Indian companies operating in Nigeria.

The high commissioner also said the volume of trade between both countries has increased on both sides after the COVID-19 pandemic.

“India is a major importer of oil from Nigeria. Nearly about $10 billion worth of oil is being imported from Nigeria.

“So, there is a large possibility of increasing this trade and economic cooperation between our two countries.”

Balasubramanian said since 1958, when the two countries established diplomatic ties, their relationship has remained one of the best.

“Since then, our relationship has developed in multi-various ways, almost in all places,” he added.

“Human capacity development is one of the most important areas in which we are concentrating on.

“And we are very happy that with the assistance and cooperation of successive Nigerian government, we can now say that our relationship is very strong and very cordial.”

Balasubramanian added that the two countries have established positive military cooperation, including training of military personnel.

He said his country would be happy to continue partnering with Nigeria.