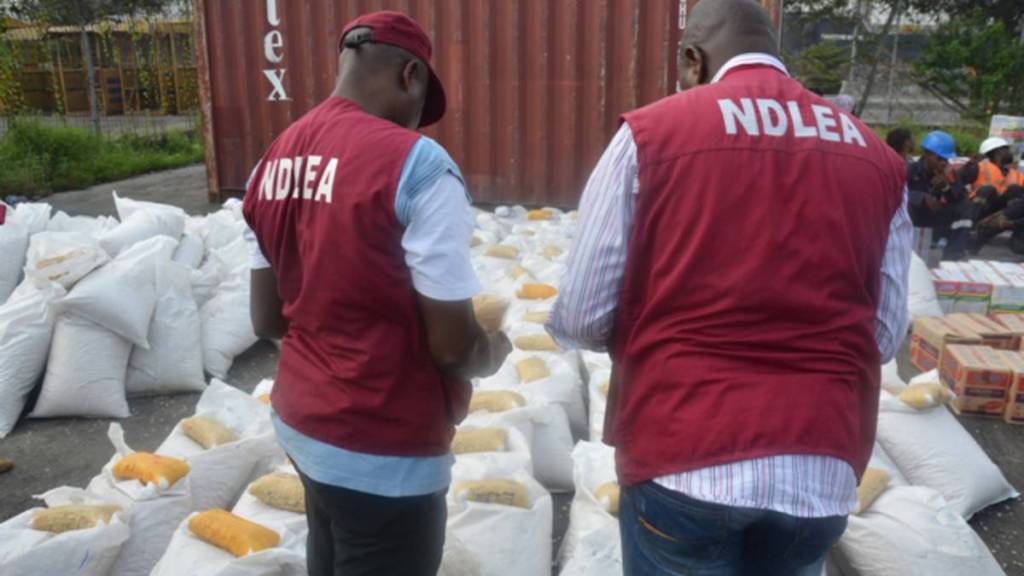 The National Drug Law Enforcement Agency has intercepted about  one million, five hundred thousand tablets and capsules of pharmaceutical opioids such as Tramadol, Exol-5 and Diazepam in Edo State.

This is even as a total of 425,000 Diazepam tablets were recovered at Segemu, Kano.

In addition, a total of N1,413,344 was seized along with firearms and ammunition from a suspected bandit and a drug kingpin in Plateau State, while over 137.754 kilogrammes of assorted illicit drugs were recovered during interdiction operations across seven states in the past week.

A statement by the director of media and advocacy, Mr. Femi Babafemi, said operatives of the agency in Edo,  acting on credible intelligence, intercepted a trailer from Onitsha going to Yauri on January 14.

The driver of the truck, Bashir Lawali, 30, was arrested along with Abubakar Sani, 30, and Ali Abubakar, 19, while the exhibits in Kano were seized from one Sa’idu Yahya, 31.

“Attempts by drug traffickers to export 73 parcels of cannabis (34.05kg) concealed in foodstuff plastic containers to the United Kingdom through the NAHCO export shed of the Murtala Mohammed International Airport(MMIA), Ikeja,Lagos, were frustrated by operatives on  January 8, same way another 50 parcels of cannabis consignment, 27.25kg, meant for the United States was also intercepted at the export shed of the airport on Tuesday January 11Jan and at least three suspects so far arrested.

“In reverse bid, moves by illicit drug merchants to bring into Nigeria 94 parcels of cannabis indica (Colorado) weighing 43.4kg through the Tincan seaport in Lagos were crushed on January 13, when operatives intercepted the drug inside a 40ft container from Canada. The exhibit was concealed inside a Toyota Camry car. This came on the heels of a similar seizure on January 11, of 59 parcels of Colorado (17.3kg), concealed in a Mercedes Benz vehicle imported from Canada.

“In Plateau state, a fake security agent, Babagana Maaji has been arrested through a controlled delivery of 5.6kg cannabis from Lagos. The suspect based in Damaturu, Yobe state, was nabbed following the interception of a commercial bus bringing the consignment from Lagos to Gombe in Mararaban Jos on  January 8.

“On Tuesday, January 11, operatives of the Plateau command of the agency also arrested a suspected bandit,  Abdullahi Usman Ahmad, 28, at Hwolshe with one Beretta pistol; seven rounds of live ammunition; two empty shells; 12 grammes  of cannabis sativa; a pair of handcuffs and N1, 136,344, suspected to be ransom money as well as an Opel car with registration number ZAR 35 LQ.

“In the same vein, leader of a cocaine distribution ring in Plateau, Chibueze Okoro John, 42, has been arrested along Zaria road, Jos, with quantities of cocaine and Tramadol recovered from him as well as a Sienna Bus (BWR 584 AL), Toyota Camry car (RBC 461 BF) and N 277, 000, which the suspect offered to the narcotic officers as bribe but was rejected.

“In Delta state, the bid by 38-year-old Ejike Obiora, to smuggle different quantities of cocaine and heroin into the Nigerian Correctional Centre, Ogwashi-Uku, Aniocha South local government area , was foiled on  January 8, when he was discovered to have concealed the drugs in foodstuffs meant for an inmate.

“This is even as 598kg cannabis was recovered during a raid in Owo area of Ondo state with the two owners: Arataye Raimi, 41, and Tope Osinnuwa, 36, eventually arrested in follow up operations.

“While one Abdullahi Mohammed was arrested in connection with the seizure of 48.5 blocks of cannabis in Potiskum, Yobe state, another fake security agent, Dike Davison was nabbed at Aliade, Benue state with 50grams of cannabis and 29 rounds of live ammunition of 7.62mm caliber.

“In Abuja, FCT, a buy and bust operation on Friday January, 14, led to the arrest of  Habib Yusif, 41, with a total of 28.2kg cannabis recovered from him, while in Osun state, the trio of Samuel Joseph; Francis Ujor and Sola Johnson were arrested in Onikoko village Area 5, Ile-Ife, with 100 bags of cannabis weighing 1,530 kilograms recovered from them on Thursday January 13.

“While commending the officers and men of the various commands for their remarkable efforts, Chairman and Chief Executive of NDLEA, Brig. Gen. Mohamed Marwa (Retd) assured them that their sacrifices, dedication to duty and exceptional feats would  not go without commensurate commendation and rewards.

Lagos to divert traffic on Dopemu Road for three months 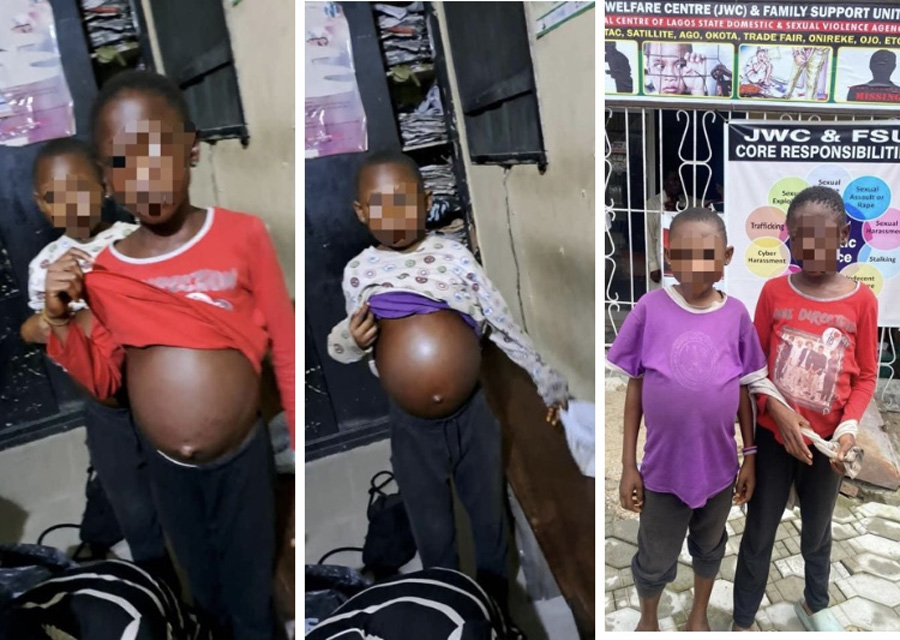 The police in Lagos have arrested three men over allegation that the convert under-aged children to objects of begging for alms by injecting them with substances that make their stomachs to swell up.
Images of the children seen by the NPO Reports show that they appear kwashiorkor-striken.
After being injected with the unknown substances, the men then take them out seeking financial assistance for medical bills.

“These men get minors from villages, get a medical doctor to allegedly inject them with substances that make their stomach swell outrageously, and parade them in road traffic as critically sick, to get alms from motorists,” revealed SP Benjamin Hundeyin, spokesman of the command of the police in Lagos.
Hundeyin said investigation are still ongoing, just as he advised parents to be careful who they hand over the children to. 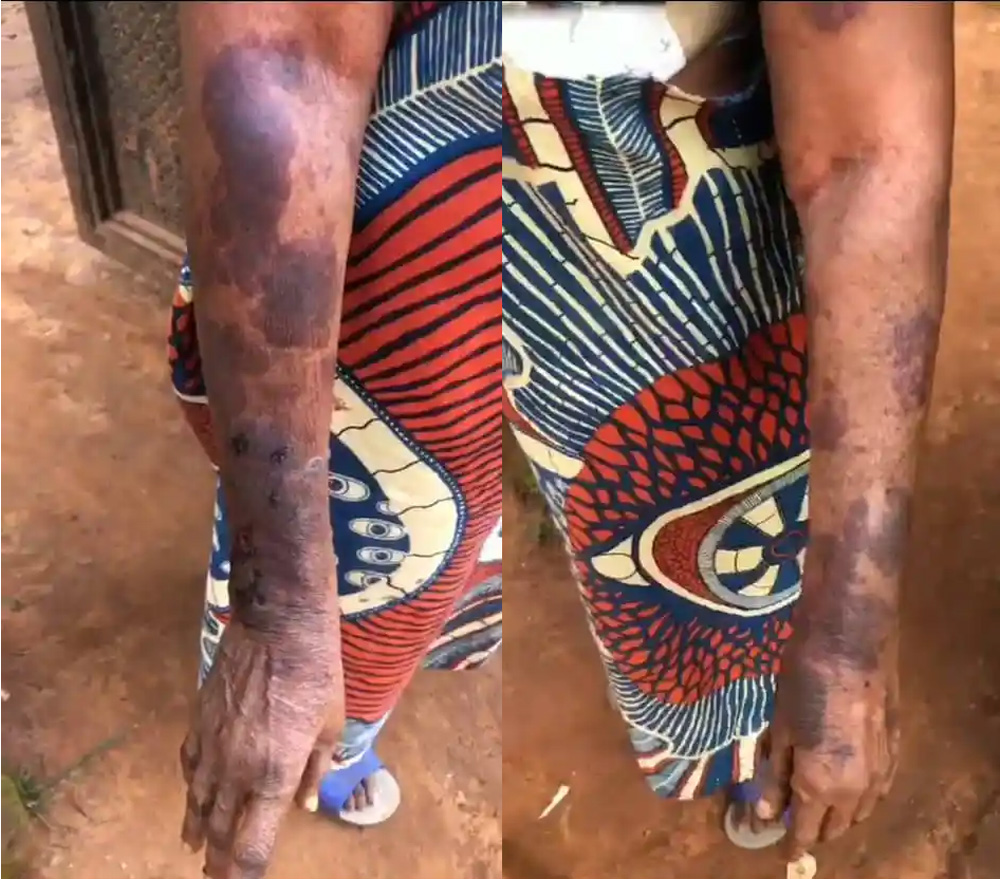 Francisca Adaobi (not real name) and her son were heading to All Saints Cathedral, Awka Road, Anambra State, on the morning of September 24 when a task force team stopped them and assaulted her until she bled.

Her son, who wishes not to be named for safety reasons, told FIJ that he was at the scene and confirmed a member of the Solution Team Task Force brutalised his mother.

According to him, the task force team also stole N300,000 and asked for a bribe before absconding.

“We left home around 9:50 am on Saturday, September 24th, headed to the church, All Saints Cathedral, on Awka Road. So, from the expressway, there was traffic congestion and people were going on their way. We also passed about two police checkpoints before we diverted into the street,” Adaobi’s son narrated.

“On our way, we reached a restaurant called 5 Star, members of the taskforce accosted us inside a white minibus. There were about six or seven of them. They had thrown some tyres on the road to prevent us from moving forward. But other people were driving past us and they (the task force) allowed them.” 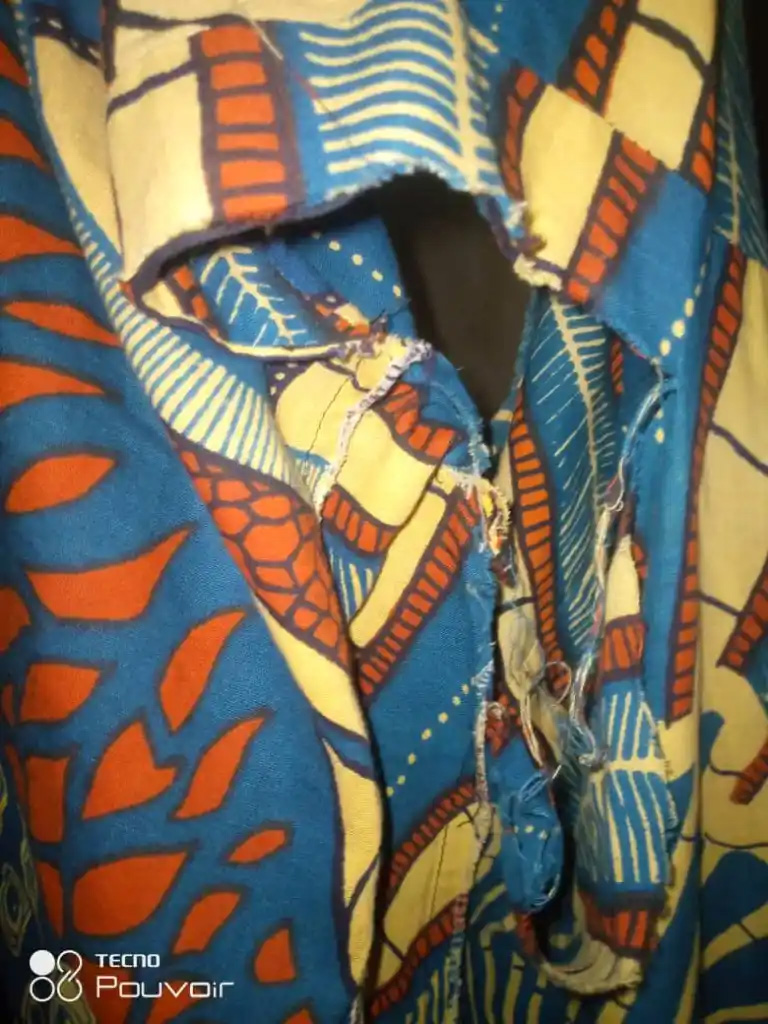 The task force team told Adaobi and her son that they were violating the environmental sanitation curfew.

On designated Saturdays, the state government restricts Anambra residents from moving on the roads till 10 am. This curfew ensures people stay at home and observe a mandatory environmental sanitation exercise.

The task force team claimed that Adaobi and her son broke the curfew, but, according to her son, the same team allowed other motorists to move around them.

“Vehicles were passing, so I don’t know how it was only us that were violating the sanitation law. When this commotion was happening, about three or four of them jumped into our vehicle. I had about N300,000 cash with me inside the car. That money was stolen in the process,” said Adaobi’s son. 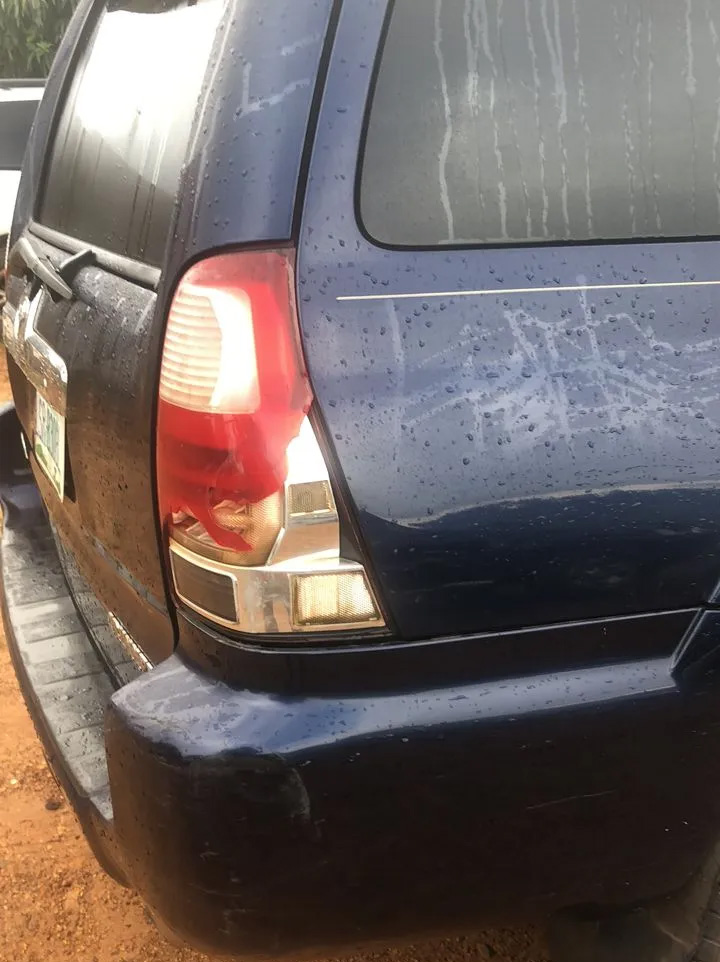 Damage done to the victims’ vehicle

“Someone also took my phone, which I later saw with one of them. I had to fight that person to recover my phone immediately. But we did not realise the money was missing until we started searching for it. We searched and found out that our money was missing. N300,000!”

“According to them, they were sent on the job by the governor. When all this was going on, they started asking us for money. They wanted N20,000 as a bribe so that they would let us go. We refused to give them the money and they started struggling with us. They asked us to follow them, but they did not tell us where we were going to.”

Adaobi and her son refused to follow the task force officials. According to the son, it all seemed they were up to something and he was not ready to go to an unspecified location.

The struggle to take over the vehicle from its owners led to damages on the car and grievous bodily harm on Adaobi. FIJ obtained pictures and footage which showed Adaobi’s bloodied hands.

“They tried to get the keys of the vehicle and ensure that they did some damage to the vehicle. Immediately they assaulted her, they disappeared,” Adaobi’s son told FIJ. He also told FIJ that the team, armed with sticks, was led by one Chukwudi, also known as Omaliko.

Adaobi’s children went to Central Police Station, Onitsha, to report the assault. They wrote and submitted a statement, but a policewoman asked them to pay N20,000 before the police would take up the case.

FIJ contacted Remi Adeoye, Onitsha Divisional Crime Officer, and he said that he would contact the Divisional Police Officer (DPO). Adeoye claimed that the DPO would never ask for money before working on a case.

“I will get across to the DPO. The DPO will never ask them for money. Let them go to the DPO and complain that they were asked to bring money,” Adeoye told FIJ. 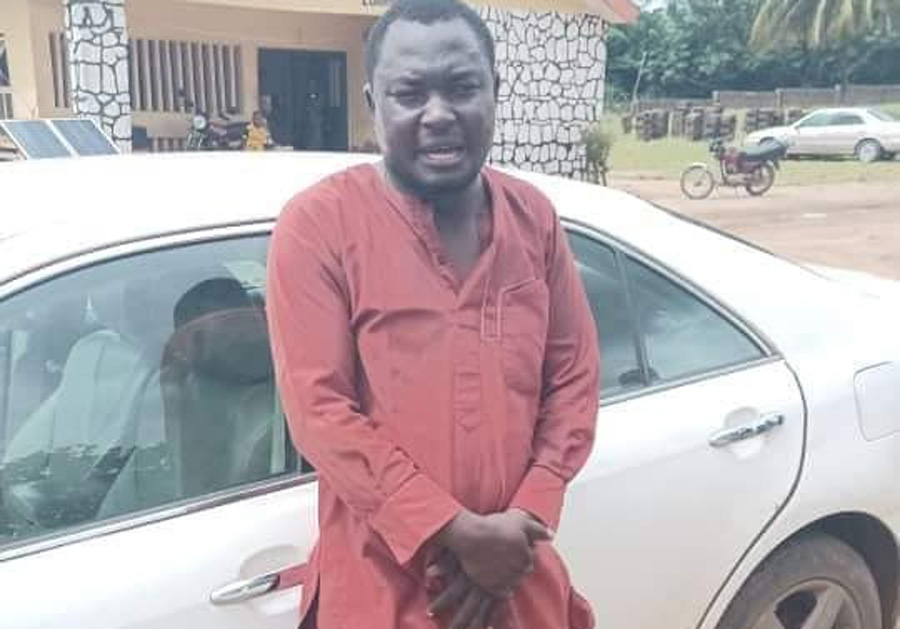 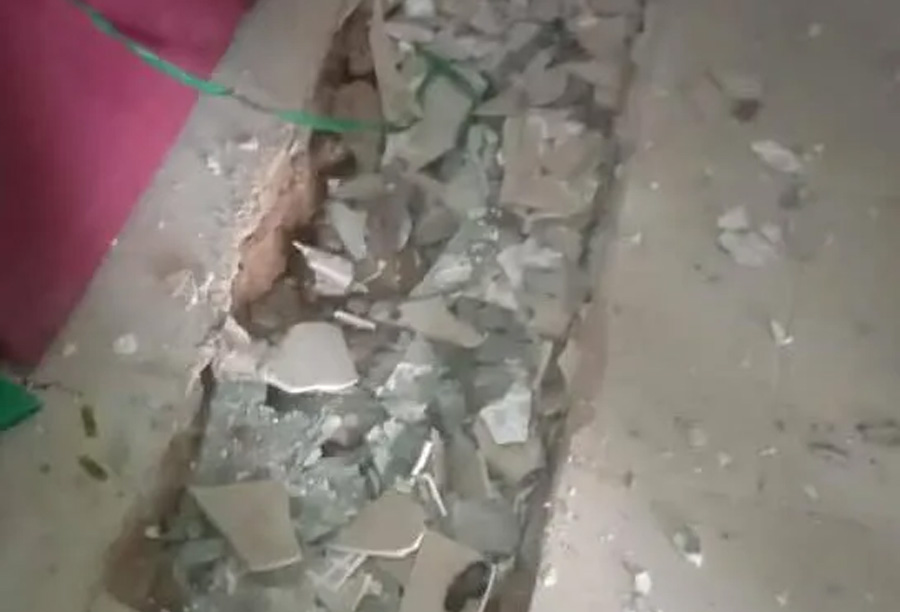