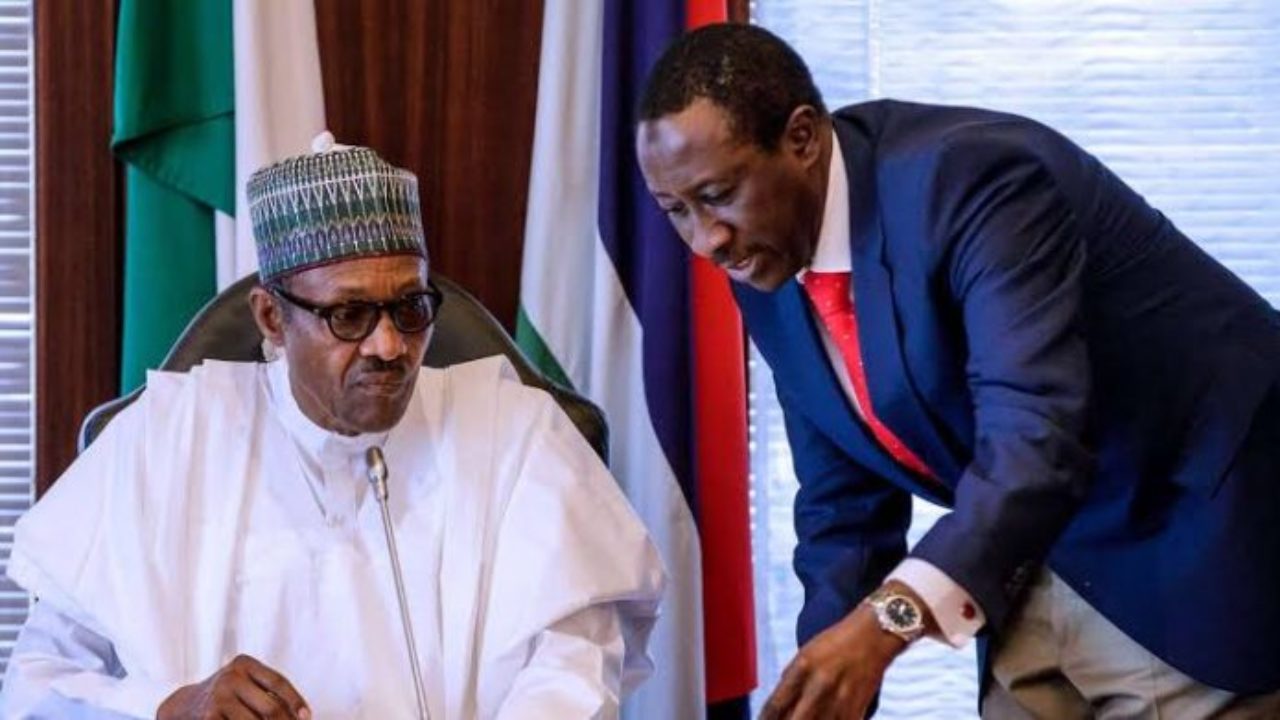 President Muhammadu Buhari has given fresh marching orders to service chiefs and other heads of security agencies to end abductions and killings of innocent people in the North-Central and North-West.

He stated this on Tuesday three weeks after he met with the service chiefs, where he vowed not to leave office as a failure.

He directed security chiefs to find tactics to solve the security challenges in the country.

The President gave the order after receiving a briefing from security heads at the Presidential Villa, Abuja.

He commended them for their efforts so far, which he said were yielding positive results in the Northeast and Southeast.

On August 19, President Buhari promised to do everything possible to address the security challenges facing the country and expressed his wish not to leave government in 2023 “as a failure”.

Monguno, who briefed State House reporters after that meeting, said the President expressed happiness over the successes recorded so far by the security agencies in the fight against insurgents, bandits, kidnappers, and other criminal elements in various parts of the country.

But between the last meeting of the President with security chiefs and yesterday, there were some major security breaches, such as invasion of the Nigerian Defence Academy (NDA) in Kaduna State, mass abductions in Zamfara State and reprisal killings in Plateau State.

Monguno’s absence raised a cloud of dust, especially after last Wednesday’s sacking of the Minister of Power, Sale Mamman, and the Minister of Agriculture and Rural Development, Mohammed Sabo Nanono, for ‘non-performance’.

It was gathered that more heads are expected to roll as President Buhari begins an unprecedented move to weed out non-performing ministers from his cabinet.

The service chiefs at the meeting were led by the Chief of Defence Staff, Gen Lucky Irabor. The Inspector-General of Police, Usman Alkali Baba; Minister of Interior, Rauf Aregbesola; Minister of Justice and Attorney General, Abubakar Malami; and the Minister of Foreign Affairs, Geoffrey Onyeama, were all in attendance.

Buhari’s position was made known to State House correspondents by IGP Alkali after the three-hour meeting.

He said the President also directed them to redouble their efforts to restore security across the country to enable citizens go about their normal business.

He said, “Service chiefs and the intelligence chiefs have been able to brief the President on the security situation in the country. The President has also observed and made a remark that the constitutional responsibility of government is the provision of security, and he is ready to provide such.

“We should reinvigorate our efforts, which are yielding results in the Northeast, Southeast, but there is more to be done in the North-Central and Northwest, where people are worried. He has intelligence and information that schoolchildren and students are abducted, selective abductions and killings are going on. This narrative must change. We have assured him and promised him that we’ll make efforts to do more.”

The Minister of Defence, Gen. Bashir Magashi (rtd), also told newsmen after the meeting that the government reviewed the situation in the country and concluded that it can resolve the security challenges, especially in Zamfara State, with the cooperation of Nigerians.

According to him another batch of six A-29 Super Tucano Jets will arrive in the country next week while the jets in the first batch already delivered are being test run.

The Zamfara State Commissioner for Information, Ibrahim Dosara, has said the military onslaught against bandits is yielding tremendous success, especially since the shutdown of telecoms services in the state.

Related Topics:BuhariinsecurityNSAservice chiefs
Up Next