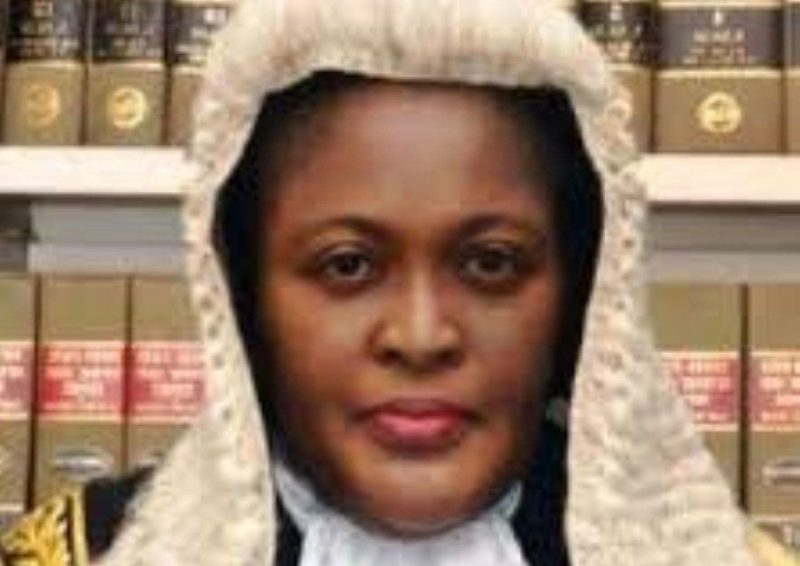 Some operatives who laid siege to the Abuja residence of Supreme Court Justice Mary Odili have been arrested, Inspector-General Alkali Usman announced yesterday in Lagos. The police boss neither gave the number of those arrested nor their organisations.

But he said the circumstances surrounding the incident were being investigated.

In his first comment on the incident,  Chief Justice of Nigeria (CJN) Ibrahim Muhammad warned that the Judiciary under his watch would no longer tolerate any form of indignity from other arms of government.

Also yesterday, the Body of Senior Advocates of Nigeria (BOSAN),  cautioned that the siege to Supreme Court Justice‘s home must  “not be politicised” as  “it is   a matter of huge  political and constitutional importance.”

Justice Odili’s residence was on Friday night under a siege by armed security operatives who claimed their mission was to execute a Chief Magistrates’ Court search warrant.

Attorney-General of the Federation Abubarkar Malami (SAN), the Department of State Services (DSS) and the Economic and Financial Crimes Commission (EFCC) denied any involvement in the act, which drew widespread condemnation.

Following public outcry, Usman on Monday disclosed that an investigation into the incident had commenced. He assured Nigerians that the perpetrators would be fished out and brought to justice.

Yesterday, the IG gave an update on the matter during a two-day capacity-building workshop for security operatives in Lagos and Ogun states in Lagos.

He said: “I have taken my time not to speak quickly on this issue to ensure that when I speak, I am able to give Nigerians information on what transpired or what has been done.

“To the best of my knowledge, we have been able to arrest the perpetrators and we are investigating the circumstances surrounding the invasion or siege to the judge’s residence.”

In Abuja, the CJN, who hosted BOSAN leaders, condemned the siege to Odili’s home, saying that “enough is enough.’’ Warning that the judiciary “cannot only bark but can also bite,” he added that it (Judiciary) had commenced independent probe into the matters.

“We wish to make it abundantly clear that the Nigerian Judiciary is the third arm of the government of the Federal Republic of Nigeria and should be respected and treated as such,” Muhammad said in a statement by Supreme Court’s Director of Information, Festus Akande.

the statement reads: “The Judiciary should never be misconstrued by any individual or institution of government as the whipping child among the three arms of government that must always be chastised and ridiculed to silence because of our conservative disposition.

“The Judiciary cannot only bark, but can also bite. We can no longer be treated with disdain and levity. .

“We are alarmed with the news of the unwarranted and despicable raid on the official residence of one of our senior justices,  Justice Mary Peter Odili, in a Gestapo manner that unfortunately depicted a gory picture of war by some armed persons suspected to be security operatives representing different agencies of government, who seemed to have come to kill and maim their target under the guise of undertaking a search whose warrant was questionable and baseless.

“We are deeply saddened and taken aback by this uncivilised and shameful show of primitive force on an innocent judicial officer that has so far spent several years of her productive life serving the country she calls her own.

“We have had a full dosage of this fusillade of unwarranted and unprovoked attacks on our judicial officers and even facilities across the country and we say it loudly now that enough is enough.

“We have commenced a full-scale independent investigation to unravel the true masquerades behind the mystery as well as the real motives behind the whole imbroglio.

“Similarly, we call on the IGP  to   make his findings known to the Nigerian public with a view to bringing the perpetrators to justice as quickly as possible.”

“The Nigerian Judiciary cannot only bark, but can also bite. We can no longer be treated with disdain and levity.”

Awomolo, who led the delegation, said:   ”When judges’ lives, careers, security, and safety are threatened, then, democracy is also threatened.

”This incident appears to be in isolation, but we cannot let it be swept under the carpet. The incident must be investigated and investigated thoroughly.

“There are three arms of government; the Executive, the Legislature, and Judiciary. One is not supposed to be in ambush or overriding the other or threaten the other’s existence, otherwise, democracy is at risk.”

In a statement by its spokesman, Kola Ologbondiyan, the PDP  warned    the Federal Government against  sweeping  the matter under the carpet “on the guise of misleading whistleblower operation.”

The party condemned what it called coordinated assault on our institutions of democracy.”