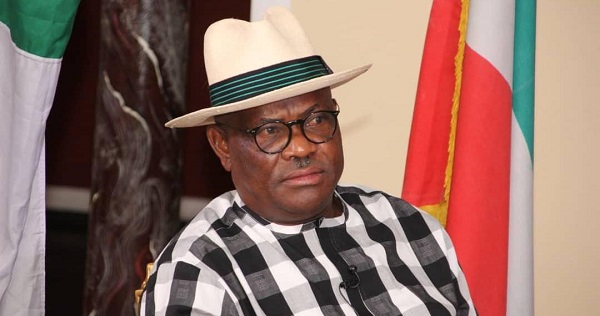 The Rivers State Government has sought the intervention of the Supreme Court on the impasse between the state government and the Federal Inland Revenue Service over collection of Value Added Tax.

It specifically asked the Supreme Court to set aside an order of the Court of Appeal which directed the state to maintain status quo on the collection of VAT pending the determination of an appeal filed by the FIRS.

A federal high court in Port Harcourt had issued an order restraining the FIRS from collecting VAT and personal income tax in Rivers State.

Although the federal tax authority had appealed for a stay of execution, the court dismissed it on the basis that it would “negate the principle of equity”.

The FIRS went to the Court of Appeal. And the appellate court while delivering a ruling on Friday, ordered parties in the suit to maintain the “status quo ante bellum” (to maintain the situation as it existed before).

A three-member panel of justices of the appellate court led by Haruna Tsammani specifically ordered all the parties in the suit to ”refrain from taking any action to give effect to the judgement of the Rivers state high court,” which gave Rivers state government the right to collect VAT revenue, instead of the FIRS.

In its 10 grounds of appeal lodged before the apex court, Rivers state through its attorney-general is praying the apex court to order that the substantive appeal by the FIRS, marked CA/PH/282/2021, and all other processes therein, be heard and determined by a new panel of the court of appeal.

Apart from the FIRS, the Attorney-General of the Federation was joined as a respondent in the appeal.

Emmanuel Ukala, a senior advocate of Nigeria, is the lawyer representing Rivers State.

Lagos State Government has asked to join as a party in the appeal after passing the state’s VAT bill into law.