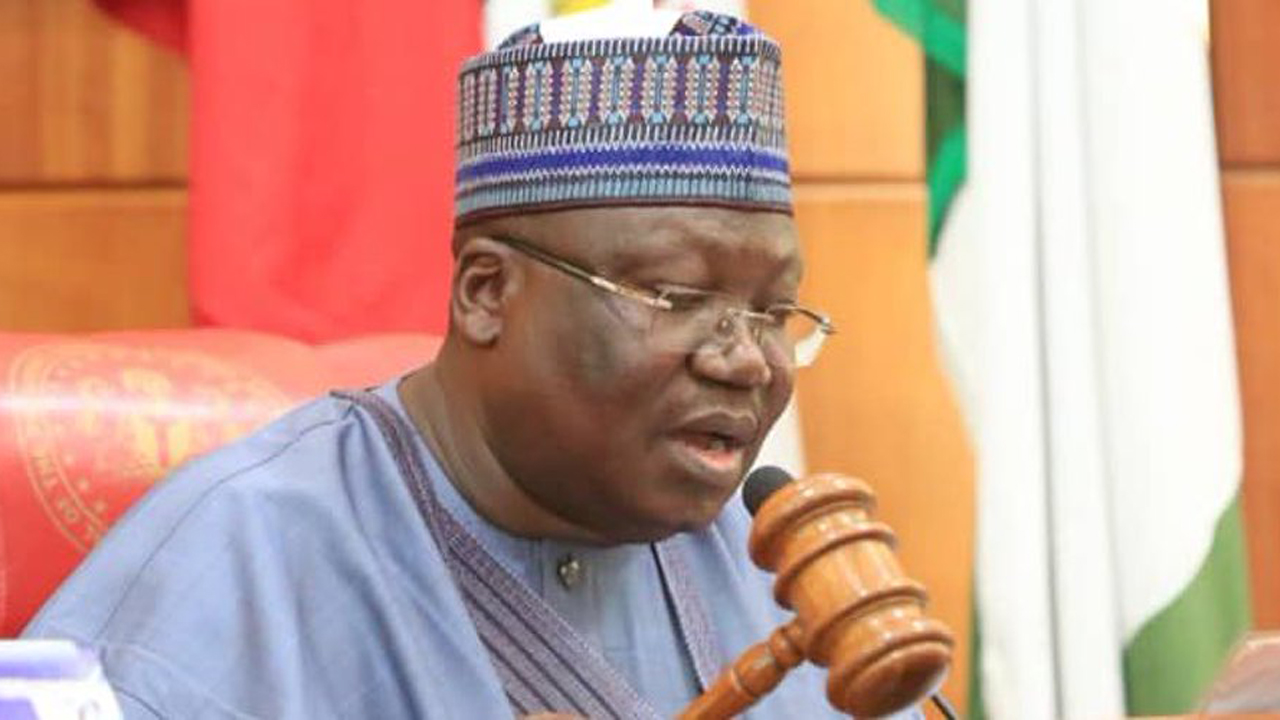 The Amendment of a bill to include Kogi, Lagos, Anambra, Gombe and others among the Niger Delta Development Commission (NDDC) scaled second reading at the Senate on Wednesday.

The bill titled: “A bill for an Act to amend the Niger Delta Development Commission (NDDC), Act No 6, 2000 and for other related matters connected therewith, 2021”, was sponsored by Senator Adeola Solomon Olamilekan representing Lagos West Senatorial district.

Olamilekan in his lead debate submitted that the NDDC Act was activated over 21 years ago and since then, oil and gas have been discovered in Lagos, Kogi, Anambra, Gombe, Bauchi and other States, hence, the amendment would offer an opportunity for the Act to capture peculiarities of the new oil states.

In his contribution, Senator Ahmad Baba Kaita representing Katsina North Senatorial district, having supported the amendment proposal, recalled how a former GMD of NNPC told Senators previously that Nigeria would become one of the largest oil producers in the world if oil discoveries in the country are harnessed.

He said: “Thank you Mr President I remain Senator Ahmad Baba Kaita, Katsina North Senatorial district. Regarding the motion on the oil-producing States, I think what is good for the goose is good for the gander. In a state like Borno, where oil has been discovered, I remember the former Group Managing Director of NNPC arguing here that with such states coming on board, Nigeria will be one of the largest oil producers if we harness our resources.

“In this case, it is only fair for us to consider those states that produce oil because the exploration is going to affect the environment. The idea behind that motion is consequences of oil exploration.”

However, Senator George Thompson Sekibo urged Senators to treat the amendment with caution.

He advised lawmakers to find out if those states have started contributing to the Federation account through their oil, adding that exploration of oil in commercial quantity was precedent since the derivation sharing was based on the quantity of oil produced

“Mr President, I congratulate these States where they said they have discovered oil. What I want to know is whether they are of commercial quantity and whether there are being drilled out now and the money is going into the Federal government Account.

“We have not confirmed that one yet but as oil has been discovered there, we want the oil to come out of every soil in Nigeria. Are they exploring the oil? Are they refining oil there and has oil caused devastation in those States.

“Mr President, the purpose of the Niger Delta Development Commission Act is not because they found oil there but because the oil has caused so much devastation and there was a need to remedy the place.”

According to him, the inclusion of some northern oil states in the Act will defeat the original intention of the Act.

He said: “Thank you Mr. President. I am Senator Mathew Uroghide representing Edo South Senatorial district. I consider it a privilege to contribute to a bill being sponsored by Senator Solomon Adeola Olamilekan. I am not particularly against the sponsor of the bill, but I feel the bill must be properly presented.

“Senator George Thompson Sekibo just mentioned the 13% derivation which each oil-producing States get which is a function of oil production.

“Oil production in Gombe and Bauchi and other northern States are already coming to a reality, but to take these States as the Niger Delta States is not right.

“But if there is any percentage for States that produce oil, be it Sokoto, be in Borno, of course, they should benefit, but that does not make them part of Niger Delta. To say other Sates are part of the Niger Delta makes a mockery of the original idea of the NDDC Act.

“The NDDC was created as an interventionist to media mediate in degradation of the environment due to oil exploration.”

A public hearing was expected to be conducted for a wider consultation preparatory for its final passage into law. 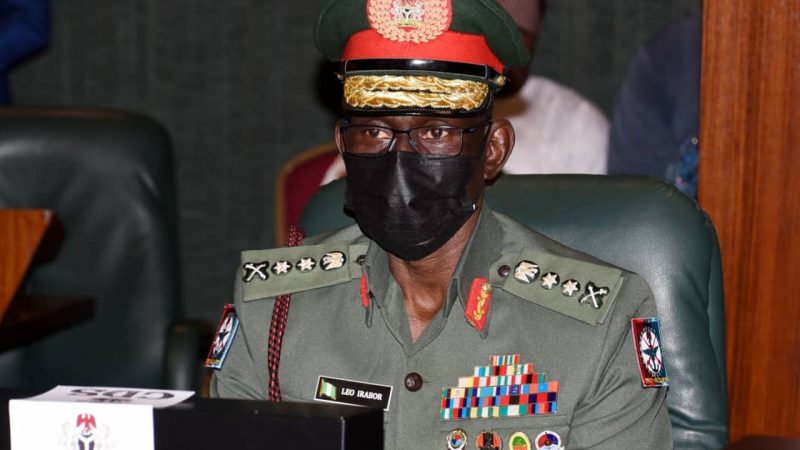 The Defence Headquarters has confirmed its arrest of suspected terrorists behind the attack on St Francis Catholic Church, Owo, Ondo State, that killed scores of worshippers.

Chief of Defence Staff, Gen. Lucky Irabor, said this on Tuesday at a media briefing in Abuja.

Some gunmen suspected to be terrorists on June 5 attacked the church, with 40 people confirmed dead after the incident.

On June 17, the funeral for the slain worshippers was conducted at the Mydas Resort and Hotel in Owo.

The names and photographs of those killed in the church were published in the funeral handbook, while 74 names were listed as those who sustained injuries during the attack. 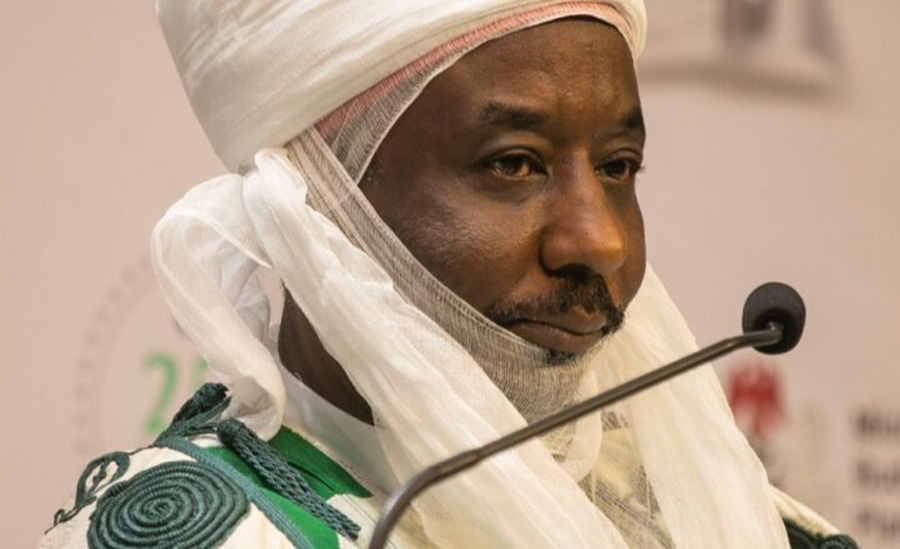 He also lamented the current state of the nation, saying Nigeria would  not be where it is if public office holders had taken their job seriously.

The former emir, who spoke in Lagos at a stage play titled “Emir Sanusi: Truth in Time”, said every inherent danger in the economic polices he had warned the administration when he newly came on board in 2015/2016 was what the country was facing currently.

The former Kano Emir recalled how he wrote a confidential letter to ex-President Goodluck Jonathan as the Central Bank of Nigeria (CBN) governor voicing his strong concerns about the economy.

“If every president, every governor, every minister, every commissioner took their job seriously, this country will not be where it was,” he stated.

“If people are willing to be ministers, commissioners, governors and presidents for eight years, and not tell us how they have improved our lives, we have a problem.”

He charged politicians to be accountable to the people.

Sanusi asked Nigerians to take charge of the country, he said Africa’s most populous nation will not move forward until actual steps are taken.

The ex-CBN governor also spoke on why he usually criticises government policies he found not to be good enough, saying what many do not know is that he would have advised the officials privately for months before going public.

On the current administration, Sanusi said he warned the Federal Government of the dangers of its policies in 2015, especially how it would destroy the economy.

“With the current administration, I spent the whole of 2015 and 2016 speaking to everybody who should be communicated to, and telling them that the economic policies they were pursuing were going to destroy the Nigerian economy.

“It was only when that failed that I spoke publicly, and we had to speak. Now the question which everybody is asking is should an Emir speak? The answer is yes and it depends on what you are speaking on,” he added.

According to Sanusi, he served as Chief Risk Officer at the United Bank for Africa, at First Bank, and also as CBN governor; as Emir of Kano for six years.

He stated that he would be ungrateful to God if he expressed regret or sadness over his removal as emir despite his position in life. 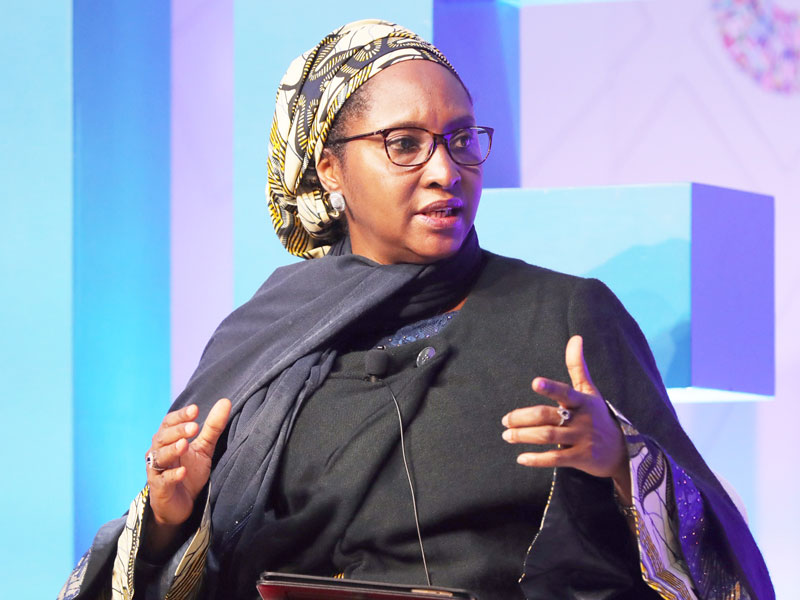 However, the newly released World Bank Fiscal Year 2022 audited financial statements for IDA showed that Nigeria has moved to the fourth position on the list, with $13bn IDA debt stock as of June 30, 2022.

This shows that Nigeria accumulated about $1.3bn IDA debt within a fiscal year, with the country taking over the fourth top debtor position from Vietnam.

This debt is different from the outstanding loan of $486m from World Bank’s International Bank for Reconstruction and Development.

The top five countries on the list slightly reduced their IDA debt stock except Nigeria.

India, which is still the first on the list reduced its IDA debt stock from $22bn in the previous fiscal year to $19.7bn, followed by Bangladesh from $18.1bn to $18bn.

Nigeria has the highest IDA debt in Africa, as the top three IDA borrowers (India, Bangladesh and Pakistan) are from Asia. The World Bank disclosed recently that Nigeria’s debt, which may be considered sustainable for now, is vulnerable and costly.

The bank said, “Nigeria’s debt remains sustainable, albeit vulnerable and costly, especially due to large and growing financing from the Central Bank of Nigeria.”

However, the Washington-based global financial institution added that the country’s debt was also at risk of becoming unsustainable in the event of macro-fiscal shocks.

The bank further expressed concerns over the nation’s cost of debt servicing, which according to it, disrupted public investments and critical service delivery spending.

Economists have also raised concerns over the rising debt profile of the Federal Government.

The Fiscal Policy Partner and Africa Tax Leader of PwC, Mr Taiwo Oyedele, expressed his agreement with the World Bank on the high cost of debt servicing.

He said, “I agree with the World Bank. Although the debt to GDP ratio is not too high, if you think about the debt service cost to revenue ratio, it is already over 70 per cent. That’s when you know it’s costly.

“Nigeria borrows at double-digit, and even when we borrow in dollars, the rates are very high and then you devalue the naira and the cost of servicing the debt in naira goes up because it is dollar-dominated debt.

“Put all of that together, and you can easily say to yourself that even though our debt to GDP ratio is very low, our cost of borrowing is unsustainable because it is very high, and therefore, make it very costly.”

A former Deputy Governor of the Central Bank of Nigeria and former presidential candidate, Kingsley Moghalu, also criticised the increasing borrowing tendency of the government, urging the officials to re-consider other ways of generating revenue for the country.

According to Moghalu, it was also not reasonable to borrow for infrastructural development as the government could expand the public-private partnership options for such development.

In a document by the Director General of the Debt Management Office, Patience Oniha, recently obtained by our correspondent, the DMO stated that high debt levels would often lead to high debt services and affect investments in infrastructure.

According to the DMO DG, “High debt levels lead to heavy debt service which reduces resources available for investment in infrastructure and key sectors of the economy.”