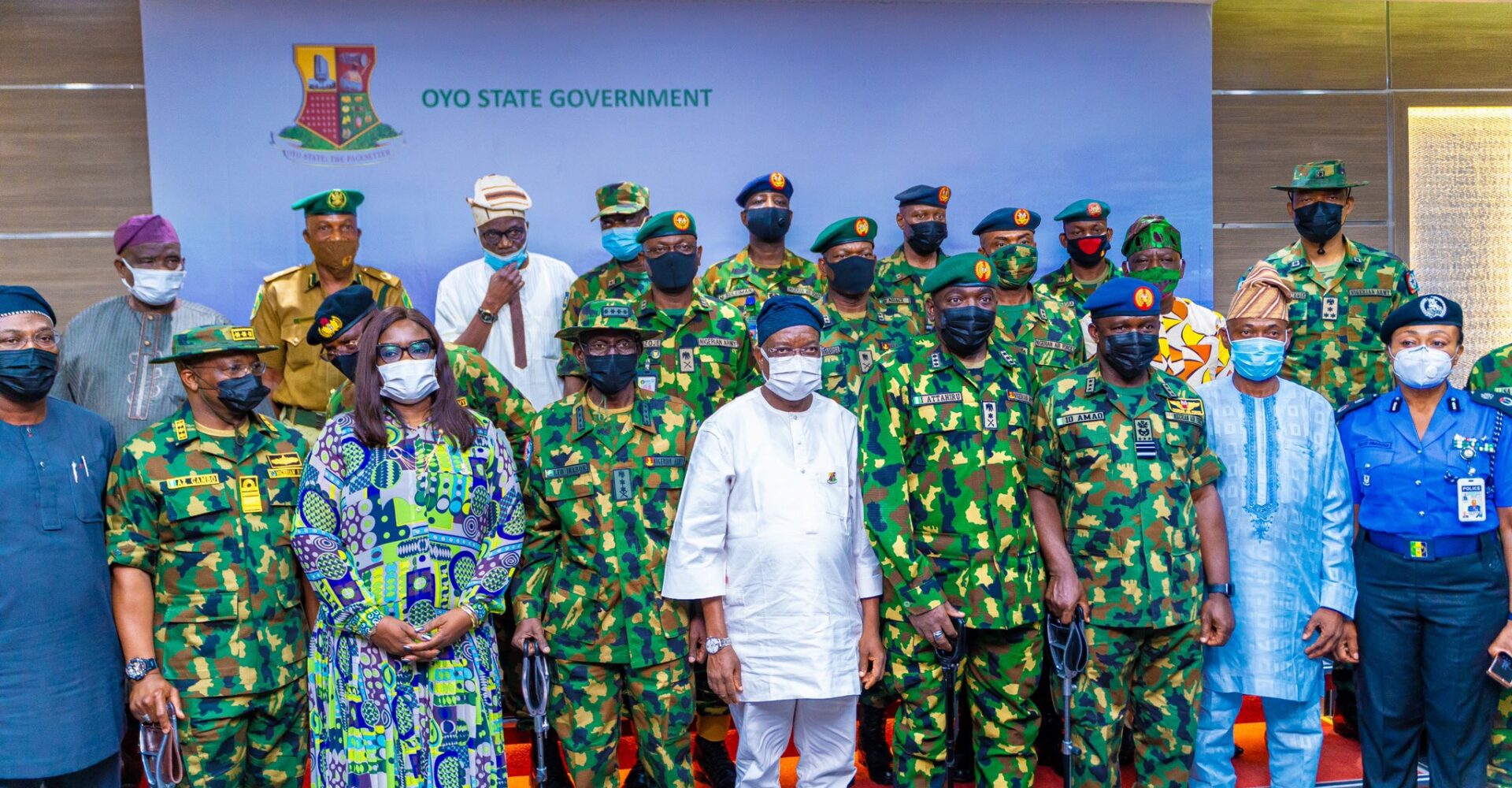 He made the promise when he led other service chiefs on a visit to Oyo State Governor Seyi Makinde at the Governor’s Office, Ibadan, on Thursday.

Irabor said they were in collaboration with other security agencies to address all issues of insecurity.

While recognising the police as the first tier in internal security, Irabor assured of the constant intervention of the Armed Forces as the need arises.

He said, “The leadership hierarchy of the Nigeria Armed Forces changed very recently and we considered it expedient to go round to see our troops, officers to familiarise ourselves with them and beyond that to equally bring the charge of Mr President to them having being charged to take all measures necessary to address the various security challenges across the country in partnership with other security agencies.

“We have had specific interaction with our troops and we felt it necessary to let you know that we are working assiduously to address all issues that have to do with insecurity, of course, in partnership with other security agencies.

Oyo deputy governor, Mr Rauf Olaniyan who received the service chiefs on behalf of Governor Makinde, demanded the Nigerian Armed Forces to deploy more troops to the Oke-Ogun area of the state.

Makinde hinged this appeal on the existence of borders around Oke-Ogun making it vulnerable to security issues.

He said the state government would continue to provide logistics support for security agencies.

Related Topics:Makindeoyoservice chiefs
Up Next