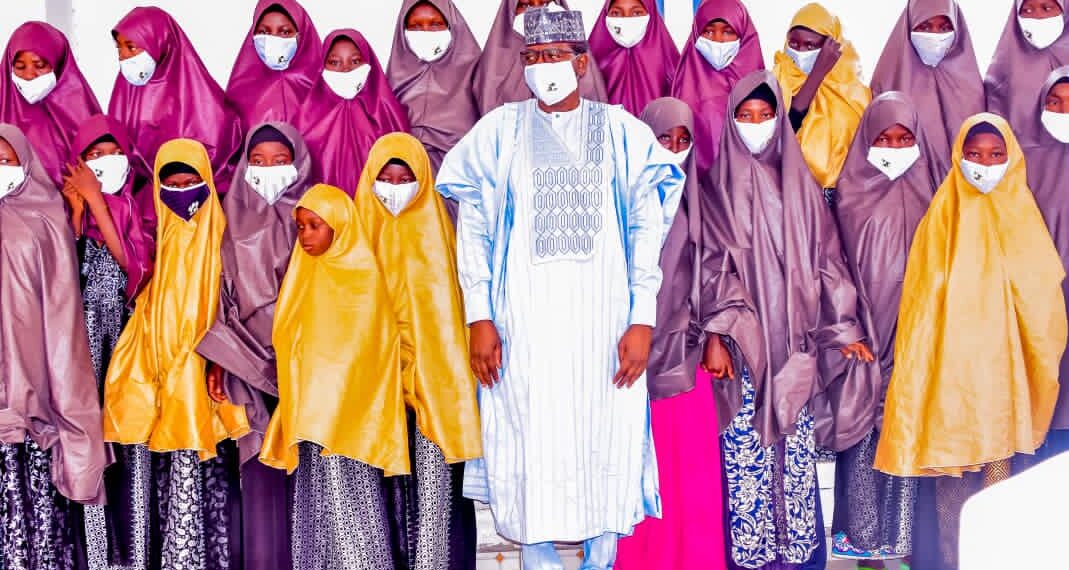 A community in Katsina State, where 26 girls were abducted by bandits, has countered the claim by the Zamfara State Government that no ransom was paid to secure their release from captivity.

Indeed, the community said they paid over N6m to the kidnappers as ransom for the release of the abducted girls

The girls were said to have been randomly picked from houses in Garin Aja on October 13, 2020, only to be released on November 6. The community shares border with Zamfara State, Daily Trust reports.

“Those abducted included girls and spinsters. The bandits moved from house to house and selected their victims,” one of the sources said.

“The abductors did not bother to pick children or the old; they carefully selected girls and young women who either lost their husbands or divorced. They also asked their parents to pay a ransom and get their wards back. The parents simply complied because they want their children back and safely,” another source said.

The Zamfara State Government delegation, led by the Commissioner for Security and Home Affairs, Alhaji Abubakar Dauran, handed over the 26 girls to Katsina State Governor, Aminu Masari at the weekend.

The Special Adviser to the Governor on Public Enlightenment, Media and Communication, Zailani Bappa, told Daily Trust last night that the girls were released after negotiations and dialogue with the armed bandits.

Governor Bello Matawalle had earlier tweeted that: “I interacted with 26 rescued girls after medical professionals have ascertained their physical and mental fitness following days of trauma suffered in kidnappers den.

“The young girls kidnapped from Katsina State were rescued on 6/11/2020 as a result of our intervention.”

But the village head of Dan-Aji, Alhaji Lawal Dogara, told newsmen on Monday in Katsina that the community paid N6.6 million ransom to free the girls.

“The governor of Zamfara State should stop claiming credit for the release of our women because we paid for their release,” Dogara said.

He said two community leaders, Alhaji Abdulkarim Dan Aji and Liman Babangida Dan-Aji, trekked for three days into the forest to deliver the ransom to the bandits.

Meanwhile, the Zamfara State Police Command has confirmed an attack on the state government delegation returning from Katsina State where they handed over the rescued girls to Katsina State Government.

The command’s spokesman, Muhammad Shehu, in a statement on Monday, said the delegation was caught in the crossfire between two warring bandit groups who were fighting for supremacy at Dogon Karfe, Gidan Jaja along Zurmi – Jibiya Road in Zurmi local government.

“Unfortunately, a driver in the delegation died in the crossfire. Immediately, the combined Police and Military personnel rushed to the scene to strengthen the existing escort of the delegation,” Shehu added.

Kidnapping is a recurrent decimal in Zamfara, Katsina and the North West in general.