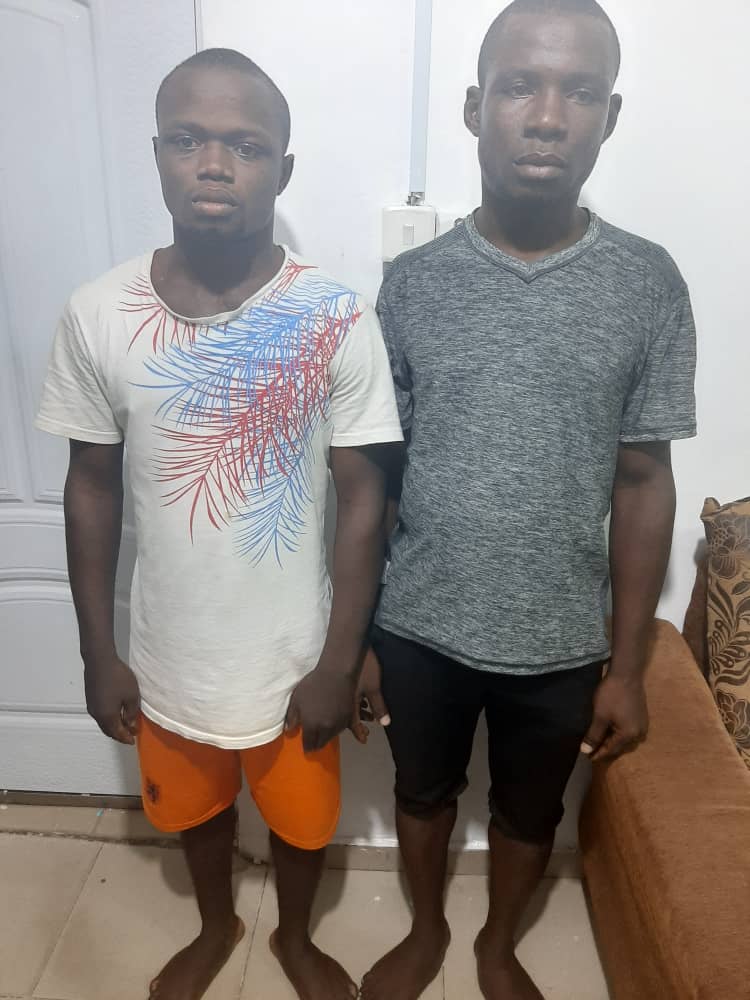 Two members of a kidnap syndicate have been arrested for their alleged involvement in the abduction of an eight-year-old boy in Lagos.

The police, who identified the suspects as Desmond Ikechukwu Okafor, 21, and Egwuonwu Gift Iyke, 34, alleged that the suspects kidnapped the eight-year-old boy, Daniel Chukwudi, on July 11, 2021.

The victim has since been rescued by a team of detectives who had been on the trail of the kidnappers since the incident was reported.

Ajisebutu said Desmond allegedly used his unhindered access to the victim’s parents, lured him from his parents’ home at Aboru, in Ipaja area of Lagos and took him to Ajangbadi also in Lagos where they kept the little boy in their custody for six days before he was rescued.

He said 24 hours after the evil act, the suspects reached out to the victim’s parents and demanded the sum of N2.5m as ransom as a condition for his release from captivity or he would be killed.

“Following a report by the distraught parents, operatives of the State Intelligence Bureau began a painstaking, diligent investigation which led to the arrest of the two suspects in their criminal hideout while the victim was also rescued from his detention where he was kept incommunicado,” he said.

Ajisebutu further stated that the Commissioner of Police, CP Hakeem Odumosu, had directed that the suspects be charged to court.