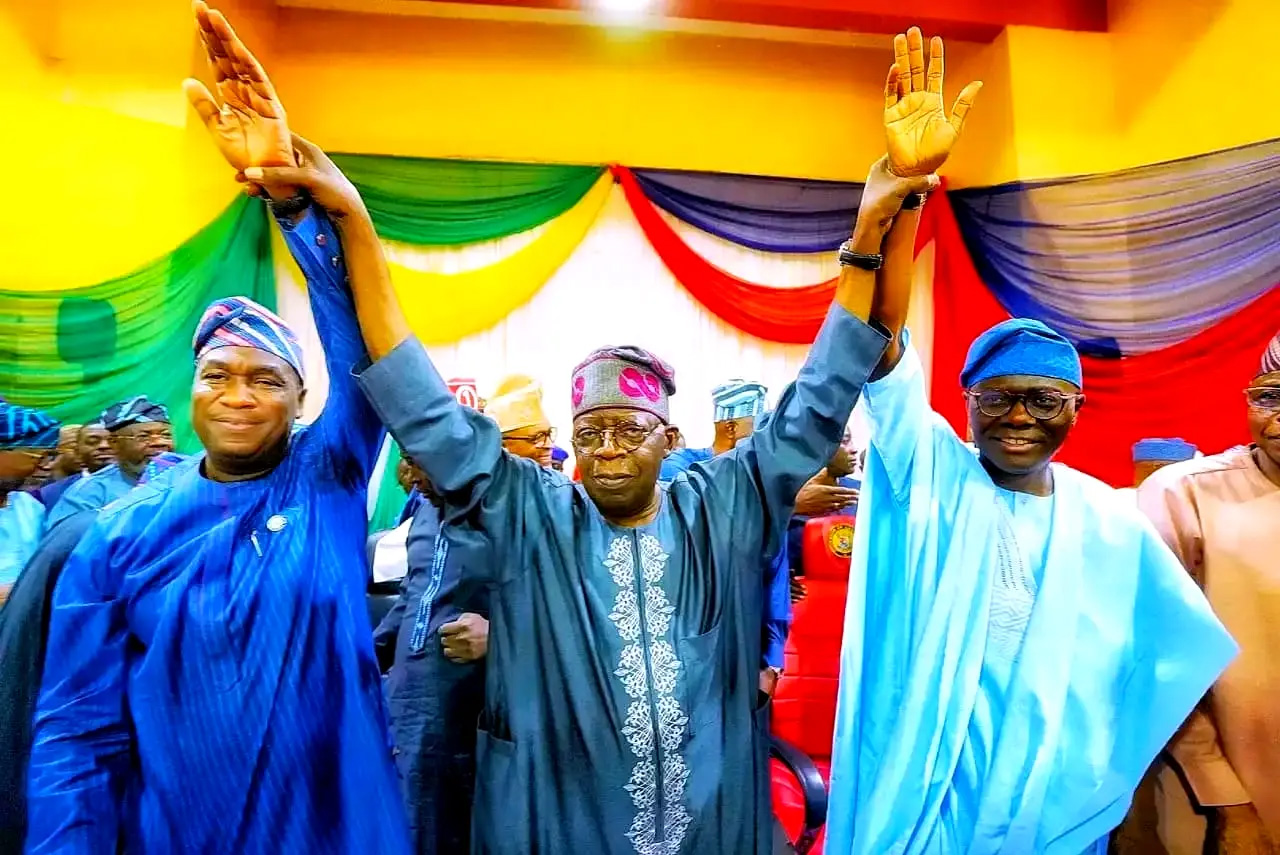 National leader of the All Progressives Congress and presidential aspirant in 2023 election, Asiwaju Bola Ahmed Tinubu has thrown a poser to his opponents, daring them to try and see who wins the party’s ticket and the election proper. He also observed that the reward system in APC was poor, promising to change the system if elected president next year.

Tinubu, a former governor of Lagos State who spoke Thursday evening in Abuja when he hosted the Forum of Former Deputy Governors of Nigeria (FFDGN) also said he would address the economic and security challenges if given the opportunity.

He appealed to the forum to support his presidential ambition and also ensure the unity of the party in their various states to achieve success, starting with Osun and Ekiti elections.

Said he: “Many of you I know, and you have participated in governance and political activities. You have given a value to your various states. When we merged as one and took broom as the symbol of party, broom has a lot of meaning. Let me first of all address our element of constitution, I promise to look into that if elected. Our reward system as APC is very poor, and it was late before I could recognise that. Let me assure you, I won’t repeat that mistake, if I’m elected.

“I know that you still have people who believe in you, in the system. In some states where we have divisions, please, tell us, we have to harmonise and become one. Particularly, Oyo is divided, Osun and Ekiti elections are coming, these elections are precursors to the national election. But for those who have decided to be an opponent, I will not dwell on that, let’s see who wins. But I want to win and I want you to work with me and to convince more delegates,” Tinubu added.

“You can tell from the attendance that the level of enthusiasm was extremely high, when we have a political meeting of this nature, APC members will attend APC meeting and PDP members will attend PDP meetings, same to other political parties, but when we hold meeting, we hold meetings together as one family. We came here to listen to you, we are going to talk less and listen to our leader,” he said
.
Endorses Sanwo-Olu, Hamzat for 2nd term
Meanwhile, Tinubu has endorsed Governor Bababjide Sanwo-Olu and his deputy, Dr Femi Hamzat for second term. He gave his approval during a stakeholders’ meeting with APC chieftains and all 2023 polls aspirants in Lagos where he raised the hands of Sanwo-Olu and Hamzat in practical endorsement of the duo for second term ticket in 2023 poll.

The development became necessary to douse the tension created following reports of plan by the power bloc and Governance Advisory Council, GAC of the party to drop Hamzat as deputy and replace him with the present Secretary to the State Government SSG, Folashade Jaji.

The stakeholders’ meeting was convened by Chairman, APC Lagos chapter, Cornelius Ojelabi, on the need to harmonise interests towards the party’s forthcoming primaries and ensure a rancour free exercise.