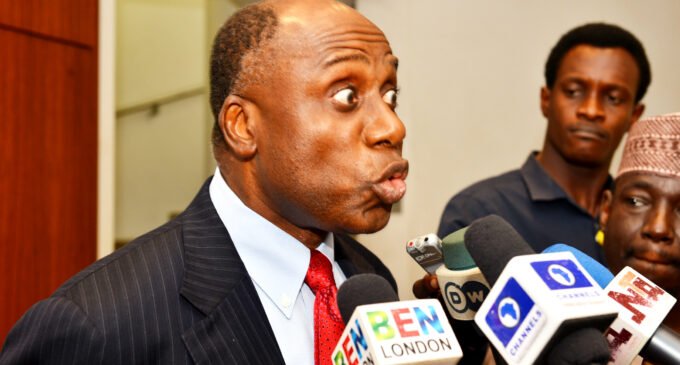 On Thursday, President Muhammadu Buhari suspended Bala Usman as managing director of NPA and approved the setting up of a panel of inquiry based on Amaechi’s recommendation.

Denying the allegation of non- remittance, Bala Usman insisted that the purported failure of the NPA to remit an outstanding balance of N165.32 billion from 2017 to 2018 was a misrepresentation of facts.

She said that contrary to the figures given by the budget office as outstanding operating surplus, the NPA had remitted all that was due to the consolidated revenue fund (CFR)— as stipulated in the fiscal responsibility act of 2007.

Only Bala Usman, who had been having a cold battle with Amaechi, was asked to step aside, effectively suggesting that she, and not the management, is the target of the investigation.

She was nominated as NPA MD in 2016 by Amaechi.  At the time, she was serving as the chief of staff to the Nasir el-Rufai, governor of Kaduna state.

Amaechi tasked the members of the panel to accurately examine procurement processes in the NPA from 2016 to date.

The terms of reference of the panel include examining and investigating the administrative policies and strategies adopted by the managing director of NPA and confirming compliance with extant laws and rules from 2016 to date.

“Examine and investigate issues leading to the termination of pilotage and other contracts of Nigerian Ports Authority and confirm compliance with the terms of the respective contracts, court rulings and presidential directives,” the transportation minister added.

“Examine and investigate compliance with the communication channel as obtained in the public service.

“Examine and investigate the procurement of contracts from 2016 to date. Come up with suggestions and advice that would strengthen the operations of Nigerian Ports Authority and forestall such occurrences in future.”

The panel, which is headed by Auwal Suleiman, director of maritime services, transportation ministry, has six members from the office of the head of the civil service of the federation (OHCSF) and the remaining five from the ministry of transportation.