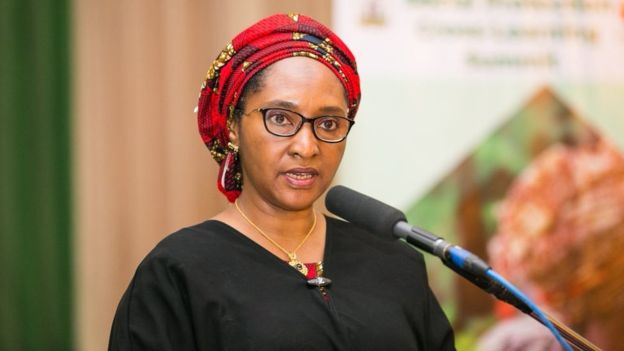 Minister of Finance, Budget and National Planning, Mrs Zainab Ahmed, says the Army got N1,008.84 as budget releases between January 2019 and this year’s first quarter.

She disclosed the amount to the Senate on Tuesday when she appeared before the Senator Ali Ndume-led Senate Committee on Army.

Citing a letter from the Chief of Defence Staff last week, Ndume said the military authorities complained that they had a shortfall of over N50 billion in funds releases by the finance ministry.

She said that the ministry had been “responsible and responsive” in providing funds for the Nigerian Army.

Ahmed said, “The Ministry of Finance and National Planning, and indeed, the President, priorities are given to funding for the Armed of Forces of Nigeria.

“Apart from the fact that we try best efforts to fund what is provided for in the budget by almost 100 per cent, there has also been a lot of instances where the security service go to the President, get special approvals and we still provide funds.

“Maybe, the thing to do in the meantime is to take stock of the real needs of the Nigerian Army. You have an opportunity in the supplementary budget that is coming in so that we can address some of that.”

On capital funding, the minister said, “In 2019, what was budgeted for the Nigerian Army was N19.6 billion, adding that N12.84 billion was released, representing 64.37 per cent.

“In 2020, the total capital budget for the Nigerian Army was N34.37 billion and this amount was released 100 per cent.

On personnel cost, she said, “In 2019, what was budgeted as personnel cost for the Nigerian Army was N192.155 billion but because of the adjustment that we have had to make for the minimum wage, the release was 122.91 per cent over the budget at N237.42 billion.

“Apart from the releases that were directly done in the budget by adjustment for the minimum wage, there was also an additional release of N45.195 billion from the Public Service wide adjustment also meant to be augmentation of salaries due to the shortfall in the budget.”

Reps worry over Nigeria’s loss of $8.8tn to capital flight