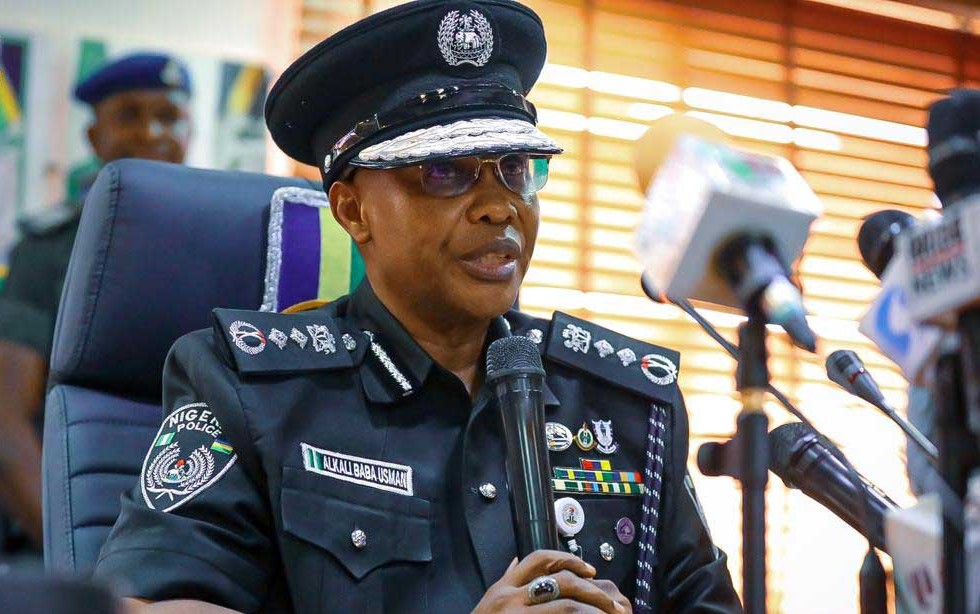 Last Saturday was a bloody one for residents of Ajikamaka community in Doma Local Government Area, Nasarawa State. Some dare devil gunmen suspected to be herdsmen armed with AK-47 rifles invaded the peaceful Tiv community at about 2am and unleashed terror.

By the time the dust settled on the midnight invasion, the invaders had gunned down 12 innocent souls, including children and pregnant women.

Our correspondent, who went round the Kadarko and Agyaragu areas of Nasarawa State, discovered that since the Nasarawa State Government had not officially declared any IDP camp open for the displaced Tiv farmers who also feared that they could be attacked again, they and their family members resorted to settle in the homes of their relations and friends, causing population explosion in Kadarko and Agyaragu areas.

A victim of the crisis and indigene of Ajikamaka community, Mr Terlumun Tsekaa, who gave horrifying details of the attack while telling our correspondent how he lost his pregnant wife and their little baby, said the unfortunate incident occurred on Saturday, April 24 while they were fast asleep.

He said at about 2am on that fateful day, some gunmen suspected to be herdsmen invaded the entire Ajikamaka settlement. He said the invaders, numbering more than 30, were chanting war songs, shooting sporadically in the process.

Tsekaa said: “They set the entire village ablaze and were picking on everyone who tried to escape. My wife and our three-year-old baby were killed by the herdsmen. My wife was seven months pregnant when she was killed. They also killed an entire family of about five members.”

He told our correspondent that the herdsmen who carried out the dastardly act arrived in the community as far back as four months ago “and strategically planned to dislodge us from our ancestral homes.

“They wanted to involve one Fulani man who is the chairman of the Fulani socio-cultural organisation in the area, Alhaji Jolly, but the man refused to be part of any plot to kill the Tiv farmers. So the Fulani militia targeted and killed him in the bush for fear that he might expose their plans.

“They bought brand new saw machines after their intense operation, which commenced on 24th April in Ajikamaka community. They then moved to Dooshima, Antsa Dooka and other communities

“As they strategically moved from one Tiv community to another dislodging the Tiv farmers, they were looting our properties, removing our zinc roofs, cutting down our economic trees with their saw machines and confiscating our domestic animals.”

Some other survivors who are now taking refuge in Kadarko and Agyaragu also narrated their ordeal. Among them was a young lady by name Felicia, who escaped death narrowly.

Felicia said: “We had lived with the herdsmen for a long time without any problem. But recently, we got information that they wanted to attack us. Then suddenly, we started seeing strange herdsmen faces in the area.

“Their reason for attacking us is that since the livestock guards of the anti-open grazing law in Benue State are not allowing them to graze their cows in Benue land and their cows are also being confiscated, they decided to transfer their aggression to us.

“They shot my mother dead in my presence. I ran, looking for a safe place to hide. Before I knew what was happening, they had dislodged about 13 large Tiv communities. I don’t know why they decided to kill our people like goats.

“The militia men shot at defenceless women and children while others armed with machetes hacked young people to death. The innocent and unarmed people ran frantically, looking for escape routes, but they were sprayed with bullets.”

Our correspondent gathered that Doma LGA has come under heavy attacks from criminal elements in recent times, making the area vulnerable and scary for investors. The Managing Director of the Lower Benue River Basin Development Authority and village head of Idadu in Ekye Development Area, Engr. Mohammed Addra, was on April 4, 2021 attacked on Doma-Ekye Road on his way to an official duty. He only escaped death narrowly while his vehicle was badly damaged.

Several farmers, innocent commuters and villagers have also been hacked to death in different parts of the local government since 2013. Between January and April 2021, gunmen have killed more than 20 people in the area, especially the Idadu-Agbashi section of the road.

Among the victims was a young, promising ICT guru from Agbashi, Kabiru Aminu Awashu, who recently graduated from the Federal University in Lafia. He was shot dead on Wednesday, April 21, 2021. There was also the gruesome murder of a prominent Fulani leader in Idadu, Alhaji Jolly penultimate Thursday.

The reprisal attacks on a Tiv settlement in Ajimaka community near Rukubi culminated in the killing of 12 people, including women and children, last Saturday. The invaders also went ahead to circulate quit notices to Tiv farmers to vacate the area or face annihilation.

There are fears that a bloody tribal conflict could soon erupt in Nasarawa State unless urgent steps are taken to halt the killings, the displacements and the plundering of the agrarian Nasarawa communities by herdsmen.

Speaking to our correspondent, Mr Philip Tartim, an elderly man displaced from Dooka community, said if Nasarawa State or the federal government failed to do something about the “mindless and barbaric killing of Tiv farmers” in Nasarawa State, they would be left with no choice but respond to the attacks.

He said: “We may also have to launch a reprisal attack on them. What is our offence? We are not indigenes of Benue State. The herdsmen should stop transferring their aggression on us. Let them go and face the livestock guard in Benue or Governor Ortom himself. We have no business with the anti-open grazing law in Benue State.

“They normally come in the night when we are fast asleep. They make sure they kill and displace us. They destroy all our stock of food and farmlands and go around burning down our homes.

“There are no more houses in our villages now. I wish you have enough security to visit those areas we are talking about so that you see things for yourself. They dealt deadly cuts on our people, leaving many dead and homes in ruins.

“Thousands of Tiv farmers in 13 communities have deserted their homes while the few houses still standing have become shadows of their former selves, with dogs, goats, pigs and other domestic animals roaming aimlessly.”

There are also fears of drastic food shortage in the nearest future in Nasarawa State if herdsmen continue the spate of killings and sacking of Tiv farmers from their ancestral homes.

A member of Umurayi community, Mr Aondegu Upuu, who is taking refuge in Agyaragu, said: “This is the beginning of the farming season. Most of the crops produced in Nasarawa State come from Tiv farmers. We have the capacity to produce major food crops, including yam, rice, sesame, soya beans, sorghum, maize, guinea corn, beans and cassava, but that may not be possible this season due to the displacement and killing of our farmers in Doma LG.

“The current crisis which has dislodged members of about 13 Tiv communities have truncated intensive farming. This is a minus as far as food production is concerned. This is the right time for us to concentrate on our farms, but we are displaced.

“Government should provide a platform for sincere dialogue that will lead to a permanent solution to this crisis. As it is, we don’t have a source of livelihood again, and if this continues, many youths will take to crime to survive.”

Leader of Tiv community in Nasarawa State and Senior Special Assistant to the Governor on Conflict Resolution, Engr. Moses Utondu, appealed to the Tiv farmers to remain calm.

Addressing the displaced persons in Kardorko and Agyaragu, Utondu appealed to them to remain calm as the governor, Engr. Abdullahi Sule, is a man of peace and will immediately look into their problem.

He said: “My assessment so far has shown that our people are truly displaced; it is not a matter of speculation. But my courage and comfort is that our governor is somebody who is committed to peace. We are here to see things ourselves.”

We are paying ransoms with loans—Niger State residents