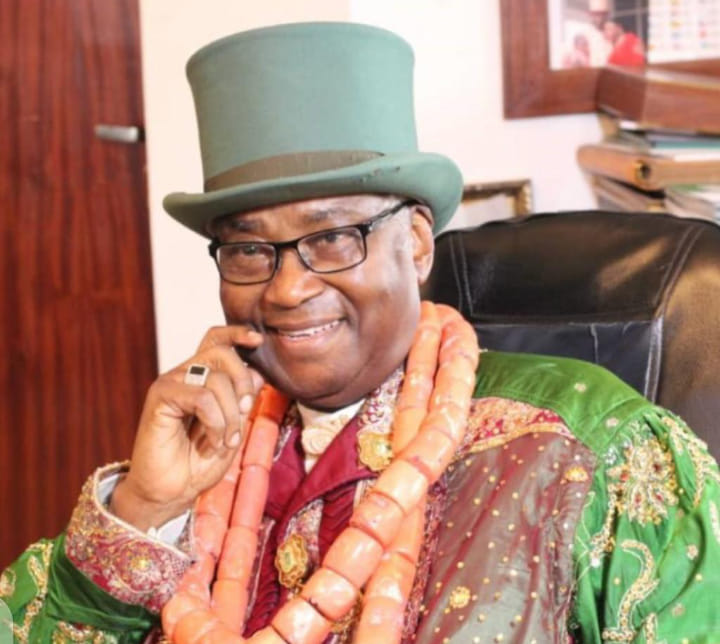 President Muhammadu Buhari has commiserated with the family of former Minister of Youth, Sports and Culture, Alabo Tonye Graham-Douglas, who died on Monday at the age of 82.

The President, in a statement issued by his spokesman, Femi Adesina, also sympathised with government and people of Rivers State over the loss of the political leader, democrat and administrator.

Sources close to the family said he died on Monday April 25, 2022 in a private hospital in Abuja, from an undisclosed ailment.

Buhari said the deceased served differently as Minister of Aviation, Minister of Labour and Productivity, and Minister of Tourism, leaving a legacy of distinguished service to the nation.

Buhari also noted the historic roles Alabo Graham-Douglas played in entrenching democratic rule and a liberal culture, joining well meaning Nigerians and global leaders to stand and speak for justice and fairness, while promoting grassroots development among his people.

The President said the investments of the departed in people and building of institutions would be remembered by posterity.
President Buhari prayed that the Almighty God will grant his soul a peaceful rest, and comfort his family.

Born May 8, 1939 in Abonnema in the Akuku-Toru Local Government Area of Rivers State, Graham-Douglas was the son of a native court judge in Abonema. His brother, Napo Graham-Douglas, was the first indigenous Attorney-General of Nigeria.

He attended secondary schools in Lagos and Port Harcourt. He studied at Acton Technical School, London (1963 – 1965) and attended the University of Lagos (1965 – 1969), earning a BSc. in Botany and Zoology.

Chief Graham-Douglas had worked with the Nigerian Petroleum Refinery Company, Port Harcourt (1969 – 1977). He became managing director of Togiscani Nigeria, a construction company (1978 – 1985) and CEO of Road Haulage Company and Magroad Enterprises. In 1986, Graham-Douglas was appointed Commissioner for Youths, Sports and Culture by the Rivers State government.

In 1989, the military government of Ibrahim Babangida appointed him Minister for Social Development, Youths and Sports. He was later moved to the Ministry of Aviation.

In 1992, Graham-Douglas became chairman of the Southern Minorities Movement, one of the groups that eventually merged into the People’s Democratic Party (PDP).

He was a candidate in the PDP primaries for the presidential nomination in 1998, losing to Olusegun Obasanjo.

In July 2000, he was redeployed to the Ministry of Culture and Tourism.