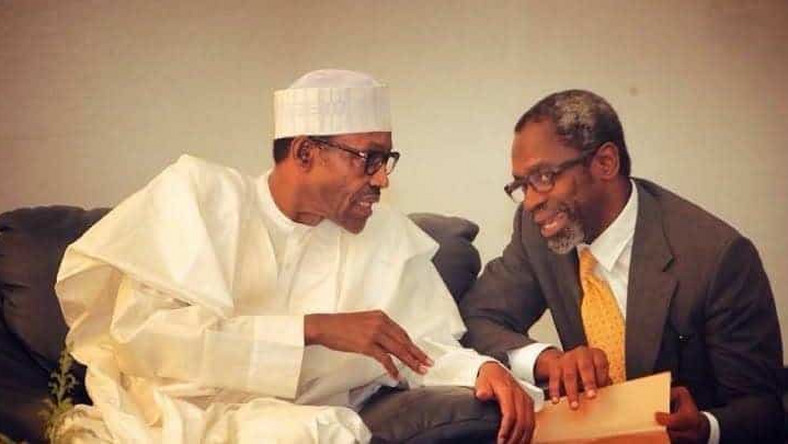 He stated this while speaking with State House correspondents on Wednesday after meeting Buhari at the Presidential Villa, Abuja.

He said the date of the address would soon be made public.

The House on Tuesday resolved to invite Buhari to address lawmakers on efforts being made to tackle the security challenges in the country.

Gbajabiamila said the group was in the State House to convey to Buhari the House resolution summoning him to appear before it.

However, he added that they eventually reached an agreement with the President on the date he would appear before them, but declined to make the date known.

“We came to see the President on developments in the country. He was so willing to listen as typical of the President; the usual democrat that he is.

“What we basically sought was to convey the resolution of the House and to fix a date which we did not fix out of respect for Mr President and his very tight schedule, what date will be convenient.

According to Gbajabiamila, when Buhari appears before the House, he will not be there to address only the lawmakers, but will rather use the floor of the House as a platform to address the entire citizens of the country.

“I think he is more concerned than me and you. Uneasy lies the head that wears the crown. We will leave everything until when he comes to the House. Let me not pre-empt him. All I can tell you for now is that he is fully committed to the security of lives and property of Nigerians.

The House had degenerated into a rowdy session on Tuesday following a motion presented by a member from Borno State, Hon. Satomi Ahmed, on behalf of other 10 Borno State lawmakers.

Ahmed’s motion which was the fallout of the heinous killings of 43 farmers on their rice farms in Zarbamari by Boko Haram insurgents on Saturday, also demanded a declaration of a state of emergency on security matters in the country by the President.

Ahmed had disputed the claim that the number of people killed was 43, saying the exact number was not yet known, recalling how the insurgents tied up farmers and slit their throats.

However, Ahmed had in his motion deliberately omitted the prayer summoning the President, prompting one of the co-sponsors of the motion, Hon. Ahmadu Jaha, to raise a point of order, drawing his colleagues’ attention to one of the prayers in the motion which Ahmed had failed to express.

According to Jaha, all sponsors of the motion agreed that Buhari should be summoned to tell the House what he’s doing about the security situation in the country.

Jaha’s point of order, calling for the House’s resolution summoning the President, received the backing of majority of members, but some opposed it, thus throwing the House into a rowdy session, until Gbajabiamila called for the dissolution of the House into an executive session.

The motion to summon Buhari to appear before the House was raised again after the executive session.