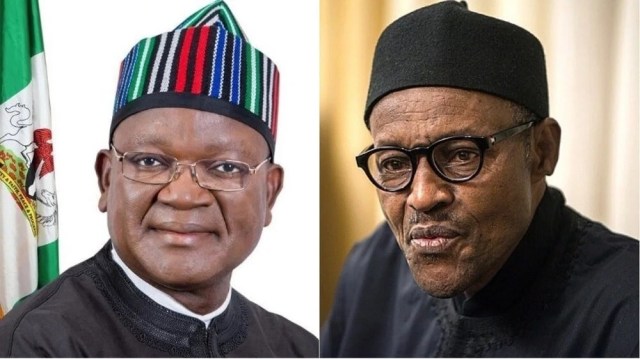 Benue State Governor, Samuel Ortom, has said President Muhammadu Buhari’s decision to review grazing reserves across the country is not known to the law of the land.

The Benue governor said it was worrying that while most states had agreed that ranching was a better way to resolve insecurity, the president had maintained his position on open grazing.

This statement is coming after Buhari’s approval of the recommendations of a committee to review 368 grazing reserves across 25 states in the country — a development that has been met with criticism.

Speaking on the development when he featured on Sunrise Daily, a Channels Television programme, on Tuesday, Ortom described the President’s decision on grazing reserves as “disappointing”.

“I’m disappointed with the presidency. One would expect that we’re in a democratic governance and the presidency would have understood this,” the governor said.

“Does Mr. President not have an attorney-general to advise him on what the law says about land administration? There is a land use act enshrined in the Constitution of the federal republic of Nigeria and it amazes me for Mr. President to say that he will revive obsolete grazing reserves and grazing routes.

“I have had personal conversations with Mr President and his handlers. I have said ‘Look, when we had grazing routes and grazing reserves, what was the total population? Less than 40 million. This was when it was initiated and then it was as a result of the laws governing northern Nigeria. Today, we are over 200 million people. How do you expect the same thing?’ The land hasn’t increased, and now, it’s even less because of the ceding of Bakassi to Cameroon. Now, in 2021, you’re talking about open grazing.

“How are we going to achieve this? If Mr. President respects the law, the land use act gives governors the power to preside over land administration on behalf of the people. So, it is amazing and I am surprised to hear this coming from Mr President as if he doesn’t have an attorney-general or lawyers around him to advise him.

“I think Mr President was misquoted or he did it out of error. He should come out to apologise to Nigerians. There is no basis whatsoever for this to be going on when we have the Constitution.”