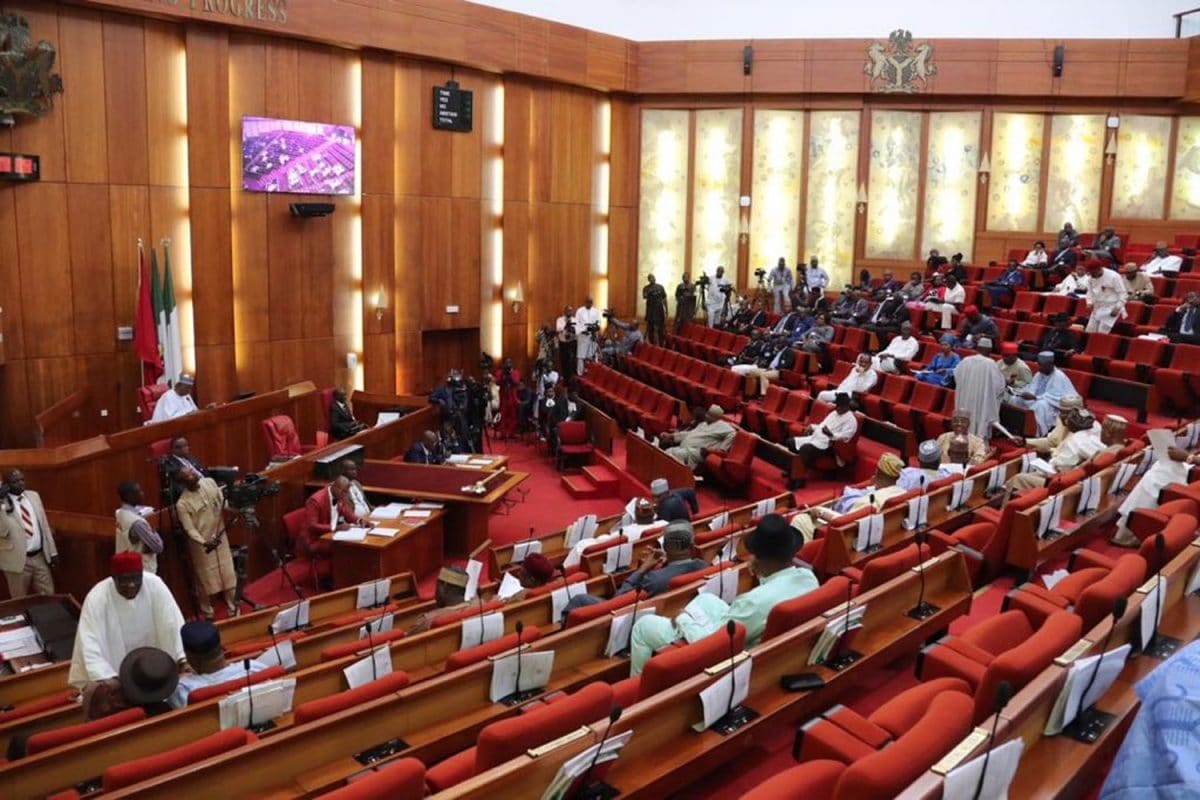 There was a fresh crisis in the Senate on Tuesday over the move by President Muhammadu Buhari to fill vacancies in the National Pension Commission.

President Buhari had forwarded his nominees for vacancies in PENCOM to the Senate for consideration.

But immediately Senate President, Ahmad Lawan, read a letter from President Buhari announcing the nomination of Aisha Umar as the Director General of PENCOM and equally announced Oyindasola Oni as nominee for the office of chairman of the PENCOM, Senate Minority Leader, Enyinnaya Abaribe, protested.
He spoke against the appointment in which Umar, a nominee from the North East, was picked to replace the former DG, Chinelo Anohu-Amazu, from the South East.

Abaribe described the nomination as a breach of the Act establishing the PENCOM.

Abaribe said by the provisions of Section 20(1) and section 21(1) and (2) of the National Pension Commission Act 2014, “in the event of a vacancy, the President shall appoint replacement from the geopolitical zone of the immediate past member that vacated office to complete the remaining tenure”.

He said the replacement for Anohu-Amazu must come from the South East.