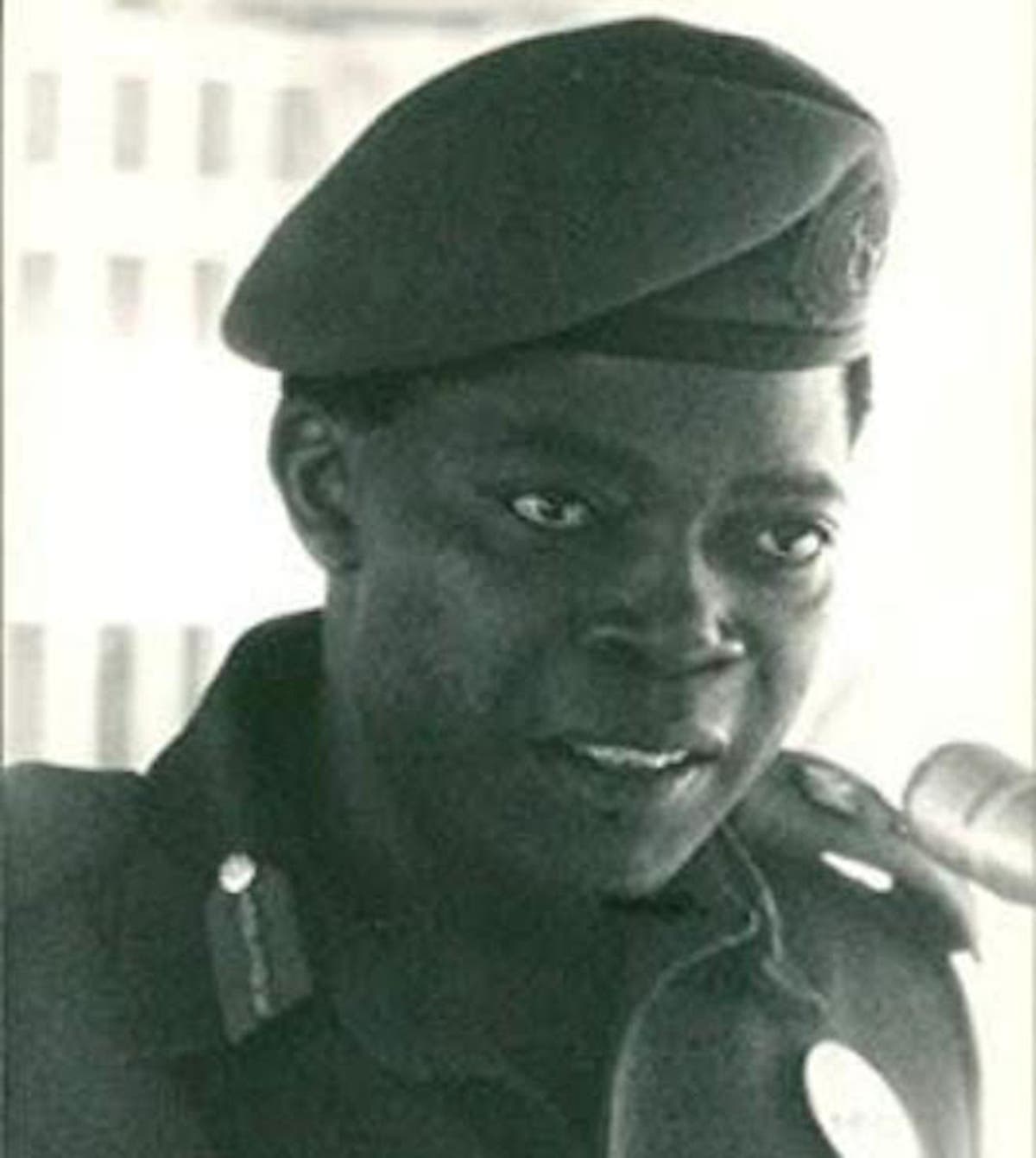 A former Minister of Defence, Domkat Bali, has died at the age of 80.

Bali, who died on Friday, was minister of defence and member of the Supreme Military Council between 1984 and 1985, and the Armed Forces Ruling Council of 1985 to 1990.

He was joint chief of staff between 1984 and 1985 when President Muhammadu Buhari was head of state.

The octogenarian retired as a decorated military officer in 1990. In December 2010, he emerged as Ponzhi Tarok, paramount ruler of the Langtang in Plateau State.

Buhari, in a condolence statement signed by his spokesman, Garba Shehu, described the retired officer as a man with records of bravery and patriotism.

He said Bali’s records would inspire young military officers, adding that his foundation would always be remembered.

“President Muhammadu Buhari condoles with the people and government of Plateau State over the passing of an illustrious son and highly decorated retired military officer, Gen. Domkat Bali, who served the country as Minister of Defence,” the statement read.

“The President, who spoke with the wife of the deceased, Esther, on Friday, also commiserated with other family members, friends and professional associates of the former member of the Supreme Military Council and Armed Forces Ruling Council, after rising through the ranks, with a distinguished military career, reaching the peak as Chief of Defence Staff.

“President Buhari believes the records of bravery and patriotism of Gen. Bali, the Ponzhi Tarok, will continue to inspire young military officers, while the foundation he laid in all the commands he headed will always be remembered.

“The President has also constituted a delegation led by the Minister of Defence, Maj-Gen. Bashir Salihi Magashi (retd.) to visit the family, and condole with government and people of the state over the loss. President Buhari prays that the almighty God will receive the soul of the departed and comfort his family.”

President Buhari described him as a loyal soldier who saved Nigeria from genocide.

Bali was loyal to his country and he spent decades in active service proving just that.

Born on February 27, 1940 in Zamko, Langtang, Plateau state, Bali attended elementary schools at Mban and Langtang and the Provincial Secondary School, Kuru, from 1955 to 1960. His military career began when he entered the Nigerian Military Training College, Kaduna in April 1961. He later attended the Royal Military Academy, Sandhurst, England in 1961 and had further military training at the Gunnery Staff Course, Larkhill, UK in 1968; Staff College, Camberley, Surrey, and the Royal College of Defence, Cowdon, UK.

From his military years in service to serving as the Ponzhi Tarok, the paramount ruler of Langtang people, here’s what we can tell of the octogenarian who died on on Friday.

Bali quit the army in January 1990 under not-so-pleasant circumstances. When Ibrahim Babangida reshuffled his cabinet on December 29, 1989, he removed Bali as defence minister and moved him to internal affairs. Bali, however, refused to accept the position and left.

“To be very frank with you, the Ministry of Internal Affairs is a very important ministry, but that was not my problem. My problem was that as a military officer, I was senior both to Babangida and Buhari, but I served under both as Minister of Defence and Chairman, Joint Chiefs of Staff. I could accept that they were heads of state. You cannot remove the fact that I was a senior to both of them. And when Babangida came, he said, ‘ok, you are no longer Chief of Defence Staff, but Chairman, Joint Chiefs of Staff.’ If I am not that, then I am also junior to all other military people other than the Head of State, which I would not accept,” Bali said in a 2006 interview with TheNEWS.

“I could accept that I was junior to the Head of State but to accept that I was also junior to other junior officers to me, that was unacceptable. That was the main reason that I had to leave. Not because I was made the Minister of Internal Affairs. Some people said it was because I was taking over from John Shagaya who was also a junior officer. Those were not the issues at all.”

In 2011, Bali rejected the national merit award of commander of the federal republic (CFR) given to him by ex-President Goodluck Jonathan. Justifying his rejection of the honour, Bali said he had earlier been conferred a higher title, adding that accepting that of the CFR would amount to demoting him.

“It makes no sense to me. I saw the recent national merit award given to me as an insult to my personality. They told me the 2011 honour awarded me is Commander of the Federal Republic, CFR. But the Federal Government of Nigeria gave me in the past a higher national merit honour as Grand Commander of the Order of the Niger, GCON, which is the second highest national honour in Nigeria. So what this current government offers me in 2011 National Merit Award is inferior to what I have before now,” he said.

“So I said, let them give the CFR to someone else who deserves that. I don’t deserve that because I had a higher one. That was the reason why I refused to attend the programme because my appearance there in Abuja will mean my acceptance to be demoted.”