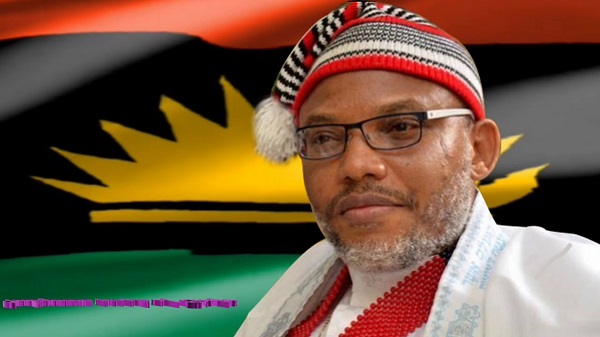 The Indigenous People of Biafra(IPOB) has suspended the weekly sit-at-home exercise it commenced this week in the southeast.

Spokesperson of the group, Emma Powerful, disclosed this in a statement on Saturday.

IPOB had declared a weekly sit-at-home exercise to protest the arrest and detention of its leader, Nnamdi Kanu by the Federal Government.

The exercise, which commenced on Monday, August 9, was trailed by loss of lives, property as well as huge financial and economic implications for the region.

The region was projected to have lost millions to the exercise as Monday is usually one of the busiest days for businesses in the region.

The group said the suspension of the exercise is due to a direct order from Kanu to that effect.

“We know that our people embraced this civil action wholeheartedly and without any compulsion.

“The leadership sincerely appreciate the innate desire of Biafrans to sacrifice their time, resources and energy in ensuring that our leader Onyendu Mazi Nnamdi Kanu is released unconditionally from the illegal custody of the Nigerian State who criminally renditioned him from Kenya to Nigeria.

“The suspension of the sit-at-home by the IPOB Head of Directorate was as a result of a direct order from the leader of this great movement Onyendu Mazi Nnamdi Kanu.

There is no gainsaying the fact that one of the major fundamental guiding principles of IPOB is Command and Control.

“Bearing in mind therefore that this principle has enabled this movement to surpass even the expectations of both Biafrans and Non-Biafrans alike, the leadership wish to encourage Biafran to focus on the most pressing issue confronting this great family presently which is ensuring the safety of our leader while still in the illegal custody of the DSS and to secure his unconditional release from detention.”

IPOB said in accordance with the directive from its leader, the sit-at-home will be observed on the date of Kanu’s court appearances.

“The lPOB leadership urge Biafrans worldwide to take note of the next court appearance of our leader which is the 21st of October 2021.

“If however, we have any reason or directive from the IPOB highest command that requires us to reactivate the suspended weekly sit-at-home, the leadership will not hesitate to lift the suspension and continue with our civil action’.

“The leadership once more appreciate all Biafrans and our friends and sympathizers who faithfully observed the Monday, August 9 Sit-At-Home which was a huge success throughout Biafra land. May God continue to bless and uphold all those committed to our struggle”.

“We consider Biafra restoration as a sacrosanct call to duty above all else. Any other information regarding Sit-At-Home in Biafraland not emanating from IPOB through our main channels of information dissemination should be disregarded”.

Masari threatens to sue Customs over killings in Katsina