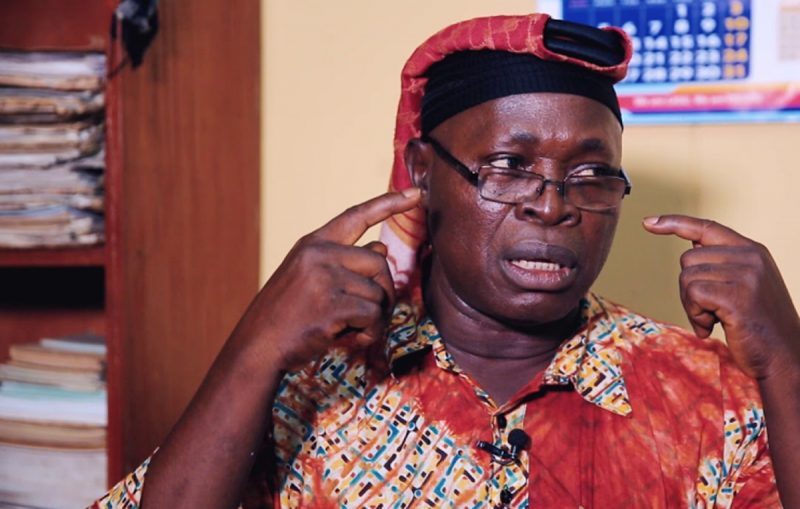 The Muslim Rights Concern has told some protesting youths in the North that their anger over insecurity was misplaced.

The last two weeks has seen Northern youths, with the hashtag: #NorthIsBleeding, protesting massively over insecurity.

But MURIC, an Islamic human rights advocacy group, has identified the real culprits of insecurity in the North as those politicians who stole money meant for the purchase of arms for the Armed Forces of Nigeria as well as the bastardisation of the almajiri system.

The group therefore cautioned Northerners against any misplacement of anger.

This was made known in a statement to the media on Saturday by the Director of MURIC, Professor Ishaq Akintola.

The statement reads: “We are disturbed by reports that the North is boiling with anger over deteriorating security situation in the zone. While it is true that people are being killed on a daily basis, we must pause a moment to reflect on the real cause of insecurity in our midst. Was it caused today or yesterday? Is it the fault of the current administration or that of past leaders?

“The Muslim Rights Concern (MURIC) is unhappy that the North has a humongous security challenge. We are perturbed by reports of mosques being attacked, Imams being killed and Muslim worshippers being killed or kidnapped. These are difficult times indeed.

“But we must not be shortsighted in this matter. Today was born from the wombs of yesterday. The buildup to this ugly situation began a long time ago. We will therefore be misplacing our anger if we focus on the current administration and blame it for all our woes.

“Worsening insecurity in the North has immediate and remote causes. The immediate cause is the lethargy manifested by those in power at the time Boko Haram began about twelve years ago. Little or no effort was made to nip the problem in the bud. The remote causes are the bastardisation of the almajiri system and the proliferation of drug addiction.

“In particular, ex-President Goodluck Jonathan displayed high level aparthy to the problem of Boko Haram insurgency. A glaring example was his self-imposed state of stupor in the first three weeks after the Chibok girls were abducted. Had he acted swiftly, the insurgents would have been apprehended but he dilly-dallied and refused to give the order to pursue the abductors until it was too late.

“The way and manner the $2.1 billion arms money was shared among party loyalists under the watch of the former president left much to be desired. Had that money been utilised for what it was intended, insecurity in the North would have been brought under control at an early stage.

“As if that was not enough, the last National Assembly (NASS) under the leadership of Senator Saraki virtually held the hands of President Muhammadu Buhari and ensured that there was motion without movement. It was a NASS that came with only one objective, namely, to frustrate the executive and ensure that it failed in all its efforts.

“Budgets submitted in September were delayed till May of the next year. Funds meant for fighting insurgency and banditry were blocked. Nigerians, particularly Northerners should have seen the handwriting on the wall and acted promptly. That was the time the North should have started demonstrating against looters and unpatriotic lawmakers.

“Besides, the almajiri phenomenon has always been a disaster waiting to happen. Hundreds of children going round the city all day and begging for food and cash is a mark of retrogression in our society. Many of them are among the bandits killing and maiming us today. Buhari should not be blamed for this. The fault lies with all past rulers in the North.

“We must add the problem of drug addiction in the North to the cause of our current insecurity. A recent study has revealed that more than 60% of Nigeria’s drug addiction resides in the North. It is not limited to the boys and girls on the streets. Housewives are involved. A tramadolised citizenry cannot be expected to be peaceful and law abiding. It is therefore not Buhari. It is an inherited malady.

“The North must therefore sheath its sword. Blaming the current administration for the insecurity in the North will amount to transferred aggression. Targetting it for violent demonstration will be totally wrong and unfair. Nay, stopping the traditional home base support will not be a wise decision to take. It will amount to killing the goose that lays the golden egg. Buhari is already being accused of fulanisation. They claim that his appointments favour the North only. He is being demonised for being a northerner. We must not misplace our anger.

“The insecurity may be bad presently, but honestly it could have been worse. Have we forgotten so soon how Boko Haram bombed the United Nations building? That was on Friday, 26th August, 2011. 21 people were killed in that attack alone. 60 were wounded.

“Earlier on 17th June, 2011, the same Boko Haram carried out a dare devil car bomb attack on Police Headquarters in Abuja, killing six. The explosion was so powerful that 33 cars were damaged beyond repair while 40 other vehicles were partially damaged in the attack.

“Jonathan was in power at that time but his attitude to the Boko Haram insurgency was lukewarm. Things were so bad that Nigerian soldiers used to turn their heels at the approach of the insurgents. That was due to lack of adequate weapons occasioned by the diversion of arms funds. But today the picture has changed. Buhari ensured that the Nigerian army is properly equipped and he does not allow the diversion of money meant for arms.

“The result is a game change as Boko Haram has been boxed into the North East alone. Suicide bombing which was a regular feature in Abuja, Kano, Kaduna, etc are now things of the past. Bandits are being killed in their hundreds by our gallant soldiers. Governor Zulum remarked last week that the North is currently seeing the end of Boko Haram.

“The North should know who is responsible for the current insecurity. The North should blame those who failed to take prompt action in the heydays of Boko Haram and those who stole money meant for the purchase of arms, at least a political party, the Peoples Democratic Party (PDP) was in power when politicians grabbed $2.1 billion arms money and shared it among its leaders. The North should put history in proper perspective and direct its anger where it rightly belongs.

“A Northerner shared out the $2.1 billion arms money to politicians, of course with instructions from upstairs. A Northern politician took N4 billion from that money, ostensibly for prayers against Boko Haram. But how many mallams did he engage for that prayer? 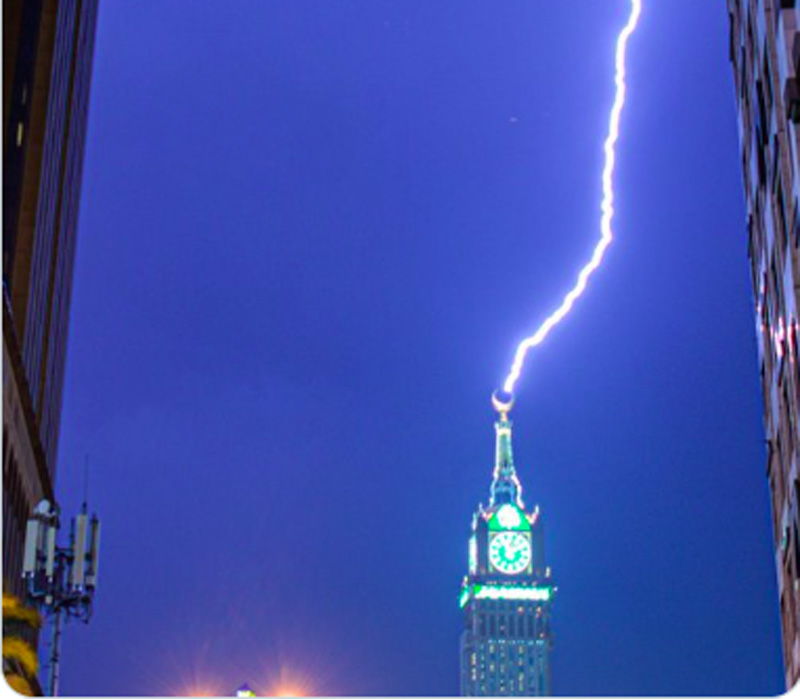 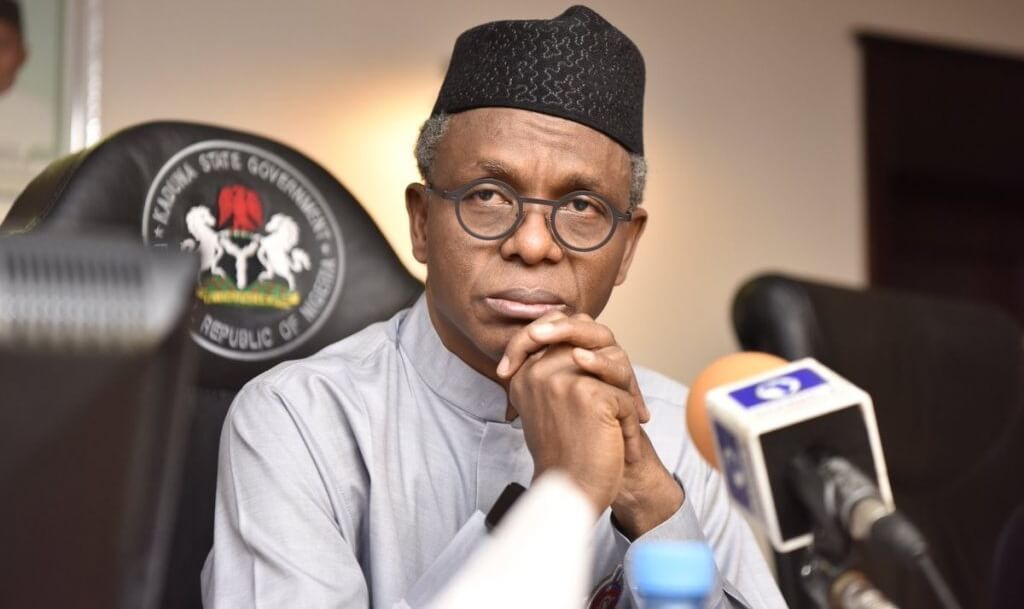