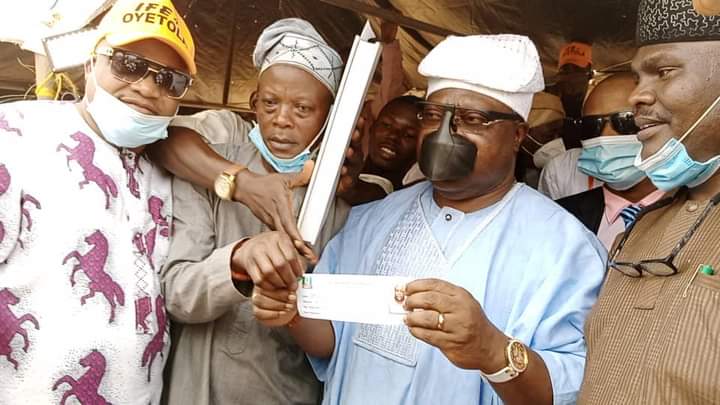 The former deputy governor of the state, who joined the APC at Ife federal constituency, was officially registered and admitted into APC fold on Monday.

Omisore, during the official registration which took place in his voting unit, did not speak with journalists.

Omisore served as deputy governor of the state from 1999 to 2003 to Governor Adebisi Akande.

In 2014, he contested for the governorship seat on the platform of the PDP but lost to Rauf Aregbesola, who was the incumbent governor then.

Also, in 2018, he contested on the platform of the SDP, where he came third behind Senator Ademola Adeleke of the PDP, and Alhaji Gboyega Oyetola of the APC.

Omisore was known to have fully supported the APC in the last general election.

He said, “I don’t have to tell anybody that I am with the party. Any wise person should know where I belong.”

He decamped to APC along with many of his supporters in the state.

Chairman of the APC in the state, Prince Gboyega Famodun, said he was glad to witness the registration of Omisore in the APC, as the former governor registered “as a member of APC.”

He said what Omisore had done was to put an end to all the insinuations that he would never join the APC and that he was deceiving the party.