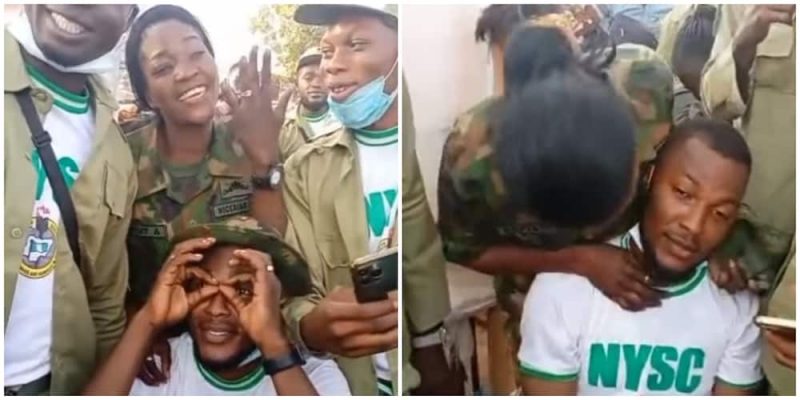 Over 10,000 persons have signed two petitions domiciled on the Change.org platform, demanding the release of a female soldier, Private Sofiyat Akinlabi, who was detained by military authorities for accepting the marriage proposal of an unnamed corper at the National Youth Service Corps Orientation Camp in Yikpata, Kwara State.

The first petition started by activist Deji Adeyanju of Concerned Nigerians has attracted over 5,000 signatures as of press time. It was titled, ‘FreeSofiat: Nigerian Army should release detained female Nigerian soldier immediately’.

It read in part, “We’re demanding the immediate release of the young female soldier being held by the Nigerian Army before it sparks national global outrage.

“Furthermore, we condemn the prolonged detention and alleged violation of her human rights by army authorities by denying Sofiyat access to members of her family and refusing to provide her with food, sanitary materials, and medical care. Such gross violation of human right, abuse of power and excessive use of force is absolutely uncalled for and condemnable.”

The second petition started by activist Omoyele Sowore has also attracted over 5,000 signatures. It was titled, ‘#FreeSofiyat: Release female soldier held over marriage proposal in Nigeria’.

It partly read, “It is Christmas time and Sofiat should be with her family and loved ones during the holidays and not held up.

“We are asking the Nigerian Chief of Army Staff, Lt. General Farouk Yahaya, to respect her constitutional rights and ensure that she is not stigmatised or dismissed from the military. We further call on the Nigerian military and security forces to review and remove all discriminatory rules against servicewomen in its books with immediate effect!”

The PUNCH had earlier reported that the Nigerian Army on December 14, 2021, arrested and detained Akinlabi for accepting the corper’s marriage proposal at the Mammy Market at the Yikpata NYSC camp.

The Director of Army Public Relations, Brigadier General Onyema Nwachukwu, told our correspondent on December 19, 2021 that Akinlabi violated military laws by getting involved in a public display of amorous relationship with a paramilitary trainee – a corps member, vowing that she will be punished.

Also, the NYSC Director-General, Brig.-Gen. Ibrahim Shuaibu, at a briefing in Abuja on December 21, 2021, said though the scheme “encourage(s) them to inter-marry, we have never had a situation where a corps member will go and propose (to a soldier)”. He also said that the military won’t joke with its traditions.

Some civil society organisations including the Women Empowerment & Legal Aid had since called on the COAS to respect the decision of the female soldier to marry the male corps member.

The Chairperson of the group, Funmi Falana, in a letter to the COAS on December 20, 2021, demanded the immediate release of the soldier

She argued that no male soldier has been punished for proposing to a love interest in public as seen on social media. She, therefore, declared as illegal, the detention of Akinlabi.

Man lures friend’s daughter with N200, rape her in Kwara