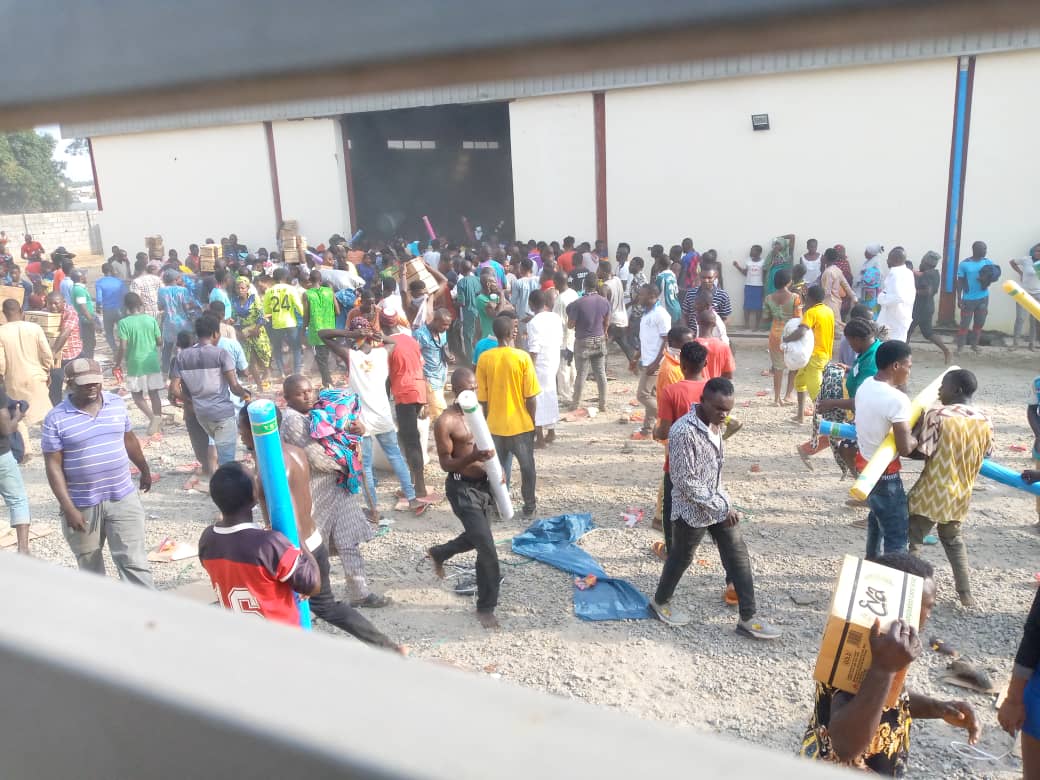 Scores of rampaging youths on Sunday invaded an Abuja estate at Jabi, and broke into several warehouses where they carried out massive looting.

The presence of armed security personnel around the place, who fired tear gas, it was learnt, could not deter the looters.

The desperate looters were reported to have carted away bags of rice, cartons of cereals and tin tomatoes and cloths among other things.

Some of them were seen taking tricycles and motorcycles to the place to load the stolen items goods as policemen fired teargas at them.

The police authorities had to call for reinforcement and deploy a helicopter to hover over the estate.

A chopper was seen flying over the location and the surrounding areas to ward off the invaders.

This is happening 24 hours after suspected hoodlums were prevented from raiding a warehouse where COVID-19 palliatives were kept at Area 10, Garki.

Armed policemen on guard duty at the Garki warehouse fired gunshots into the air and chased away the youths.