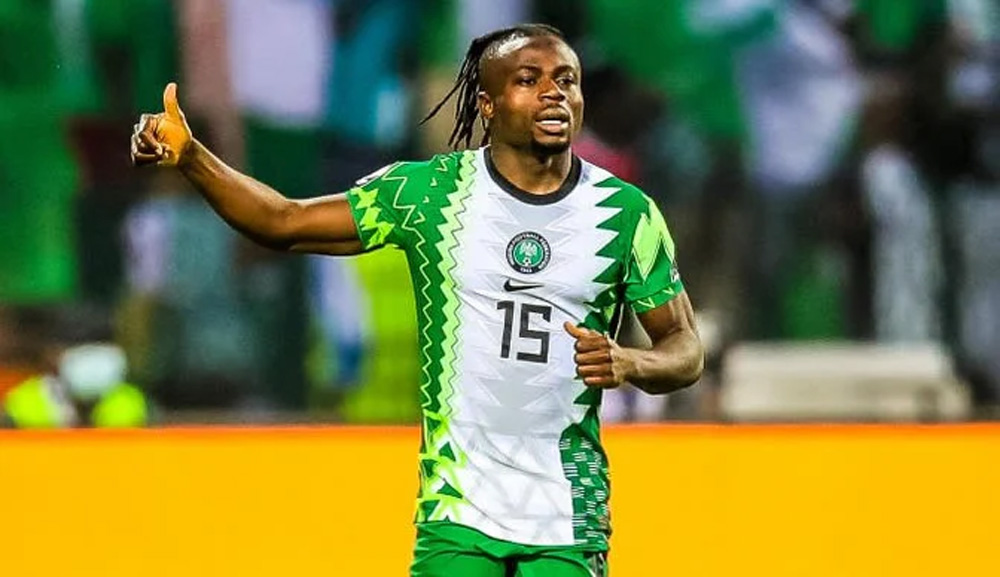 Super Eagles’ wing forward Moses Simon has continued to win accolades following his superlative performances for his team at the ongoing 2021 Africa Cup of Nations in Cameroon.

The player of FC Nantes in the French Ligue 1 has been named in the list of Best Players of the Group Stage at the 2021 AFCON.

The competition’s Technical Study Group, while releasing their Best of the Group Stage on Saturday, picked the Nigerian for the left forward position in the Best 11.

He was picked ahead of Egypt’s Mohamed Salah and Senegal’s Sadio Mane, who could only make it to the substitutes bench on the list.

The News Agency of Nigeria reports that Simon’s teammate and captain, William Troost-Ekong, also made the list, being named for the right side of the centre-back positions.

Another Super Eagles’ player, midfielder Wilfred Ndidi, also made it to the team’s 12-man bench.

Coach Austine Eguavoen was also recognised for his team’s performance of winning all their three games so far by being named the Best Coach of the group stage, which ended on Thursday.

Following is the 23-man list of starting 11 and substitutes, as well as others recognised:

Updated: Super Eagles out of AFCON, lose 0-1 to Tunisia