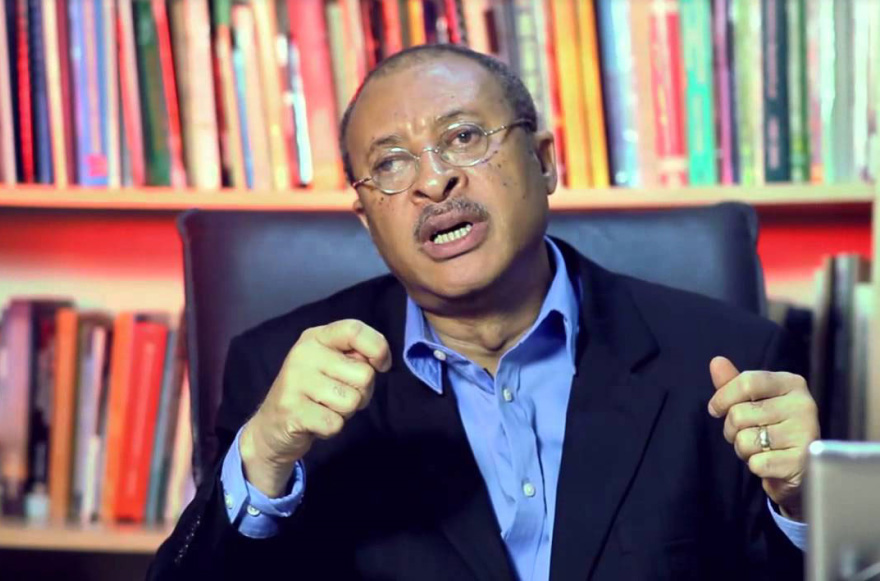 The Chairman and Leader NCFront, Prof. Pat Utomi yesterday challenged Nigerians to support the coalition of political parties working together to form a third force that would end the reign of bad leadership in 2023.

Utomi, a professor of political economy, explained that a shift of mindset would be required to facilitate a new order of good governance, value for money choices and commitment to the dignity of the human person in Nigeria.

He gave the advice during a virtual conference of concerned professionals and members of New Fabian Society at the weekend.

He warned the professionals that they would take part of the blame for the state capture that brought Nigeria to the brink of State failure.

Encouraging them to support the third force, Utomi said the third force fulfills popular aspiration for the end of the current regime of dissatisfactory leadership in Nigeria.

He, therefore, urged Nigerians to support a third force that would fulfill the popular aspiration for an end to the regime of dissatisfactory leadership in Nigeria

He added that admitting guilt “is part of the mea culpa we must make. Peers that allowed accountants to participate in looting state treasury evidenced in the accusation of the Accountant General by the EFCC of N80 billion fraud, and health care professionals in reducing the health sector to a man-made disaster have become vicariously culpable.”

He, therefore, said all should dirty their hands to prepare for a third force government that would focus on the people and not the need and greed of politicians.

Utomi assured the concerned professionals on the call that the painstaking effort to build a strategic alliance for the 2023 elections, beginning with the fusion of NCFront with the Labour Party and build on the fusion an election alliance with other parties which include the ADC, PRP, NNPP, NMR, SDP, APM and several others was bearing fruit.

Utomi, who said he had opened discussions with APGA before recent Supreme Court judgments regarding that party was much hopeful for progress.

He paid tribute to the Rescue Nigeria Project Coordinator, Dr Usman Bugaje, PRPs Halilu Bello and Prof. Attahiru Jega, as well as ADC Chairman, Ralph Nwosu for their untiring work in the construction of the third force.

He said the new Nigeria, which beckons from 2023, would profit from lessons drawn from the errors of the last 20 years.

He explained that the error had resulted in failure to fix the electric power problem and neglect of the need to move orientation away from revenues and revenue sharing to production, which has resulted in unprecedented unemployment.

The political economist added that the error has been feedstock for the current bazaar of violence and insecurity in the country.

He said it was time for Nigeria to be born again and begin afresh, saying professionals should propagate the values and programmes of the big tent partners which reflect the spirit of the founding fathers of Nigeria.

He assured them that Nigeria would rise up again, saying the big tent would employ the collegial leadership approach and announce before the end of next week the members of the presidential college that would collectively account to the Nigerian people for governance performance even though only one person will be called President.

Utomi urged Nigerians to reject the old way, which has led to lost glory and favour big ideas instead of big men, pointing out that to continue to follow a failed approach and hope for a different, preferable outcome is a good definition of insanity.

Oba of Benin to Tinubu: We’re praying for you to get APC ticket