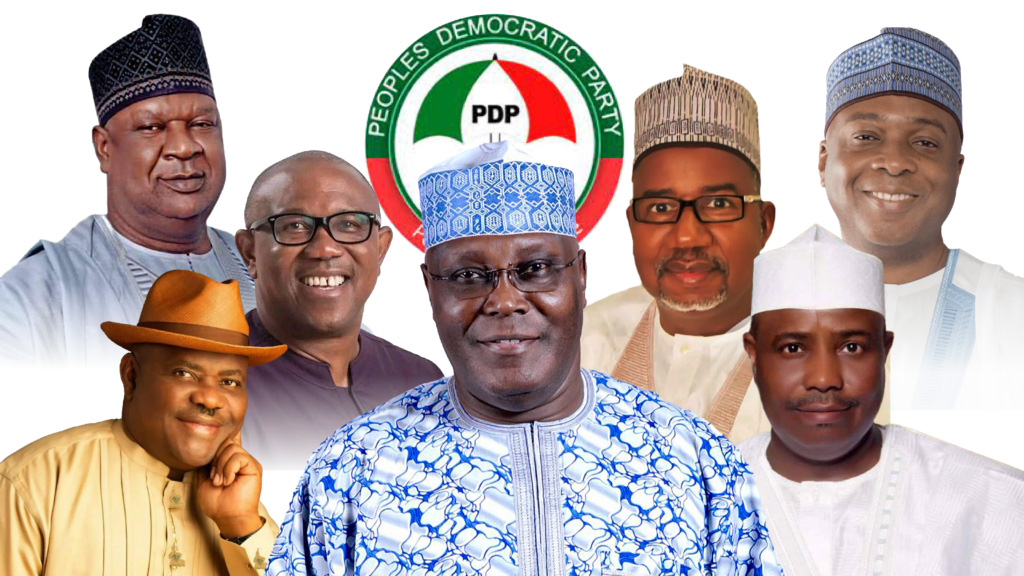 Peoples Democratic Party (PDP) governors, the National Working Committee (NWC) and the Board of Trustees (BOT) are at loggerheads over the choice of the aspirant to fly the party’s presidential ticket for the 2023 general elections, Daily Trust reports.

The party had jettisoned zoning and threw the contest open.

It was gathered that while the PDP governors are rooting for one of their own to emerge as the party’s presidential candidate, the NWC and the BOT are looking outside the governors’ forum for the flagbearer.

The development is said to have pitched the various organs at each other’s throats ahead of the presidential primary, slated for May 28 and 29.

A source familiar with the matter said: “The party is working to reduce the number of aspirants before the primaries, nothing is certain for now, but the leadership does not want all the 15 aspirants to contest.

“Definitely on their own, some of the aspirants might even step down and join forces with those they feel might have a brighter chance of winning the election.

“The main challenge now is how to zero in. The governors are rooting for one of their own to clinch the ticket of the party. But the NWC and the BOT are not in support of the governors.”

The National Publicity Secretary of the party, Debo Ologunagba, could not be reached for comment on the matter.

PDP Board of Trustee Chairman, Walid Jibrin, said there is a high possibility that the party’s presidential candidate may emerge through a consensus arrangement.

Jibrin stated this while briefing newsmen at the PDP secretariat in Lafia, Nasarawa State.

He said: “The NEC has made it known earlier that there will be no zoning and no consensus. But right now, there is a loophole, therefore, we need to review that earlier decision and come up with a consensus candidate.

“We have agreed unanimously to sit together to review that very seriously and come up with a suitable candidate to lead our party and wrestle power from the ruling All Progressives Congress (APC) at the polls.

“We are not going to prevent any aspirant from contesting, but we have to resolve to consensus. All the aspirants from the South East, South West and the North are putting their heads together to ensure that we produce a consensus candidate.”

Meanwhile, PDP leaders in the 17 southern states have begun moves to ensure that the party’s presidential ticket is secured by an aspirant from the region or a northern aspirant with strong roots in the South, Daily Trust learnt.

The intendment of those behind this plot is to ensure that the outcome of the PDP presidential primary produces a win-win situation for the south irrespective of where the candidate comes from.

“Southern delegates may come together and choose a northern candidate who has strong roots in the South. He must be somebody who has a close affinity and filial relationship with us. He must be somebody who understands the challenges facing the South and can run a government that is based on equity, justice, and inclusiveness and knows what it is to suffer injustice or the pains of the minority.

“It is the reason why we will not support aspirants from the far north. We will rather support aspirants whose zone has not produced any of the two positions in the Presidency of Nigeria. An ideal candidate for the PDP is somebody from either the South or the northern minority.

“That means that if the South plays its card very well, it can produce a southern candidate from the North”, said a source, who is playing a key role in strategising on the new move.

Related Topics:2023 presidencycandidateFeaturedPDP leaders
Up Next

I can make Nigeria great if elected president, says Tinubu

Tinubu will move to SDP if APC schemes him out – Associate