A tanker laden with petrol on Thursday morning burst into flames on the Oshodi-Apapa Expressway, Lagos causing panic among commuters plying the route.

The Acting Zonal Coordinator, South-West Zonal Office, NEMA, Ibrahim Farinloye, confirmed this, saying the incident occurred about 9.15am, at Toyota Bus Stop, close to the Oshodi-Airport Road junction and directly in front of the Lagos State Fire Service Station located in the area.

He said the tanker was fully loaded with 44,000 litres of Premium Motor Spirit (PMS) when the incident occurred.

This is coming less than three weeks when a similar incident had occurred. Exactly on December 19, 2020, a diesel tanker exploded on the Michael Otedola Bridge of Lagos-Ibadan Expressway. The tanker was fully loaded with 44,000 litres of AGO and was moving towards the Berger axis of the expressway when one of its tyres burst into flames.

Farinloye said the Thursday explosion occurred when “the tanker crashed on the side with another trailer on the motion. The trailer was fully loaded with iron rods.

”It is believed that the two vehicles were trying to outsmart each other before the incident happened.”

According to him, officials of the fire service have successfully separated the tanker body from the head and are making efforts to put out the inferno.

He said that no casualty had been confirmed yet from the incident.

Related Topics:FeaturedLagostanker explosion
Up Next 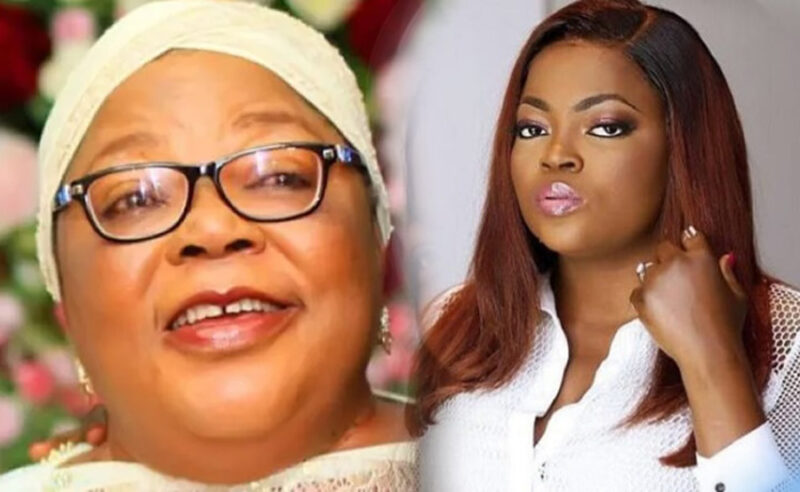 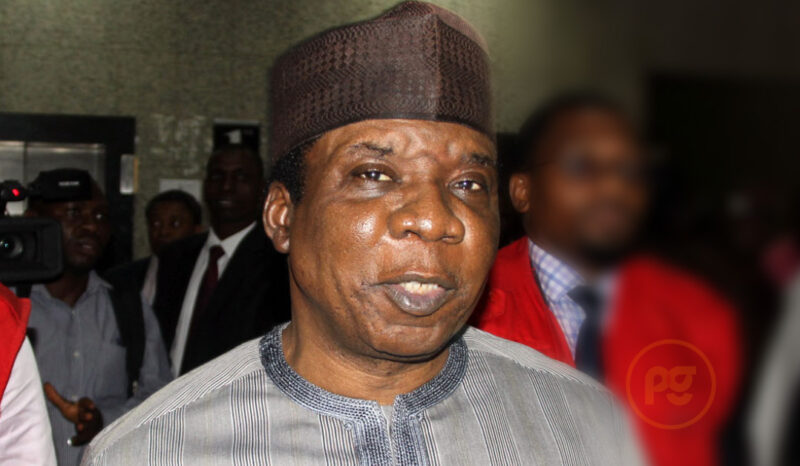 Justice Dimgba freed Omokore and two of his firms, Atlantic Energy Brass Development Ltd and Atlantic Energy Drilling Concepts Ltd, on the grounds that the prosecution, the Economic and Financial Crimes Commission (EFCC), failed to prove the ingredients of the charge and consequently discharged them from all the charge.

The anti-graft agency had arraigned the defendants in 2016, for allegedly diverting over $1.6 billion belonging to the federal government under the guise of oil swap.

It was the case of the EFCC that the defendants under false pretense had obtained crude oil from the government when they never had the required funds or expertise to execute the said agreement between them and the federal government.

However, delivering judgment in the suit yesterday, Justice Dimgba described the issues between the government and the defendants, which gave rise to the suit as “a relationship which has gone bad.”

In his judgment, Justice Dimgba stated that after a careful analysis of both oral and documentary evidence before him, there was no evidence that the 1st to 3rd defendants obtained by false pretense the said oil swap deal from the federal government.

According to the judge, the testimony of one of the witnesses, a former Group Managing Director (GMD) of the Nigerian Petroleum Corporation (NNPC), Andrew Yakubu revealed that the agreement between the 1st to 3rd defendants was legally filed and entered into by the parties.

Justice Dimgba, while stating that his findings showed there was a formal procedure followed by the defendants in the lifting and subsequent sale of crude oil to third party, pointed out that the agreements were not procured by fraud or any other unlawful means.

On the issue of competence and capacity, the judge noted that the defendants demonstrated that they had the expertise and the wherewithal to procure crude oil from the NNPC, process same and deliver the monetary equivalent of 5,652,227 barrels of crude oil.

While stressing that the burden of proof was on the prosecution, Dimgba held that the 1st to 3rd defendants did not strike him as a person with fraudulent intent because claim of the 1st defendant that he committed all his resources to executing the agreements were not challenged by the prosecution.

The judge said, “I find it difficult to see how the 1st to 3rd defendants acted fraudulently “, adding that Yakubu, in his evidence had stated that the federal government entered the agreements to, “consolidate on the gains achieved from previous agreements.”

Dimgba accordingly discharged Omokore on counts one to three on grounds that the prosecution failed to discharge the burden of proof in relation to the said counts.

On the issue of conspiracy, the court held that there was nothing before it to show that the defendants conspired to carry out the agreements in an unlawful manner because the agreements were lawfully and legally entered into by the parties.

Similarly, the court discharged the defendants on the issue of money laundering on the grounds that the contract was a lawful one and as such monies generated from it cannot be regarded as proceeds of unlawful activities.

Although, the court had discharged them in  counts 10 and 11 relating to them on the grounds that the money used to purchase the cars gifted them were not from proceed of fraud and money laundering, the court however held that they violated Section 98 of the Criminal Code which forbids public servants from receiving gifts from companies or individuals dealing with their office.

Having found Briggs and Membere guilty of what he described as a lesser offense, Justice Dimgba, subsequently adjourned to Wednesday for allocutus and subsequent sentencing.

They were earlier arraigned before Justice Nyako on July 4, 2016.

Then Chief Judge of the Federal High Court, Justice Ibrahim Auta, had transferred the case to Justice Dimgba following complaint by the EFCC.

Some of the charges had read: “That you Olajide Jones Omokore, Atlantic Energy Brass Development Ltd, Atlantic Energy Drilling Concept Ltd and Kolawole Akanni Aluko (now at large) between May and October 2013 within the jurisdiction of this honourable court, by false pretence and with intent to defraud, induced the Nigerian Petroleum Corporation (NNPC) and the Federal Government of Nigeria to deliver to you 5,652,227 barrels of crude oil (Brass blend) amounting to the sum of US$616,013,615.27 through the medium of contract, which delivery was induced by the false pretence to wit: that you had technical competence, professional skills and funds (both local and foreign) necessary to support NPDC in petroleum operation for the contract area and you thereby committed an offence contrary to section 1 (1) (b) of the Advance Fee Fraud and Other Fraud Related Offences Act Cap. A6, 2010, Laws of the Federation of Nigeria and punishment under section 1(3) of the same Act.”

That you Victor Biggs (while being the Managing Director of the Nigerian Petroleum Development Company, NPDC), Abiye Membere (while being the Group Executive, Exploration & Production of the Nigerian National Petroleum Corporation, NNPC), David Mbanefo (while being Manager, Planning & Commercial of the Nigerian Petroleum Corporation, NNPC) and Diezani Alison-Madueke (at large) (while being the Minister of Petroleum Resources) between 2013 and 2014 within the jurisdiction of this Honourable Court, did abet the commission of money laundering by Olajide Jones Omokore, Atlanatic Energy Brass Development Ltd, Atlantic Energy Drilling Concept Ltd and Kolawole Akanni Aluko, and you thereby committed an offence contrary to section 18 (a) of the Money Laundering (Prohibition) Act 2011 (as amended and punishable under section 15 (3) of the same Act.” The pleaded not guilty when the charge was read to them.