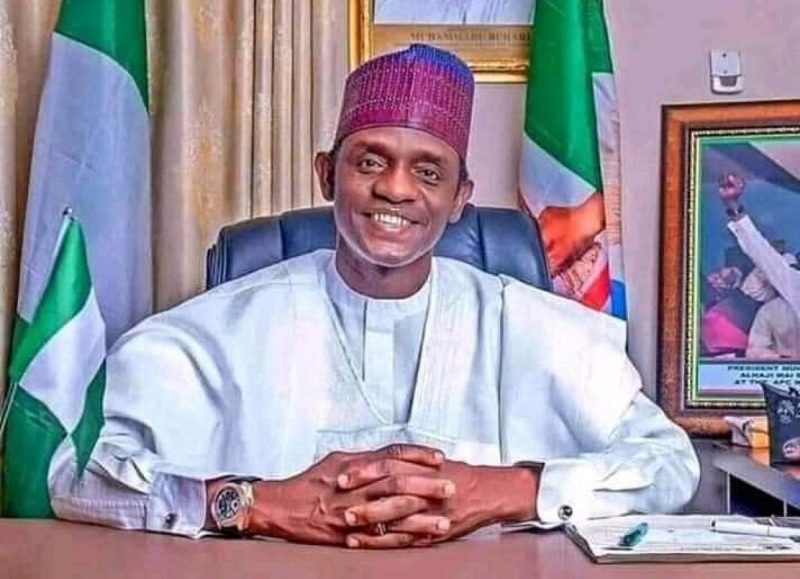 The Chairman of the All Progressives Congress, Abdullahi Adamu, on Friday in Abuja hinted at his intention to probe the national secretariat of the party as well as its directors.

Adamu said this after receiving his certificate of return from the national convention electoral committee led by Jigawa State Governor, Muhammad Badaru.

Badaru, who visited the secretariat alongside members of the election sub-committee, also presented certificates of return to other party officials elected on March 26, 2022.

Speaking to party officials, Adamu said, “I am a team player and as much as is possible, I want to carry everybody along. We will definitely, by the will of God Almighty, the secretariat, need to look at you but I’m not saying anything today until the transition committee submit its report.

“It is my hope that by the time the report is submitted, you will have what they call a clean bill of the ledger. That’s my prayer.”

On the party’s preparations ahead of next year’s general elections, Adamu, who noted the enormous responsibility to be shouldered by the new leadership called for loyalty, saying, “There is no room for failure.”

“We have zero tolerance for failure in this new dispensation of our great party because we have an anomalous responsibility for want of more appropriate exploration ahead of us.

“On the elections, we cannot move the way we are to the election. We have a marching order from the leader of this party, President Muhammadu Buhari. We will have to deliver. There will be no excuses whatsoever and will need everybody’s hands on deck for this to happen,” he said.

On his part, the Chairman of the election subcommittee, Badaru described the contestants who stepped down to honour the consensus arrangement as true heroes of the party, having behaved maturely with understanding.

He said, “There were 78 positions contested for the NEC members and the zonal executives. But from these 78 positions, the consensus was achieved in 66 positions which means that positions that were contested and elections conducted were 12.

“This demonstrates the fact that the APC is indeed one family and the members will always listen to President Muhammadu Buhari and his call for peace and unity of the party.

“Despite their interests, they chose to withdraw to allow for consensus so that our party will come out stronger and indeed this was what happened. I thank them and I believe they deserve all our commendations and the party will never forget them.”

Related Topics:APCBunifinancestransition committee
Up Next