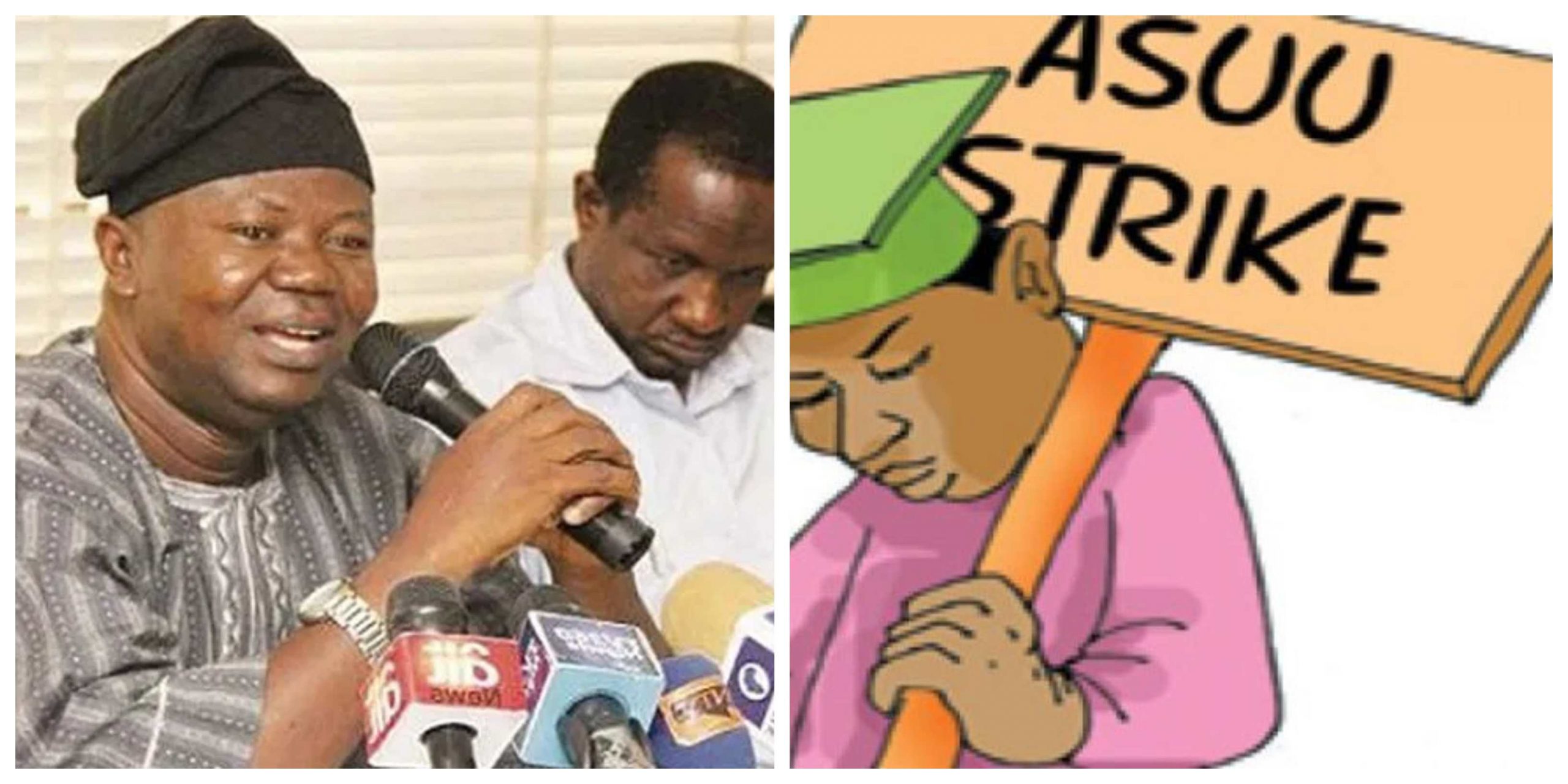 THE Academic Staff Union of Universities says it is ready to call off its industrial action and resume work.

President of the association, Prof Biodun Ogunyemi, who gave this indication, however, said it was waiting for the Federal Government to give the go-ahead by adopting ASUU’s created salary payment platform, the University Transparency and Accountability Solution.

He said the new platform would be used by the government to pay lecturers their outstanding salaries.

UTAS is the payment platform created by ASUU in place of government’s Integrated Payroll and Personnel Information System.

A new report by The Punch quoted Ogunyemi as saying, “Our members are ready to resume work as early as government is ready to play its part. I’m sure you are not suggesting that our members should resume on empty stomach or the strike should be suspended without any concrete action on the side of the government. We don’t like to stay away from our work because we like our students, they are also our children.

“As far as we are concerned, we don’t have issue with going back to work, but we want more sincerity on the side of government.

“We have not seen enough reasons to believe that they don’t mean what they are telling us but as soon as we see any sign to that effect, we will tell Nigerians.”

Although he said UTAS had been approved in principle after making presentation about it to the Ministry of Education with other stakeholders, an integrity test on the payment platform to be conducted by an agency of government was required.

Ogunyemi said, “The integrity test will be handled by NITDA, it is government that will facilitate it because NITDA is a government, agency and unless you get clearance from the government that test cannot be conducted.”

Speaking on whether the government had accepted UTAS, the ASUU leader said, “We are still talking, we have given them the position of our members, we are thinking we should be able to hold a meeting this week if they have not changed plans. The meeting for Monday was postponed.

“In principle, they have accepted UTAS and told us to go for the test, and on our part, we have started the process. We had presented UTAS at three levels, starting with the Ministry of Education, Senate President and members of his team, officials of Ministry of Finance and Office of the Accountant General of the Federation, where all other stakeholders were present, including NITDA.

“All stakeholders have witnessed the presentation and the next stage of integrity test is what we are moving into. If government facilitates it, it is not something that should drag for too long at all. We don’t foresee any problem with UTAS; it also depends on how early the government makes it possible for the integrity test to be conducted.”