A Jos Central Area Court sitting in Kasuwan Nama, Jos, on Thursday dissolved a three-year-old marriage between Adaka Yunana and his wife, Helen, after she eloped with her lover.

A pane of Judges, Ghazali Adam and Hyacinth Dolnanan, in granting the request made by Yunana , said, all efforts to reconcile the parties had failed.

The judges ordered Yunana and Helen to go their separate way.

Earlier, Yunana, pleaded with the court to dissolve the union, saying:” my wife eloped in 2019, the same year I married her to be with her lover.

”She didn’t call to say why she abandoned her home and when I called her. 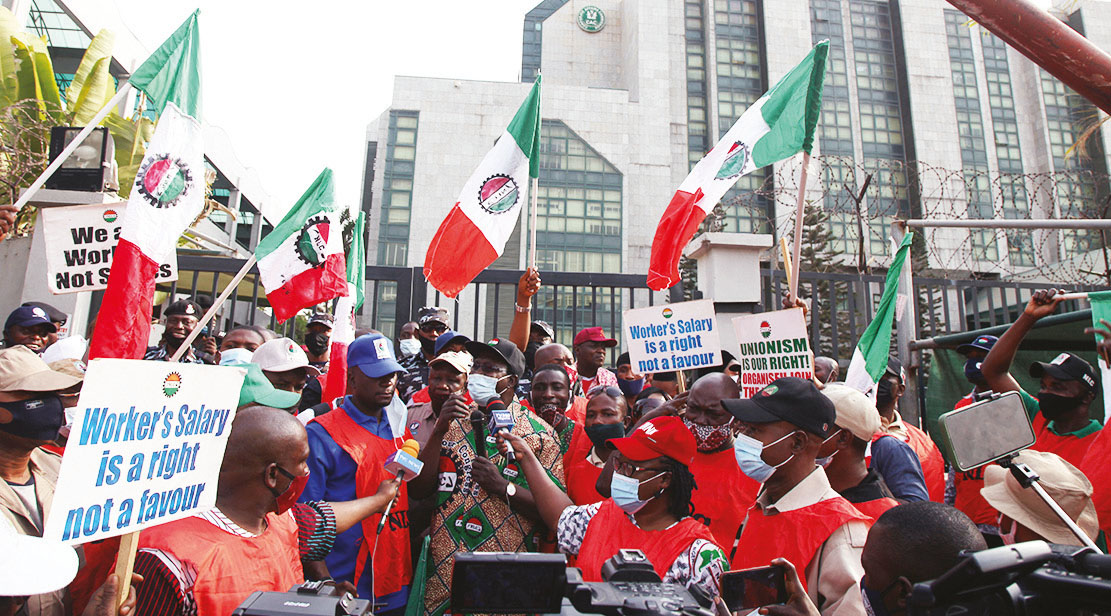 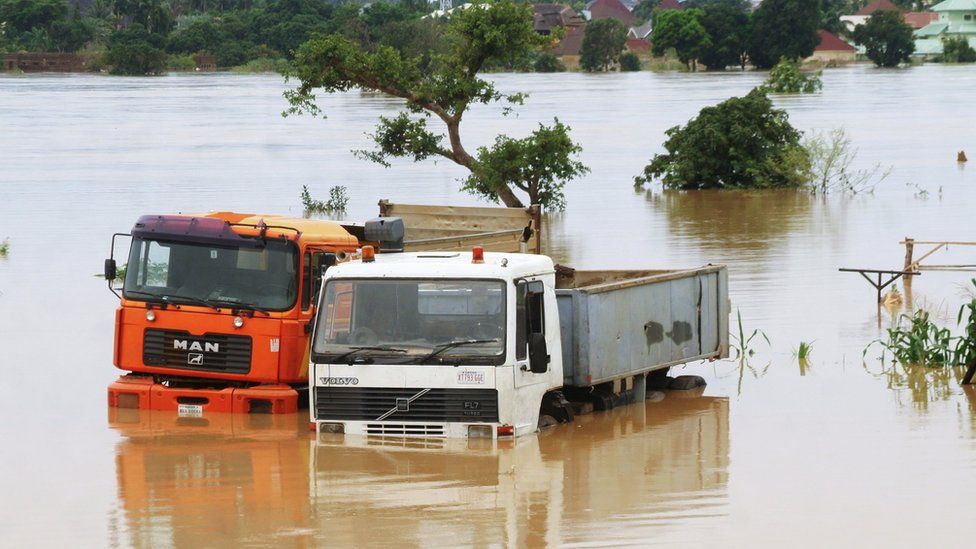 No fewer than twelve communities mostly in Etsako Central and Etsako East local governments of Edo State have been submerged by flood as River Niger overflowed its banks.

Farmlands of agricultural produce like rice, cassava, vegetables, potatoes, ground nuts and others have been completely submerged by the flood.

Residents said churches, mosques, markets and schools have all been submerged by flood and called on the state and federal governments.

A resident of Udaba community, Mr Isaac Omoaka, said the flood was worse than the 2012 flood.

When contacted, the Edo State Commissioner for Special Duties, Osasere Evboumwan, said relevant agencies had visited the places and were compiling their reports.

On his part, the Head of Operations, National Emergency Management Agency (NEMA) in Edo State, Dahiru Yussuf, said, “We have a local contact in the local government area who gives daily reports on what is going on here.

“We have food and non-food items for people to be evacuated to assist them. We are ready to move in. 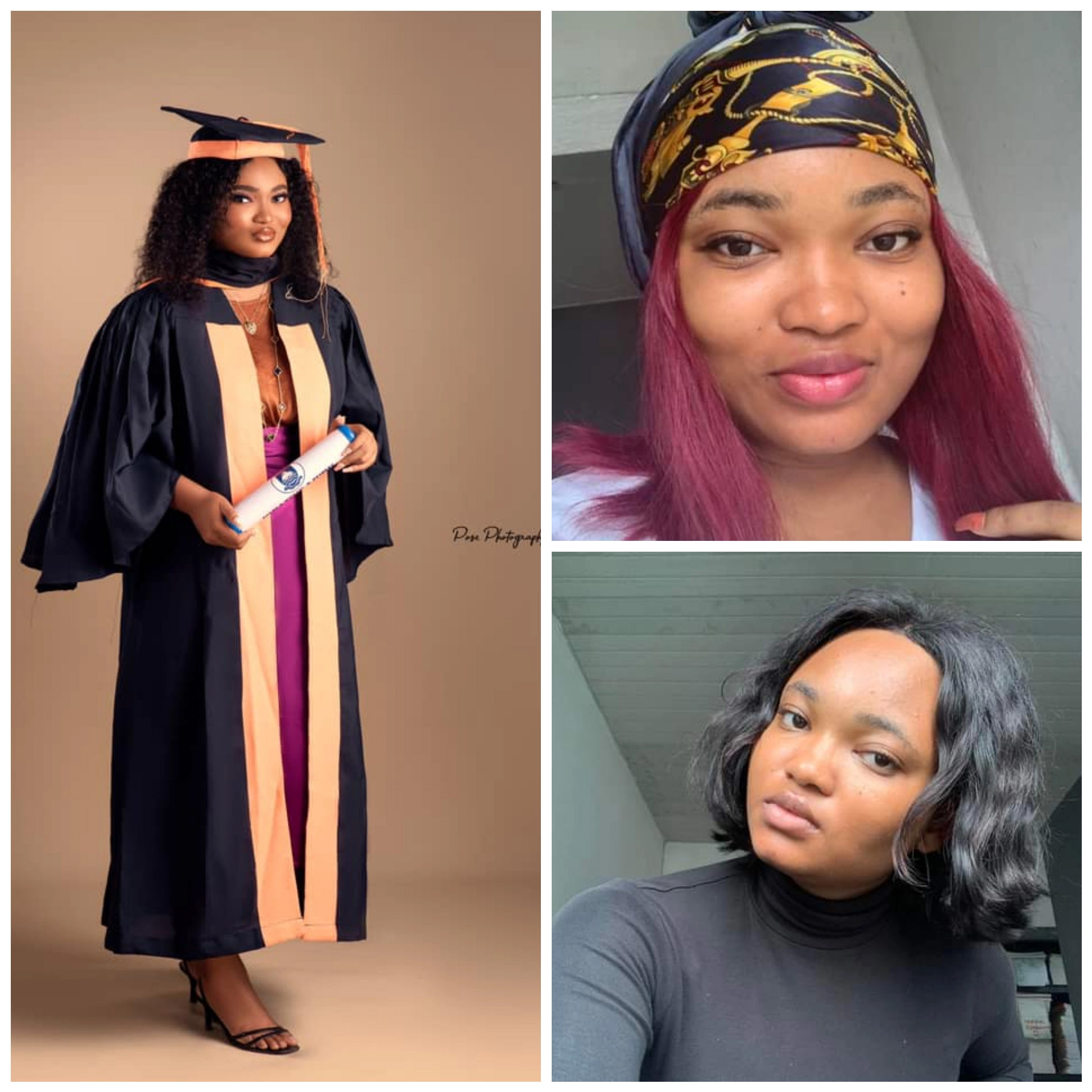 A Port Harcourt based woman, Onwuzuruike Chidera, has got friends worried after she posted suicidal notes on Facebook.

In the notes posted on Sunday, October 2, 2022, she bid herself farewell, saying that “they are here to take her home”

“Rest In Peace, Dera. You have done your best. Rest, now.” she added.

According to entrepreneur, Chukwudi Iwuchukwu, the lady has been battling chronic clinical depression.

“Please, who ever that knows where Onwuzuruike Chidera lives in Portharcourt should please go and check up on her. My friend is battling chronic clinical depression and I came online to see her posing cryptic suicidal message on her page on Facebook. She is not taking my calls as I have been calling her for the past 30 minutes,” he said. 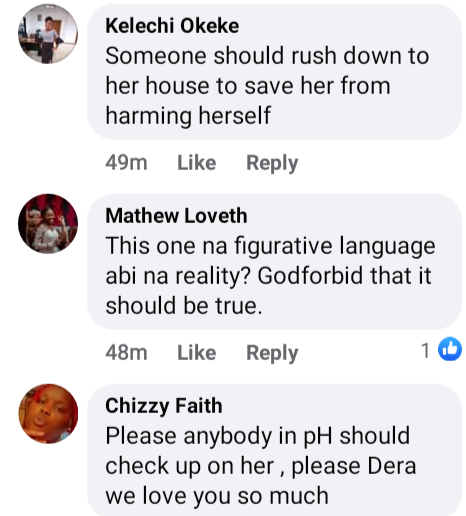