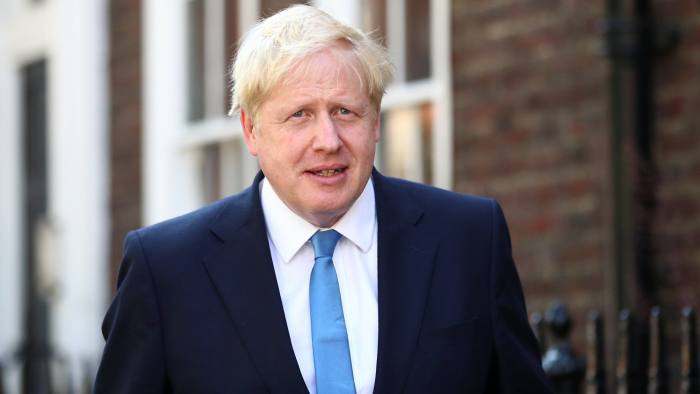 The United Kingdom has exempted Nigeria from a list of 30 countries that have been banned from entering its country over rising COVID-19 cases.

With over 3.7 million cases and more than 100,000 deaths, the UK is one of the top five countries with the highest number of confirmed infections.

The Cable quoted the UK as saying in a statement on the government’s website that nationals from 30 countries, some of which are in South America and Southern Africa, would be banned from entering the country.

The list excludes British and Irish nationals or others who possess resident visas.

This development comes amid discoveries of new virus strains such as B.1.1.7 found in UK, B.1.351 discovered in South Africa and P.1 variant identified in Brazil.

“People who have been in or transited through the countries listed below in the last 10 days will not be granted access to the UK,” the statement reads.

“This does not include British and Irish Nationals, or third country nationals with residence rights in the UK, who will be able to enter the UK but are required to self-isolate for 10 days on arrival along with their household.”

Addressing members of parliament on Wednesday, Boris Johnson, UK prime minister, said citizens must have valid reasons to travel outside the country before permission is granted at the airports and ports.

He said such measure is meant to curtail the spread of the virus from other countries to the UK.

“I want to make clear that under the stay home regulations, it is illegal to leave home to travel abroad for leisure purposes,” he said.

“We will enforce this at ports and airports by asking people why they are leaving and instructing them to return home if they do not have a valid reason to travel.”

Related Topics:COVID-19FeaturedNigeriatravel banUK
Up Next

The Federal Government, through Debt Management Office (DMO), has raised N742.56 billion via Sovereign Sukuk for the construction and rehabilitation of roads across the country.

This is from 2017 till December 2022. Director General of DMO, Patience Oniha, made the disclosure in Abuja on Monday while presenting the 2022 Sovereign Sukuk cheque of N130 billion to various implementing ministries (Works and Housing and Federal Capital Territory (FCT).

She stated that the money will be released as part of the Capital Expenditure in the 2022 Appropriation Act, which has been extended by the National Assembly to March 31, 2023.

According to her, the Sukuk issuance journey has paid off with the first N100 billion realised in September, 2017.

She said: “The DMO has issued Sukuk four more times bringing the total amount raised as at December 2022 to N742.56 billion. From the Sukuk issued between 2017 and 2021, a total of N612.56 billion was raised and deployed to the construction and rehabilitation of sections of 71 roads and four bridges covering a total of 2,820.06km.

“I wish to commend the implementing Ministries and their various contractors for supporting the DMO in this initiative. Not surprisingly, the two Ministries are also beneficiaries of the N130 billion 2022 Sovereign Sukuk, whose proceeds will be similarly deployed to road projects”

Oniha added that through the Sovereign Sukuk initiative, the DMO has demonstrated its strong alignment with the policy of President Muhammadu Buhari infrastructural development.

She noted that the agency has positioned itself not only as one for managing the public debt including borrowing on behalf of the Federal Government, but as an active stakeholder in the domestic capital market through innovation, investor engagement and collaboration with other stakeholders.

“These have deepened the market, created benchmarks for other borrowers and promoted financial inclusion by providing a retail product, FGN Savings Bond, as well as, Sukuk and Green Bonds for ethical investors”, she stated.

Earlier in her remarks, the Minister of Finance, Budget and National Planning, Mrs Zainab Ahmed, noted that Sukuk, a project-tied debt instrument, was one of the many innovative and very successful initiatives of the Buhari administration towards financing the development of critical infrastructure in the country.

“As at November 2022, N1.88 trillion had been released as Capital Expenditure, which represents about 40 percent performance when compared to the total Capital Budget of N4.7 trillion. This informed the need to extend the period to implement the capital component of the 2022 budget”, she explained.