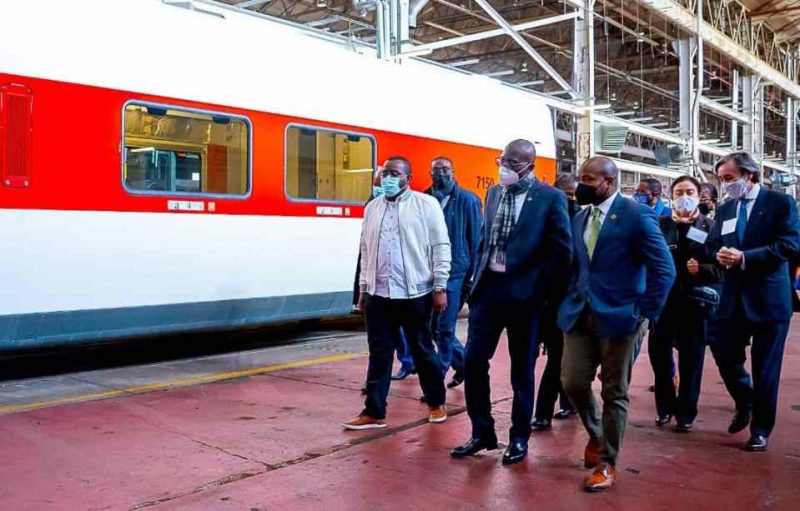 Ahead of the commencement of Lagos intra-city rail line movement scheduled for end of the year, the state government has acquired two sets of new 10-car train.

The Talgo train for RedLine metro line has a speed of 330km per hour.

Lagos State Governor, Mr Babajide Sanwo-Olu, on Tuesday completed the acquisition deal of the trains at a public event inside the Milwaukee facilities of Spanish train manufacturer Talgo Incorporated in the United States.

The trains will be heading to Lagos, Nigeria for the Red Line, a 37 km track rail project started by Governor Sanwo-Olu, according to a statement signed by the governor’s Chief Press Secretary, Gboyega Akosile.

The red line, it added, would have 11 stations and when completed, it will be the first operational metro system in West Africa.

He said they were in Milwaukee to see things for themselves in respect of the purchase of the trains, adding that they had inspected the trains, seen their configuration and were satisfied that they fit into the tracks of the Red Line in Lagos.

He said, “A train is not something you can just go on the shelf and pick up. We are very lucky to get brand new trains. We have seen our beautiful white and red trains. Coincidentally, the rail line is called Red Line and you can see they have given us the colour. We are just going to brand it and put up our seal there.

“We hope that this (purchase of the trains) will be the beginning of a mutually beneficial business relationship. Providing source of livelihood for our citizens is all about providing jobs for our people and that is what we are doing. It is about ensuring that we can build our economy; people can move from one location to another and businesses can grow.

“Part of what we have done in the last two and half years is to have what we call Integrated Urban Mass transportation system, where we will be using road infrastructure, waterway infrastructure and rail infrastructure so that we can move over 20 million Lagosians within and around the city.”

The acting Milwaukee Mayor Cavalier Johnson, who received Governor Sanwo-Olu in the city, said, “It is a little bittersweet. I am sending my congratulations to the Governor of Lagos State in Nigeria, but also a little disappointed that we missed out on the opportunity to have those train sets operating here in Milwaukee and in Wisconsin.”

Also speaking the CEO and President, Talgo USA Antonio Perez, said “For us, it is important that our trains are utilised. It doesn’t make any good for the trains that we built to be stored and kept without passengers riding them.”

Since the commencement of his administration on May 29, 2019, Governor Sanwo-Olu has maintained his administration’s commitment to bringing the Red Line project to fruition during the lifetime of his government.

The statement recalled that the governor had specifically promised Lagosians that first phase of the Red Line would begin by the last quarter of 2022 or first quarter of 2023, with a capacity to move 500,000 passengers daily.

Related Topics:FeaturedLagos metroline
Up Next 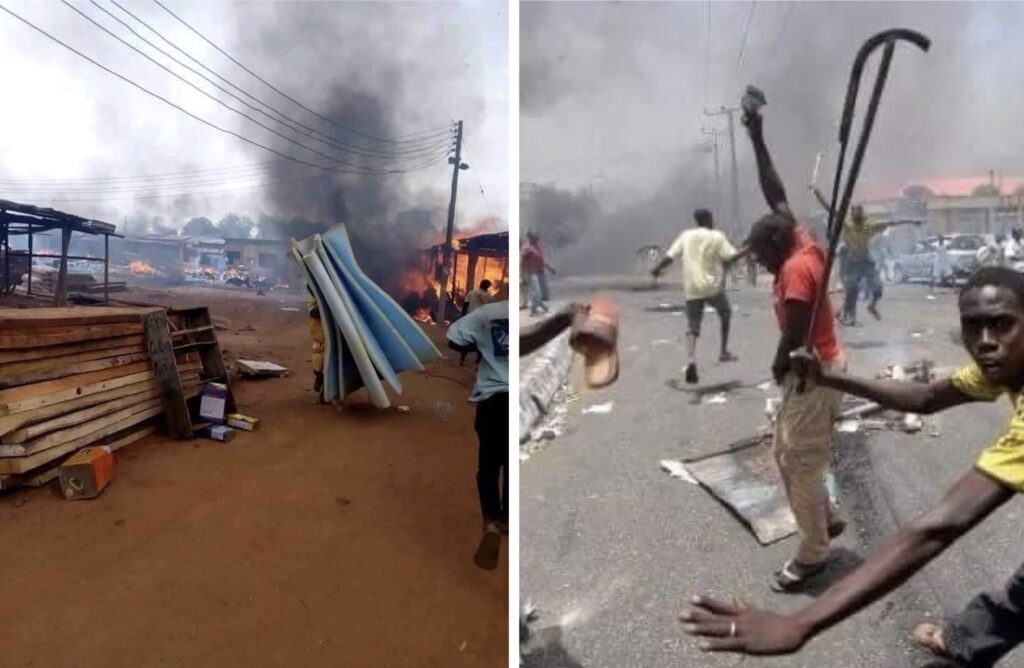 More facts have emerged how hoodlums on Wednesday attacked the Federal Fire Station situated at the Abuja International Building Materials Market, located at the Dei-Dei Market, Abuja.
Hoodlums had set building materials worth billions on fire after a clash between okada riders and traders in the market.
An okada rider was accused of putting his passenger, an Igbo woman o the harms way by running under a moving trailer which ended up crushing the woman’s head.
The issue had led to the okada riders attacking traders and setting the building materials on fire.
The hoodlums had allegedly prevented Fire Service officials from carrying out their duty to allow the goods to burn.

The Federal Fire Service has condemned the attack on Dei-Dei area fire station in Abuja by angry mob, following the unrest at building material market on Wednesday.
The FFS Public Relation’s Officer, Mr. Paul Abraham, said the attack by the hoodlums led to the destruction of several parts of the station and the station’s firefighting trucks.
Dei-Dei International Building Material Market, experienced a civil unrest at the early hours of Wednesday which led to the destruction of property.
FCT Minister Mohammad Bello, had also ordered the indefinite closure of the market, following a clash between commercial motorcyclists and the traders.

Abraham said that FFS Controller General, Abdulganiyu Jaji, had decried the attack emphasising that men of the service were determined to save lives and property.
“Firefighters have a statutory duty to protect lives and property even in the face of danger.
“It is on this note that it is unacceptable and inexcusable to attack gallant men who at the expense of their lives turned out to put under control the self induced fire.
“ No Nigerian has the right to take laws into his or her hands talk more of vandalizing firefighting equipment, threatening firemen as well as tampering with private property,” he said.
The PRO said that the Dei-Dei command received a distressed call from the market association chairman regarding the arson ongoing in the market.
He explained that men of the service said that they would only turn out to the scene of fire if they were protected by security operatives who were yet to be on ground at that time.
He said that while the firemen were on standby waiting for the arrival of security operatives, a mob approached the fire station and began attacking firefighters who were ready to be deployed.
He said that the firemen eventually turned out to the chaotic scene to put the fire under control with the presence of security operatives.
The spokesman said that the CG commended the gallant firefighters for their act of bravery which went a long way in saving lives and property worth billions of naira from the inferno.
Jaji also sympathised with persons who got injured during the crisis. 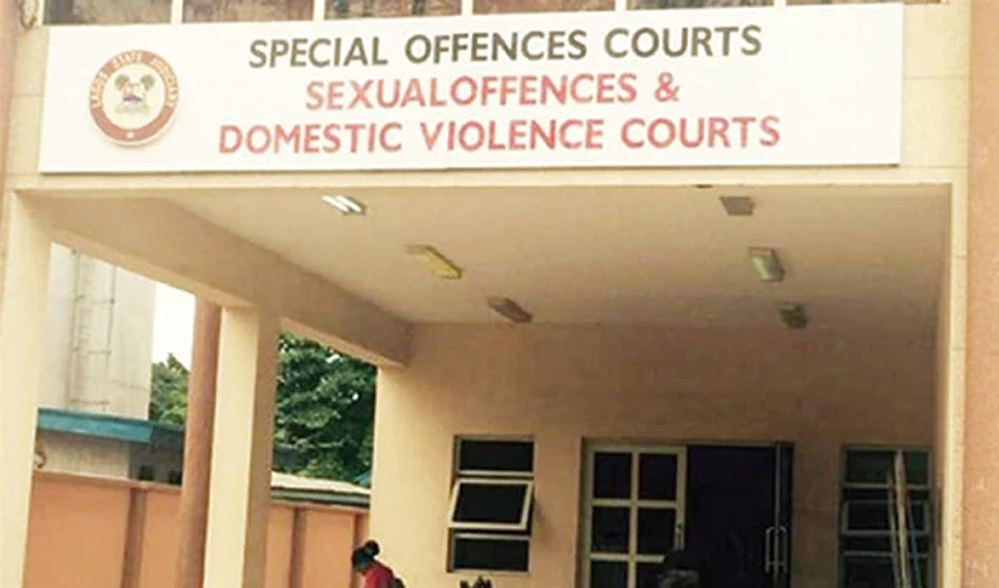 A six-year-old girl has narrated how she was allegedly defiled by an herbal doctor, Sangosanya Boluwatife, in the Igbogbo, Ikorodu area of Lagos State.

He was arraigned before the court in September 2020 for defilement, which contravened Section 137 of the Criminal Law, C.17 Vol.3, Laws of Lagos State, 2015.

The charge read, “Sangosanya Boluwatife, on or about June 6, 2020, at Oreta, Igbogbo, Ikorodu, Lagos, in the Ikeja judicial division, defiled one (name withheld) aged six, by having unlawful sexual intercourse with her.”

The defendant pleaded not guilty to the charge.

The prosecution presented two witnesses, who testified against Boluwatife.

During the Monday sitting, the prosecuting counsel, A.R Abolade, led the victim through her account of the incident.

She said, “I stay with my grandma, but my mummy usually takes me to stay with the defendant.

“On a particular day when we were alone in the defendant’s apartment, there was no electric power and the defendant asked me to pull off my clothes and pants. He said that I would like what he was about to do to me and later, I couldn’t hear what he was saying as he was talking very low.

“He put his hand in my private parts and after a while, he asked me to go and have my bath. I didn’t tell my mummy when she came to pick me up afterwards, but I told my grandma and she informed my mum.”

The defence counsel, O.A. Lawal, while cross-examining the child, said, “Has anyone ever touched your private parts before and was it painful?”

The victim answered in the negative.

“That means you enjoyed it,” Lawal added.

Justice Soladoye objected to the question and urged the counsel to be sensitive.

“Did you like what the defendant did or shout while he did it to you?” he queried.

The victim again replied in the negative. 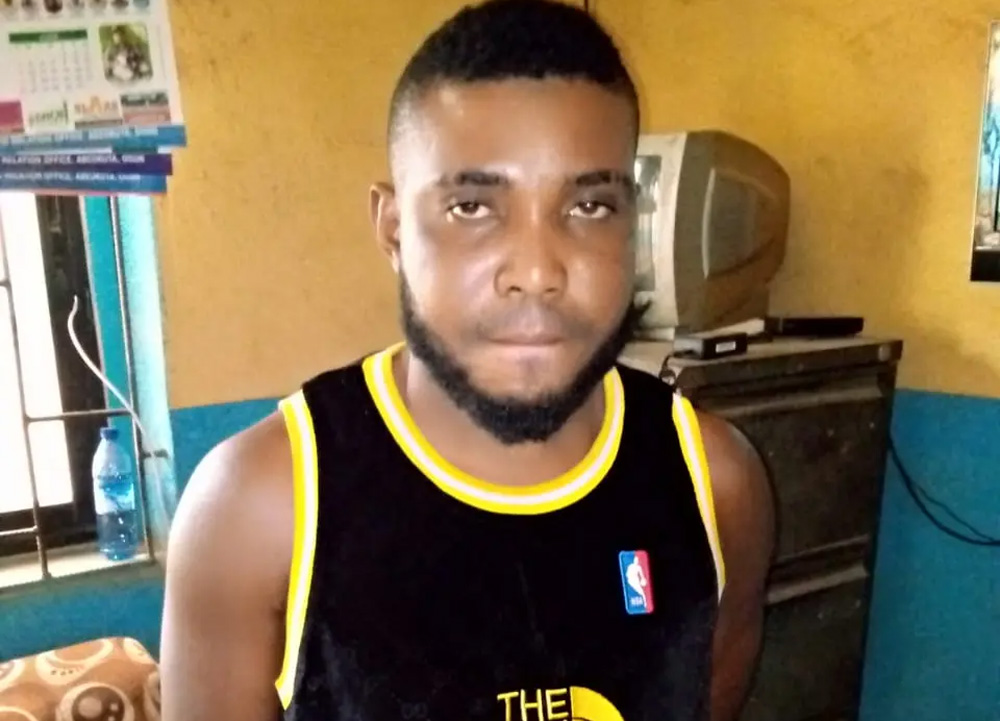 The police have arrested a 36-year-old man, Kingsley Essien, for allegedly selling his two-year-old son for N600,000.

The suspect was also accused of trafficking his wife to Mali for prostitution.

Oyeyemi said the wife told the police that her husband informed her of securing a job for her in Bamako, Mali, last October.

She said she did not suspect any foul play because the man had assisted many people to that country for before.

She said it was when she got to Mali she discovered that she had been sold to a human trafficking cartel headed by a woman at the rate of N1.4 million.

“While in Mali, she was forced into prostitution, but later found her way to the Nigerian embassy in Bamako where she was assisted back to Nigeria.

“On getting to Nigeria, she discovered that her two-year-old son in care of her husband was nowhere to be found,” Oyeyemi quoted her as saying.

He said following the report, the DPO Agbara division, SP Abiodun Salau, detailed detectives to go after the suspect, and he was arrested.

“On interrogation, the suspect confessed to crime. He confessed further that he sold his son to somebody at the rate of six hundred thousand naira,” he said.

Oyeyemi said the Commissioner of Police, Lanre Bankole, had ordered the transfer of the suspect to anti-human trafficking and child labour unit of the State Criminal Investigation and Intelligence Department for discreet investigation.

He also ordered that the buyer of the son be traced and arrested in order to recover the stolen child.