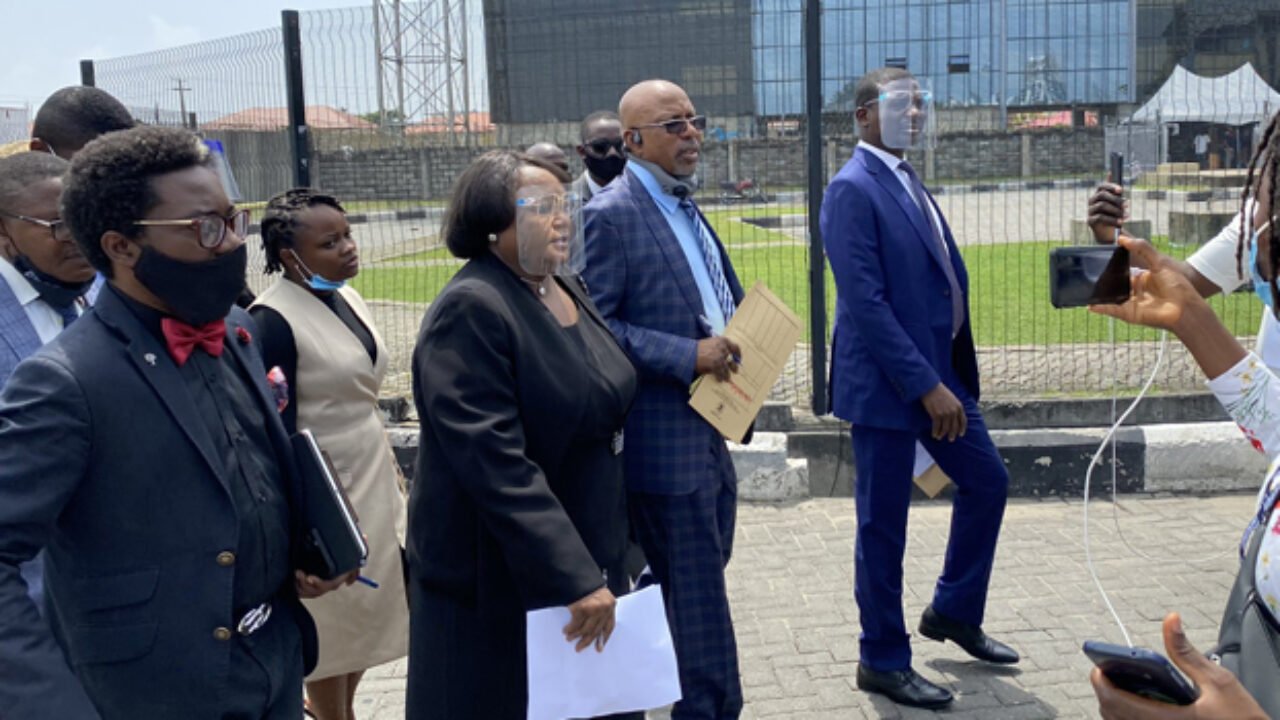 Lekki Concession Company says it is ready to show the footage of the shootings of #EndSARS protesters at the Lekki tollgate.

Its Head of the Legal Department, Mr Gbolahan Agboluwaje, gave the indication on Friday when he appeared before the Lagos State Judicial Panel of Inquiry for Restitution for Victims of SARS and related abuses.

He said the footage of the October 20 shootings of the #EndSARS protesters was available.

According to him, there are hours of recordings on the CCTV footage.

Although he said when summoned on Wednesday, the company was asked to come with the footage, a report and a document, the “LCC is prepared to air the footage before the panel.”

Agbouwaje added, “We have the footage. We do not have an investigation report because we know that investigations are ongoing and we have not been able to provide any document. We had a very short notice and we brought what we were able to lay our hands on.”

He also told the panel that due to the short notice, the company’s Managing Director, Abayomi Omomuwa, would not be able to testify.

Okuwobi noted that the programme of the day for the panel was to visit the locus (scene of the Lekki Shooting) and to have proceedings based on their findings from the visit.

“We were initially to take note of what we see at the locus and today’s proceedings were to be subsequent to what we see there.

“The panel will arise very shortly to visit the locus. The panel noted that it is required of the witness to have a counsel of his choice. We will not take the proceedings of the visit of the locus until then.”

The panel members visited the Lekki tollgate, where they reportedly found some bullet shells and the Military Hospital in Ikoyi.

After inspecting the Lekki tollgate, they went to the Military Hospital in Ikoyi to ascertain the claim that soldiers took the dead bodies away on the day of the shooting.

At the gate of the hospital, the panel members led by Justice Okuwobi with journalists and observers were initially refused entry by the soldiers.

The soldiers claimed that they were not aware of their coming and that it was against protocol to come in without prior notice.

It was Barrister Ebun Olu-Adegboruwa who put a call through before the panel members were allowed entry.

The panel members were taken round the hospital by General A. I. Taiwo and it was discovered that the hospital does not have a morgue.