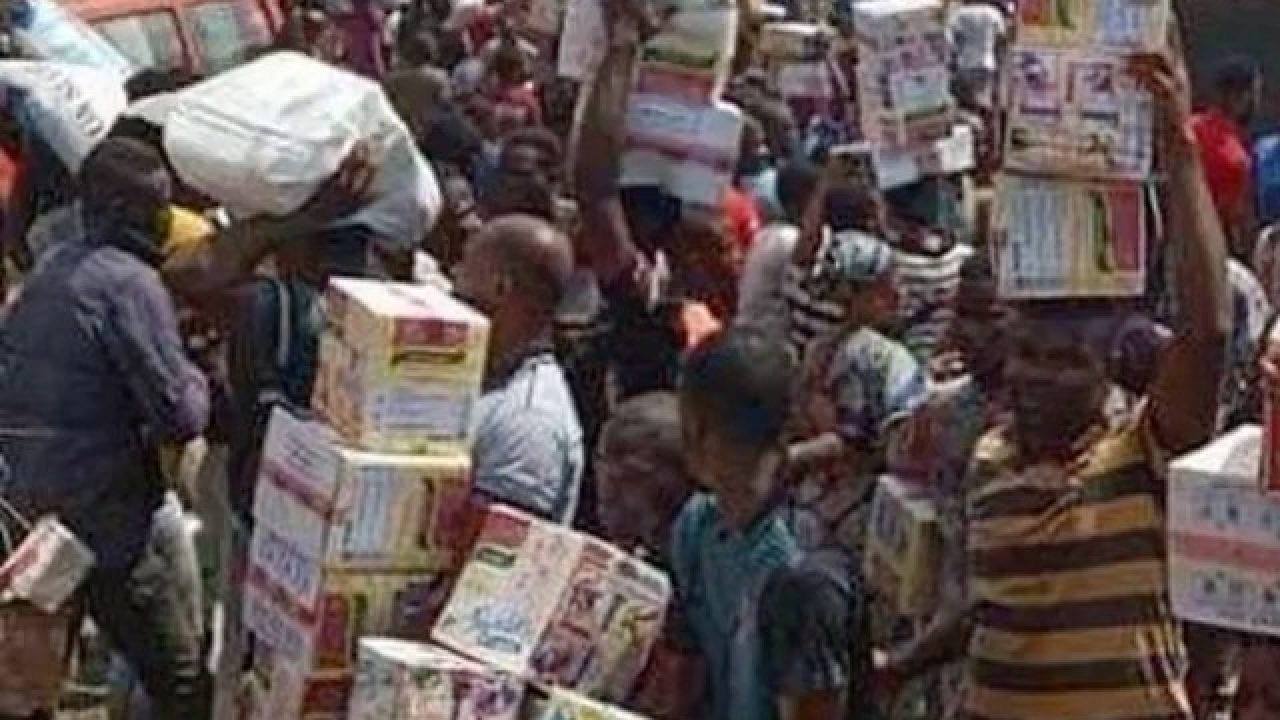 Barely 24 hours after suspending a curfew imposed on the people of Osun State, Governor Gboyega Oyetola has slammed another stay-at-home order on all residents of the state with immediate effect.

This, he said, was necessary to arrest the fresh looting and vandalisation of public and private property in the state.

The governor who announced this in a broadcast said the curfew would start from 3pm on Saturday.

Specifically, he said the curfew was announced to curb the looting of warehouses across the state.

Massive looting of warehouses was recorded in Ede and Ilesha on Friday.

Violence also broke out in Ile Ife and Osogbo over the looting of COVID-19 palliatives kept in warehouses.

The Iwo Local Government Secretariat and an office of a former deputy speaker of the House of Representatives, Lasun Yusuff, were reportedly looted on Saturday morning.

Governor Oyetola who condemned the looting and vandalism, described the actions as abuse of the suspension of the earlier curfew.

He said, “It is unfortunate that hoodlums and criminals have taken advantage of government’s action to wantonly loot government and private property, including private business premises and homes in several parts of the State this morning. This is unacceptable and it stands condemned.

“After an emergency security meeting this afternoon, where the whole situation was reviewed and assessed, we came to the inevitable conclusion to declare a curfew. Consequently, I hereby declare a 24-hour curfew across the whole state with immediate effect.

“This inevitable conclusion was reached to avert the continuation of this irresponsible act, especially now that the genuine protesters have suspended their protest earlier today.

“My fellow citizens, the declaration of a 24-hour curfew, which will be indefinite until further notice, is to prevent the current state of anarchy from degenerating into large-scale breakdown of law and order.

“For the avoidance of doubt, there shall be no vehicular (including Okada) or human movement during this period. Only those on essential duties will be permitted to move around. These persons too must carry with them proper identification to allow access.”

He said violators of the curfew rules would be prosecuted and enjoined all citizens and residents of the state to remain in their homes until further notice.