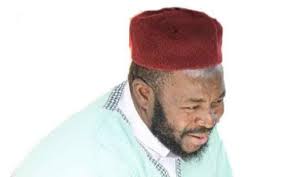 The new religious title was bestowed on Molaasan by the Oluwo of Iwoland, Oba Abdurasheed Akanbi, amidst controversy.

Though, Oluwo was absent at the reception, apparently because of the court order restraining him from going on with the installation.

The league of Imams and Alfas had approached the court to obtain a court injunction, restraining Oluwo from installing Molaasan as the Grand Mufti of Yorubaland, saying he lacks the power to bestow Islamic title on anyone.

Speaking at the reception organised by the Muslim community of Iwoland and Jama’at Ta’awunil Muslimeen, Molaasan explained that the installation and turbaning had been done by the Oluwo when he was appointed as the Grand Mufti.

Malaasan who is the national president of Jama’atu Ta’awunul Mumineen, said, “I will facilitate discussions among scholars towards finding solutions to religious disunity and disharmony among Muslims.

“One of our programmes is to re-orientate our people about what Islam is. We are going to call both Sunni and Sufi scholars to discuss ways on how to end disunity among Muslims.”

The event was attended by the Waziri of Yorubaland, Sheik Yaqoob Muhammad AbdulBaqi, Muslim scholars from Oyo, Ogun, Kwara and Lagos.

After the reception, the muslim community went to the palace where the monarch prayed for them and advised them to remain united.