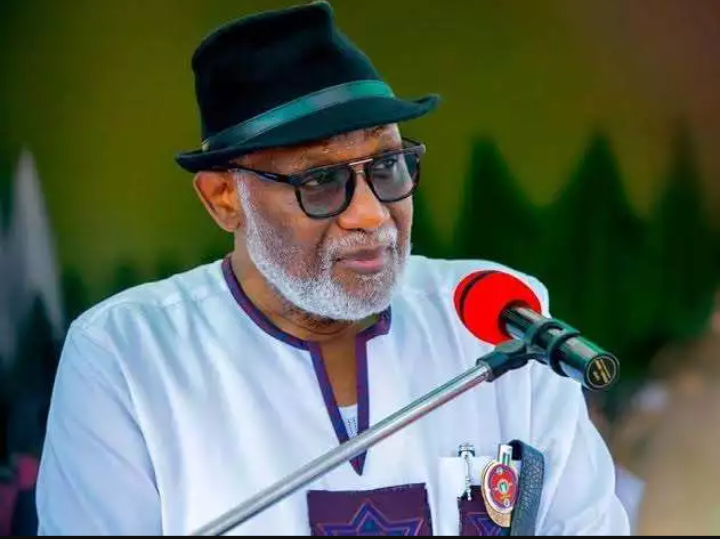 Ondo State Governor, Oluwarotimi Akeredolu, has said that the suspension of operations of the National Union of Road Transport Workers (NURTW) and the Road Transport Employers Association of Nigeria (RTEAN) was for two weeks in the first instance.

He said the two weeks was to allow both unions meet and settle their differences to avert blood bath.

He however said the meeting of the unions was secondary to him as his primary concern was to protect citizens of the state.

Akeredolu, who spoke through his Special Adviser on Special Duties and Strategy, Dr Doyin Odebowale, explained that he suspended operations of NURTW and RTEAN at motor parks in the state to avoid bloodletting in the state.

He stated that it was greed causing the fight as well as money sharing formula.

Governor Akeredolu insisted that only the state government ticket printed by the State Internal Revenue Services would be sold to commercial drivers for the sum of N300.

He wanted that anybody caught selling any other ticket would be arrested and jailed.

His words, “Nobody will be allowed to sell any other ticket under whatever guise in Ondo State.

“We are releasing our ticket and it is only our ticket to be sold across the state. We will enforce it. We don’t want to see anybody on the road to be collecting money. We will arrest and jail anybody who tries it. We cannot have two governments in Ondo State.

“The Governor has directed that the transports fare be return back. My team will be enforcing the formal price regime. We will not allow the citizens to be exploited. Nobody will be permitted to disturb the peace of the state.

“No taxi driver should hide under fuel price increase to hike transport price. We are asking them to revert to what obtains before.”

Olatunde said leadership of both Unions have been directed to vacate the motor parks for peace to reign.

Commercial drivers in Akure expressed joy at the suspension of NURTW and RTEAN activities in the state.

The drivers who had reverted to N50 per drop thanked the state government for stopping collection of levies by the Unions.

A driver who gave his name as Alaba said the decision to suspend the Unions was a good thing to bring peace to the state.

“As government said they should leave, we are okay with that that but the RTEAN members do not fight. However, fuel price has increase but we are going to be taking N50.”

He said it was a good idea for government to raise fund from the Transportation sector unlike the unions.

We will work with aggrieved PDP members, says Atiku