A former member of the House of Representatives, Igo Aguma, says he remains Chairman of the All Progressives Congress (APC)’s caretaker committee in Rivers State

Aguma in a statement signed by his Media Adviser, Livingstone Wechie, said the dissolution of all structures of the APC by the National Caretaker Committee had no effect on the Rivers chapter because of pending cases in courts.

He described Ogbobula and others involved in the ceremonies as impostors and members of Rotimi Amaechi Political Group.

He said Rivers APC had no structures apart from the state’s caretaker committee consisting of statutory members of the party and led by Aguma as declared by the court.

He said, “The so-called inauguration on December 13 of local government chapters of Amaechi Political Group (APG) by an impostor Mr. Isaac Ogbobula has nothing to do with the All Progressives Congress APC in Rivers State.

“For emphasis, the inauguration is that of an aggrieved set of people within the APC in Rivers state consisting followers of His Excellency Rt. Hon. Rotimi Amaechi, the Minister of Transportation.

“It is on record that the APC has no existing structures in Rivers state at all levels apart from the State Caretaker Committee led by Rt. Hon. Igo Aguma made up of statutory members whose Chairmanship as declared and the Court and still subsisting.”

Wechie said there were pending appeals up to the Supreme Court on the leadership of the party in Rivers and none of the cases had upturned the subsisting judgement of the court that declared Aguma as the acting caretaker committee chairman of the APC in Rivers.

He said, “It is important to note that the desperate actions of Isaac Ogbobula and the Amaechi Political group is only aimed at misleading the unsuspecting Public and a section of the APC who are not well informed on the true position of things.

“Isaac Ogbobula knows that he lacks the political pedigree and legitimacy to be the Chairman of APC in Rivers state. His actions best qualify him as a stooge and appendage of the godfather of APC Rivers, Rt. Hon. Rotimi Amaechi whose glory is done away with, now living in that same past glory that can only out to destroy our Party.

“At best, the charade was a gathering of renegades left in the expired Amaechi Political Group.

“For the records, the purported resolution by NEC has no binding effect on Rivers State because APC already had a legitimate caretaker committee chaired by Rt. Hon. Igo Aguma as declared by the Court and so there was nothing to convert since there was no elected structure in place.

“The purported resolution by NEC was that the existing elected structures of the Party be converted to Caretaker Committees and this was already in place in Rivers State APC.

“It is also pertinent to remind everyone that this was the same route that that party took at the dictates of the godfather of the state chapter, His Excellency Rt. Hon. Rotimi Amaechi, making it impossible for our dear party to field candidates for elective offices in the party in our dear state during the 2019 General Election which dashed the hopes of the candidates and party faithful towards the realization of his vow to destroy APC in the state.” 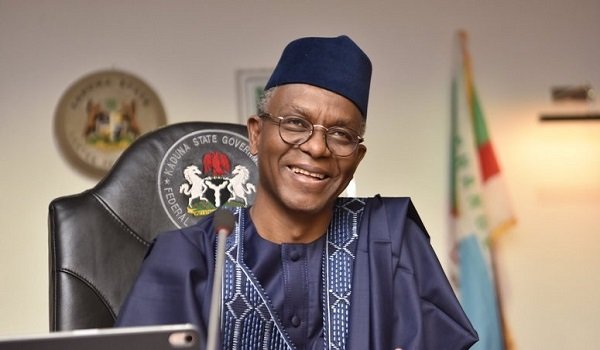 Kaduna State Governor Nasir el-Rufai says President Muhammadu Buhari was shocked when he was told Senate President Ahmad Lawan was the “anointed” presidential candidate of the All Progressives Congress (APC).

He said this on Thursday while responding to questions on a programme on TVC.

In June 2022, some hours before voting at the APC presidential primary, Abdullahi Adamu, national chair of the party, had announced Lawan as the consensus candidate for the party.

Speaking on Thursday, El-Rufai said Buhari was very clear about his position on the choice of a presidential candidate for the party.

He said, “The members of the national working committee called us and said that the national chairman had told them that the senate president is the anointed one.

“Again, the northern APC governors asked for a meeting with the President. We went to the President and said ‘Mr. President, this is what we are hearing; this is not what you’ve been telling us in the past two to three years. Is it true?’

“And the President expressed shock and said ‘I’m not part of this’. And right there and then, he summoned Garba Shehu to issue a statement that he has not anointed anyone. And he told us very clearly ‘I have not anointed anyone’.” 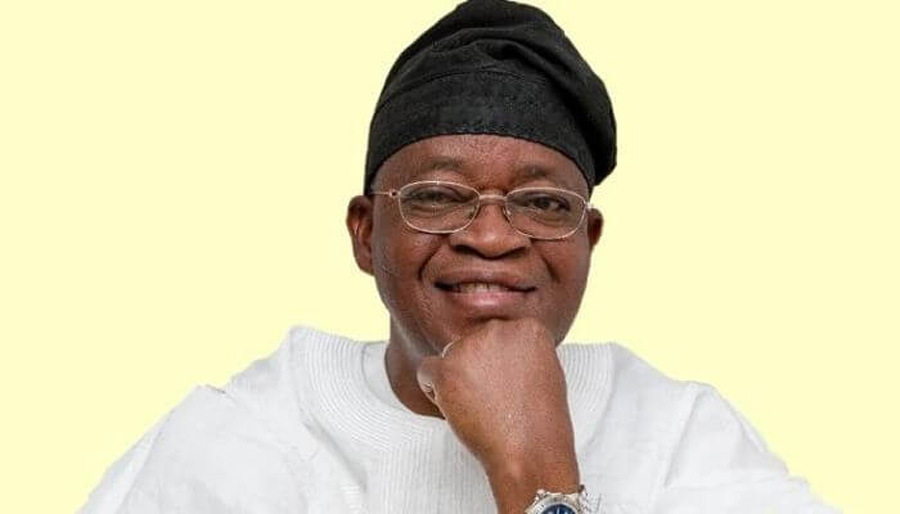 The Supreme Court has dismissed an appeal by the Peoples Democratic Party (PDP) seeking to restore the nullification of the participation of forner Osun state Governor, Gboyega Oyetola and his deputy Benedict Alabi in the July 16, 2022 governorship election.

A five-member panel of the Supreme Court led by Justice Centus Nweze held that the appeal by the PDP lacked merit and directed the counsel to the PDP Kehinde Ogunwumiju to withdraw it.

The court held that the PDP could not, under the law,question the process leading to the emergence of Oyetola and Alabi as candidates of the All Progressives Congress (APC) in the election.

Recall that Justice Emeka Nwite of the Federal High Court in Abuja had in a judgment on September 30, 2022, nullified the participation of Oyetola and Alabi in the governorship election on the grounds that their nomination forms were endorsed by an acting Chairman of APC, who was also a serving governor of Yobe State, Mai Mala Buni.

Justice Nwite’s judgment was set aside by the Court of Appeal, Abuja in a judgment in December last year, a decision the PDP appealed to the Supreme Court. 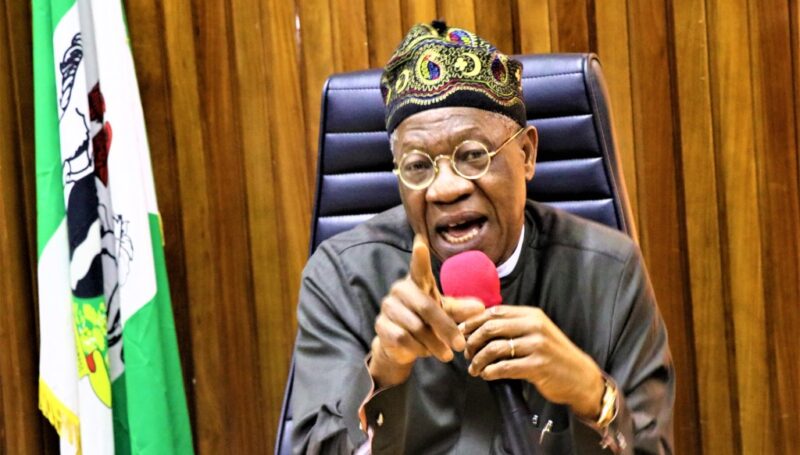 Minister of Information and Culture, Lai Mohammed says no official report of anybody in the presidential villa working against the aspiration of the presidential candidate of the All Progressive Congress, Asiwaju Bola Tinubu.

He also said President Muhammadu Buhari would not deviate from his commitment towards ensuring the conduct of free, fair and credible general elections.

The minister disclosed this to State House correspondents after the weekly Federal Executive Council (FEC) meeting presided over by President Buhari at the Presidential Villa, Abuja on Wednesday.

He was responding to a claim by Kaduna State governor, Nasir el-Rufai, that some persons in the Presidential Villa were working against the electoral success of the candidate of the All Progressives Congress (APC), Asiwaju Bola Tinubu, in the coming presidential election.

He said President Buhari, being the main occupant of the Aso Rock Villa, had stressed times without number that he wanted his administration to deliver a credible exercise.

The minister said that if there were elements within the seat of power working against the victory of the ruling party, it has not been brought officially to his notice.

He said, “One thing I can assure you is that no matter what, this administration is focused, determined to ensure free and fair elections.

“But I think with this administration, the most important person is Mr. President, and I think he has shown by words and by deeds that he is committed to free, fair and credible election. And fair, free, credible elections actually mean not favouring anybody or disadvantaging anybody.

“And everywhere he goes, he makes that very clear even as recently last Friday when he was in Daura, he said the same thing.

“If there’s anybody working against a candidate, we don’t know officially.”

He said, “We are not fighting corruption because we want to impress Transparency International or any organization whatsoever.

“We’re fighting corruption because we believe if we do not fight corruption, there’ll be no growth either in terms of the economy or even political. Therefore, what we do and what we’re putting in place to fight corruption is not because we want to be rated by anybody.

“If, for instance, what we’re doing catches the attention of Transparency International and they improve and give us better marks, so we’ll and go. However, I can assure you that we do not know what template TI is using.

“Whatever template they’re using is clearly oblivious of what this administration is doing, to fight corruption.

“You see, if you look at what we’re doing even to make corrupt practices, almost impossible or difficult…I’ll just give you two examples. For instance, this administration, when funds were returned from the Abacha loot and other funds were recovered from the US, the UK, and Europe, this administration was that rather than pay these funds into the treasury and face the possibility of it being stolen or looted, the administration decided that we will put this money into a separate account and ask the National Sovereign Investment Fund to manage these funds, and we used this money for specific projects.

“And some of our legacy projects today actually are being financed from our money that have been stolen, which were returned and which we have kept. To me, this is one example of how to fight corruption. An example of how to ensure that people do not steal what has been recovered again.