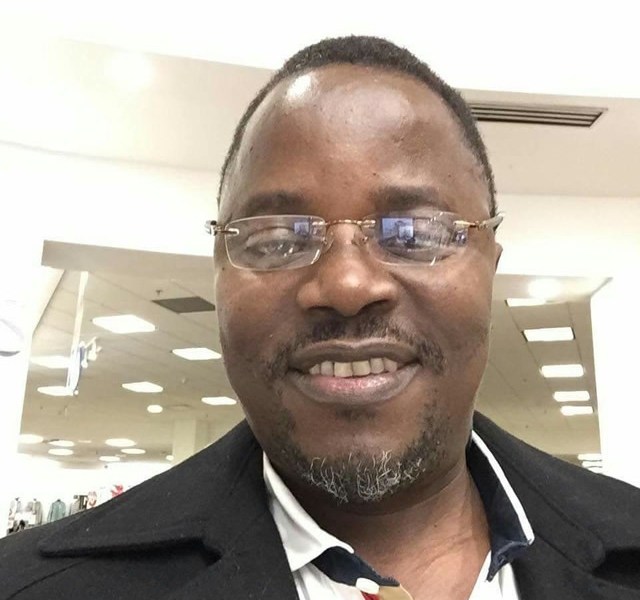 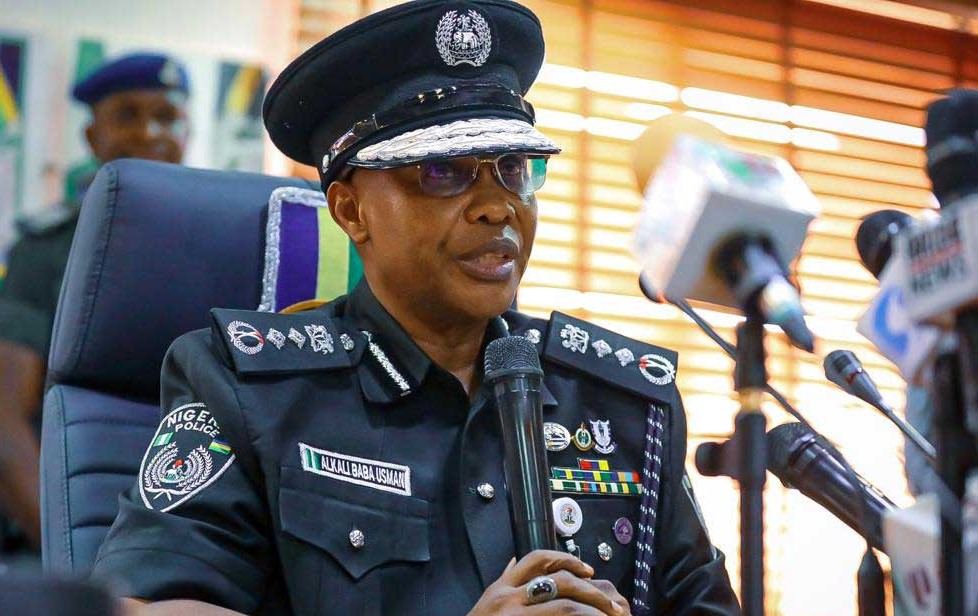 Rights and Freedom Advocates (RIFA) has faulted Minister of Police Affairs, Muhammad Maigari Dingyadi, for saying the current Inspector General of Police (IGP), Usman Alkali Baba, would not be retiring midway into the general elections.

The IGP was due to retire on March 1 this year. But the minister was quoted last Wednesday after leaving the Federal Executive Council (FEC) meeting that President Muhammadu Buhari had extended Baba’s tenure as IGP, citing Nigeria Police Act 2020 to indicate the current IGP would serve four-year tenure.

But RIFA, in a statement signed by its president, Luqman Soliu, said it viewed the minister’s position as inconsistent with the laws of the land.

It argued that the minister’s position ran contrary to the law and that the quoted Act was being misinterpreted, adding the tenure elongation could create a problem in the police force.

The statement read in part, “Usman Alkali Baba record at Nigeria Police Force showed his date of birth as March 1, 1963 while he enlisted into Nigeria Police Force on March 15, 1988 as Assistant Superintendent of Police and is expected to bow out of active service on March 1, 2023 when he would clock 60 years. Similarly, the IGP by March 15,2023 would clock 35 years in service. As a result, his post would be vacant effective March 1, 2023.

“However, the law is explicit on the tenure of any IGP and those qualified to be IGP.

“Also, the minister was further quoted to have said the IGP was appointed by the President on April 6,2021 but his appointment confirmed in June 2021 by the Nigeria Police Council in line with the laws of the land and so must spend four (4) years.

“Even though the tenure of the IGP has witnessed improved compliance with the laws of Nigeria and sanctioning/discipline of some errant police officers mostly reported by the media, that cannot warrant elongating his tenure beyond the constitutionally guaranteed period.

“On the issue of the IGP, the 1999 Constitution (as amended) is very clear on the appointment and removal of IGP when it states in section 215 (1) (a) that:“An Inspector-General of Police who, subject to section 216 (2) of this Constitution shall be appointed by the President on the advice of the Nigeria Police Council from among serving members of the Police Force”.

“In addition, section 216(2) provides that: “Before making any appointment to the office of the Inspector-General of Police or removing him from office the President shall consult the Nigeria Police Council”.

“With the above, the law is very clear on the tenure of a serving IGP and which the President or a Minister cannot override as the law is superior to occupant of any post in the land. Therefore, instead of the minister dissipating energy to seeking the extension of tenure of IGP Usman Alkali, he should focus his energy on searching for the next IGP before the end of February 2023 when Usman Alkali would cease to be a police officer.

“Similarly, the minister should occupy himself with how to convene the next Police Council meeting that would recommend a new IGP for appointment before March 1, 2023.

Old age comes with aggression: Be patient with your parents (an appraisal of Qur’an17 : 23-24) 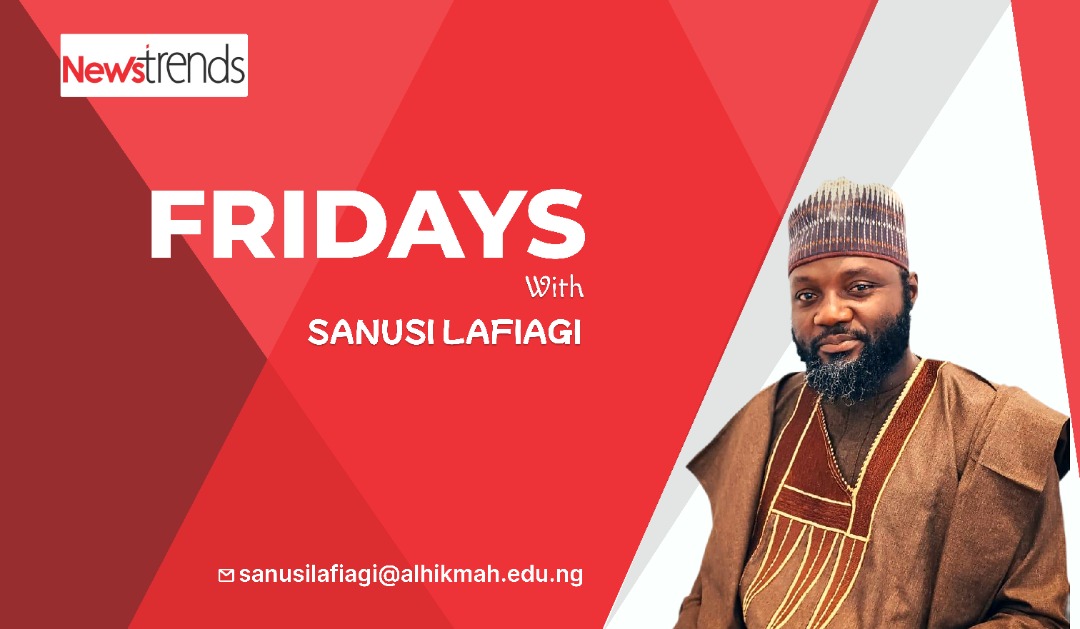 Towards understanding your religion: A short treatise on Sujūd as-sahw

Sujūd as-Sahw (prostration of forgetfulness) is a corrective measure legislated by Allāh to rectify certain unintended mistakes in Salāt. It is necessitated by any of the following 3 things:

It is important to note that the action of Salāt that necessitates Sujūd as-Sahw is one that falls under any of the following categories:

1. Standing (for the one that is capable)
2. The opening Takbīrah
3. Recitation of Fātiha
4. Bowing
5. Rising from it
6. Being straight after rising
7. Prostration
8. Rising from it
9. Sitting in-between the two prostrations
10. Performing each pillar with accuracy
11. The last tashahhud (in a 3 or 4 raka’ah prayer & the only one in a two raka’ah prayer)
12. Sitting for the last tashahhud
13. The taslīm
14. Sequential order of the pillars

These are the actions that necessitate the observance of Sujūd as-Sahw should one omit, add, or doubt their performance in Salāt forgetfully. It doesn’t matter if the Salāt were fard (obligatory) or nafl (supererogatory).

It’s important to note that this Sujūd applies to all persons observing Salāt (male/female, old/young, Imām/follower of an Imām/lone worshipper). It’s a compulsory action that’s needed to rectify an unintended mistake in Salāt.

Sujūd as-Sahw occurs at the tail end of Salāt after recitation of the final tashahhud. Depending on the incident that warrants it, it may be performed before the Taslīm (salutation of peace that ends Salāt)or after it.

It is important to note that Muslim Jurists have expressed divergent views on whether Sujūd as-Sahw must be observed before the taslīm or after it, irrespective of whether the case was an omission, an addition or that of doubt. The summary of the views is as follows:

(ii) If one doubts the exact number of raka’ah that he has prayed but decided to settle for the dominant number in his mind. In both instances, he must make the Sujūd after Taslīm.

Sometimes, some people find themselves in a situation where they can not independently determine whether to do the Sujūd before Taslīm or after it. Before I go into specifics in the next thread, know this: Whichever if the Sujūd you do suffices, irrespective of the case.

Do not worry about whether the Sujūd was done before the Taslīm in a case of addition or that it was done after the Taslīm in a case of omission. What matters is that one does the Sujūd in order to rectify and make up for the unintended error committed in any of the acts of Salāt mentioned in the introduction to this treatise. That’s it. Your Salāt remains valid. Don’t let anyone confuse you & do not torture yourself trying to figure out what to do at when. Do I even need to go into specifics again? This is clear enough. I think.

In conclusion, it’s important to note that after the Sujūd as-Sahw, there’s no need to repeat the tahiyyāt. One should immediately conclude the Salāt by uttering the Taslīm. If, however, one repeats the tahiyyāt either knowingly or unknowingly, his/her Salāt remains valid.

There are 3 categories of worshippers with regards to the Sujūd as-Sahw. They are:

1. The lone worshipper
2. The Imām
3. Follower of the Imām. This category is further divided into two:

Also, if he remembers after standing for the 2nd raka’ah, he must discard all that he has prayed immediately & start the Salāt afresh. After Taslīm, he must perform the Sujūd as-Sahw. This same rule applies to if the forgotten pillar were recitation of Fātiha. If he hasn’t reached the rukū’, he should recite Fātiha & no Sujūd as-Sahw is on him.

If he has reached the rukū’, he must return to the standing position & recite Fātiha. After the Taslīm, he must make the Sujūd as-Sahw. If the lone worshipper recites Fātiha twice forgetfully, there’s nothing on him. If he recites loudly in a Salāt of silent recitation or vice versa, there’s no Sujūd on him. If he remembers in the middle of the recitation, he should continue from that verse without repeating all that he has recited earlier. If he unintentionally recites Fātiha twice, he’s not obliged to observe Sujūd as-Sahw according to the most authoritative view.

‪If the lone worshipper rises to an extra raka’ah (i.e. rising to a 3rd in Subh, or to a 4th in Maghrib, or to a 5th in Dhuhr, ‘Asr, or Ishā’), he must sit down immediately he realizes the error, recite the tahiyyāt, make Taslīm and prostrate twice thereafter. If he continues‬ ‪without sitting, his Salāt becomes invalid & he will start afresh.

If the lone worshipper forgets to make iqāmah before commencement of Salāt, his Salāt is valid & he doesn’t need to do any Sujūd. The iqāmah is neither a rukn (pillar) nor wājib(obligatory act) of Salāt.‬

‪If the lone worshipper forgets to say سمع الله لمن حمده or ربنا ولك الحمد, he must do the Sujūd before Taslīm. Once he has left the position where those statements are made, he needs not return to make it up. The Sujūd as-Sahw before Taslīm will take care of it.‬

If the lone worshipper remembers in the last raka’ah that he unintentionally omitted a pillar of Salāt (recitation of Fātiha or Rukū’, etc) in any of the previous raka’ah, he must discard that raka’ah and start counting from the one next to it. After the Taslīm, he must perform‬ ‪the Sujūd as-Sahw. Also, if he remembers in the last raka’ah that he omitted Fātiha in the first & rukū’ in the second, then, he must discard both raka’ahs & start counting from the raka’ah he’s on. In all of these, he must performs the Sujūd as-Sahw after Taslīm.‬

‪If the lone worshipper forgets to sit for the first Tashahhud but instead rose to the third raka’ah, here, there are three situations:‬

‪a. If he intends rising but is yet to rise. In this instance, he sits & recites the tashahhud & is not obliged to do Sujūd as-Sahw.‬

‪b. If he were on the rise but was yet to rise fully. In this instance, he must return back to the sitting position & recite the tahiyyāt.‬

‪c. If he had fully risen. Here, he must not return back to sitting. If he does, his Salāt becomes invalid (according to a view, another view is, he may return so long as he was yet to commence recitation of Fātiha. I favour the former view that he should not return once he’s fully risen). In both cases, he performs‬ ‪the Sujūd as-Sahw before Taslīm.