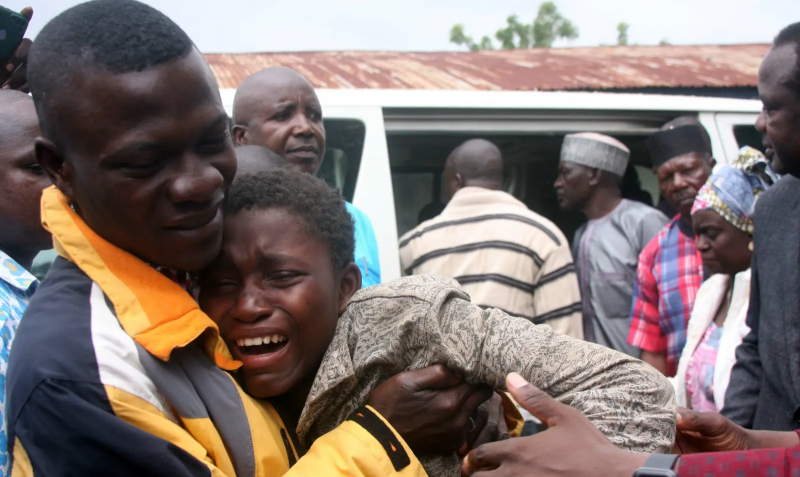 Of the four students of Bethel Baptist High School, Kaduna, still with their kidnappers, one, the school’s Head Boy, who had refused to leave, has come home.

Since, the kidnappers have been collecting ransoms and releasing the captives in bacthes.

However, the Head Boy had refused to join those coming home, stating that as long as a student was still in captivity, he won’t come home.

But he fell ill and the bandits ask for N5 million ransom. It was paid and the boy came home, now taking treatment.

The Bethel Head Boy’s predicament was revealed by Vice chairman of CAN (North) and its Chairman in Kaduna State, Rev. Joseph John Hayab.

He said it while narrating how some of the released students that had missed their O’level exams, while in the kidnappers’ den, were denied any consideration by the National Examination Council, NECO.

‘Head Boy is a hero’

Hayab said: “Two days ago, the bandits released one boy out of the four Bethel Baptist High School students, that are with them.

“It was the Head Boy. He had refused to come back in all the times students were freed.

“But he fell terribly ill because of the long time they’ve been in the bush. So the bandits had to put pressure on us for another money.

“They insist that for the four people we must pay a fresh N5 million per person.

“But when we made efforts and almost that N5 million was given to them, they released only the Head Boy, who actually is weak and down.

“He has tried. He had refused to come home, saying until every student is back that, he cannot leave.

“But because of ill health, he had to be released; but we had to pay money.

“That boy is worth celebrating. If at his age he can display that kind of leadership, we are so impressed.

“Nigerians need to know that our students are still with these bandits. All the Bethel Baptist High School students have not come back.

“Three are still with them now since they have released the Head boy.

“They are demanding from us N5 million per head for the remaining three. We have paid them huge sum of money, but look at how they are treating us.

“This  makes us ask questions. All this shutting down of network, what has happened to it

“Because our understanding is that the security agents would’ve been able to track them.”