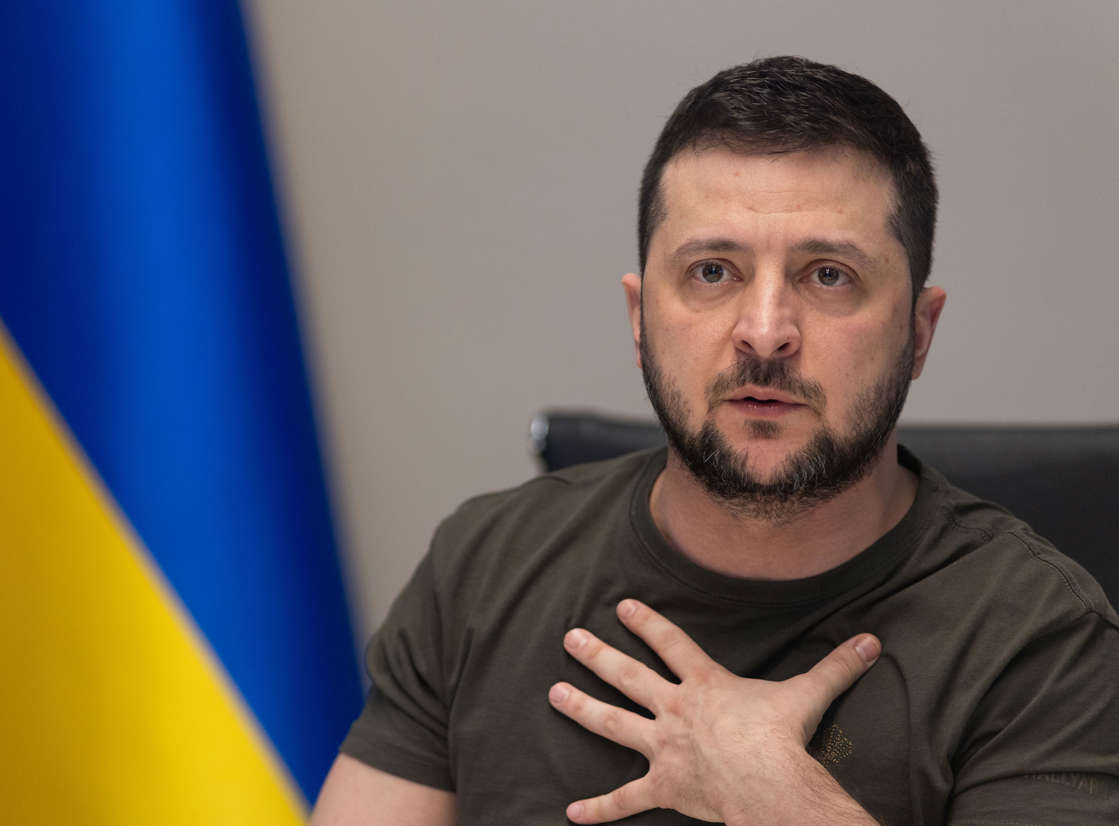 Ukrainian President Volodymyr Zelensky called for a “firm global response” Friday after a missile strike killed 52 people at a train station in eastern Ukraine where civilians had gathered to flee a feared Russian offensive.

“This is another Russian war crime for which everyone involved will be held accountable,” Zelensky said in a video message, referring to Friday’s missile strike, whose victims included five children.

“World powers have already condemned Russia’s attack on Kramatorsk. We expect a firm global response to this war crime,” he continued.

World leaders condemned the attack in the Donetsk capital, with US President Joe Biden accusing Russia of being behind a “horrific atrocity” that the French condemned as a “crime against humanity.”

At least 52 people including five children were killed, the regional government said, while Zelensky reported 300 wounded, saying the strike showed “evil with no limits”.

Zelensky said the bombing had been reported in Russia before the missiles had even landed and called for more weaponry to counter Moscow’s aggression.

“I am sure that the victory of Ukraine is just a matter of time, and I will do everything to reduce this time,” he added.

AFP journalists saw the bodies of at least 30 people under plastic sheets next to the station.

Body parts, packed bags and stuffed animals were flung across the floor.

On the station forecourt, the remains of a missile were still visible.

It was tagged with white paint with the words “for our children” in Russian, an expression frequently used by pro-Russian separatists in reference to their losses since the start of the first Donbas war in 2014.

“I was in the station. I heard, like, a double explosion. I rushed to the wall for protection,” said Natalia, searching for her passport among the abandoned belongings. 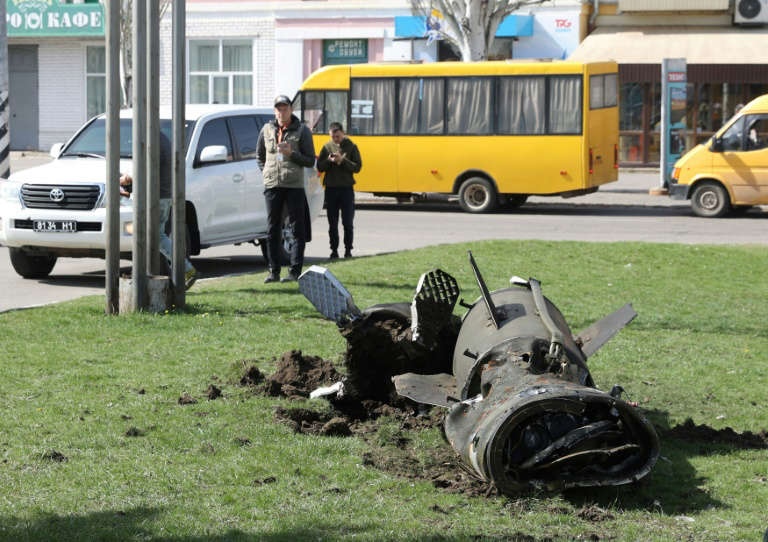 Another woman in a state of shock told AFP: “I saw people covered in blood entering the station and bodies everywhere on the ground.”

Russia denied being behind the missile strike, which came with European Commission President Ursula von der Leyen and EU foreign policy chief Josep Borrell in Kyiv for talks with Zelensky and to visit the scene of civilian killings in the town of Bucha.

Russia faces “decay” because of ever tougher sanctions and Ukraine had a “European future”, Von der Leyen said at a news conference with Zelensky.

Russian troops appear set on creating a long-sought land link between occupied Crimea and the Moscow-backed separatist statelets of Donetsk and Lugansk in the Donbas region, where civilians have been urged to flee heavy shelling that has laid waste to towns and complicated evacuation efforts.

“There is no secret — the battle for Donbas will be decisive. What we have already experienced — all this horror — it can multiply,” warned Lugansk regional governor Sergiy Gaiday.

In the city of Lozova west of Kramatorsk, more than 15,000 people have fled, Oleg Sinegubov, head of the Kharkiv regional military administration, said on Telegram.

“There are still about 50 thousand [people]. A large number of people will leave. Departures are organized both by rail and own vehicles,” he said, adding that fighting was taking place nearby.

In the south, the Black Sea port city of Odessa girded for rocket attacks, imposing a weekend curfew.

Residents and Ukrainian officials returning after a Russian withdrawal from an area near Kyiv, meanwhile, were taking stock of the scale of the devastation.

Bucha, where authorities say hundreds were killed — some with their hands bound — has become a byword for the brutality allegedly inflicted under Russian occupation.

But Zelensky warned worse was being uncovered.

“They have started sorting through the ruins in Borodianka,” northwest of Kyiv, he said in his nightly address. “It is much more horrific there. There are even more victims of Russian occupiers.”

Conflict in the area has wrought massive destruction and bodies are only now being retrieved, with 27 recovered from two destroyed buildings, according to Prosecutor General Iryna Venediktova.

Fresh allegations also emerged from Obukhovychi, northwest of Kyiv, where villagers told AFP they were used as human shields.

Moscow has denied targeting civilians, but growing evidence of atrocities has galvanised Ukraine’s allies in the EU, which has approved an embargo on Russian coal and the closure of its ports to Russian vessels.

The bloc has frozen 30 billion euros ($32.6 billion) in assets from blacklisted Russian and Belarusian individuals and companies, it said Friday.

It also blacklisted Putin’s two adult daughters and more than 200 others as part of its latest sanctions package, according to an official list published late Friday.

The United States and Britain had already sanctioned the Russian leader’s daughters.

At the United Nations General Assembly, 93 nations voted Thursday to suspend Russia from the body’s human rights council, prompting accusations from Moscow that the move was “illegal and politically motivated.”

“Russia’s lies are no match for the undeniable evidence of what is happening in Ukraine,” Biden said, calling the invasion “an outrage to our common humanity”.

Ukraine has welcomed new pressure on Moscow, but it continues to push for harsher sanctions and more heavy weaponry.

“Either you help us now — and I’m speaking about days, not weeks — or your help will come too late and many people will die, many civilians will lose their homes, many villages will be destroyed,” foreign minister Dmytro Kuleba said after meeting NATO foreign ministers in Brussels.

Britain said Friday it was sending Ukraine more “high-grade military equipment” including Starstreak anti-aircraft missiles and 800 anti-tank missiles, while Slovakia said it had given Ukraine an S-300 air defence system.

North demolishing hotel that was symbol of Korean engagement 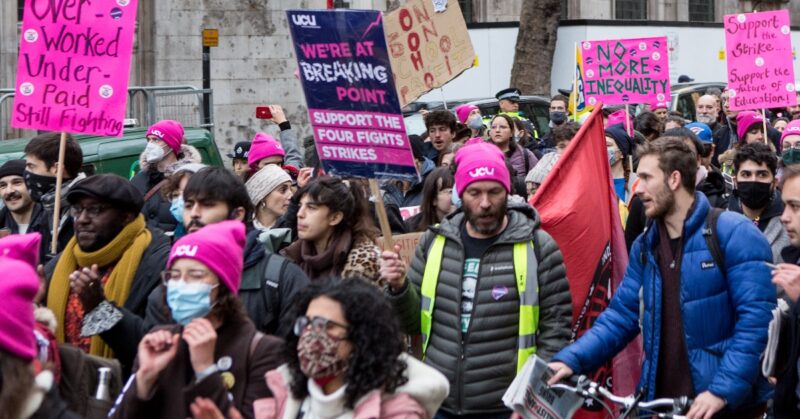 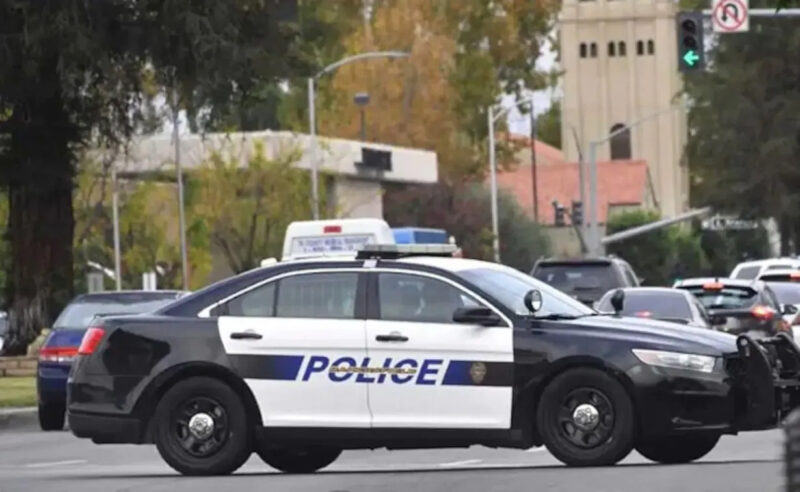