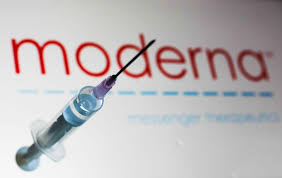 The quest for effective vaccines to combat the ravaging coronavirus has recorded another breakthrough with a United States-based biotech firm, Moderna Inc, saying on Monday that its experimental vaccine was 94.5 per cent effective in preventing the disease, according to an analysis of its clinical trial.

The report from multiple sources including BBC, Reuters and The Guardian comes a week after Pfizer and BioNTech said their vaccine was more than 90 per cent effective.

The results for both vaccines were from interim analyses of large clinical studies.

An interim analysis of the Moderna released on Monday, and based on 95 patients with confirmed COVID-19 infections found the candidate vaccine has an efficacy of 94.5 per cent.

In the result from the Moderna study, there were 30,000 volunteers; half got two doses of the vaccine 28 days apart; half got two shots of a placebo on the same schedule.

There were 95 instances of COVID-19 illness among the study participants — only five of those cases were in the vaccinated group. Ninety were in the group receiving the placebo.

Of these, there were said to be 11 cases of severe disease. The results indicate the vaccine was inducing the kind of immune response that protects people if they were exposed to the coronavirus.

Chief Executive Officer of Moderna, Stéphane Bancel, was quoted as saying in a statement, “This positive interim analysis from our Phase 3 study has given us the first clinical validation that our vaccine can prevent COVID-19 disease, including severe disease.”

Moderna said it had improved the shelf life and stability of its own vaccine, meaning that it can be stored at standard refrigeration temperatures of 2C to 8C for 30 days.

The company said it planned to apply to the US regulator, the Food and Drug Administration, for emergency-use authorisation in the coming weeks.

The results are the latest encouraging news to emerge from the breakneck effort to develop a vaccine against coronavirus and follow a similar interim analysis earlier this month from a collaboration between Pfizer and the German firm BioNTech, which suggest its vaccine is 90 per cent effective at preventing illness.

The Moderna vaccine is however not expected to be available outside the US until next year.

The biotech company said it would have 20m doses ready to ship in the US before the end of 2020 and hoped to manufacture 500 million to one billion doses globally next year.

So far, the UK does not stand to benefit from the vaccine. Moderna has agreed to provide the US with 100 million doses, with an option to buy 400m more. Japan, Canada, Switzerland, Qatar and Israel have also signed agreements, and the European commission has a “potential purchase agreement” for 80m-160m doses. The UK chose not to participate in the EU vaccine purchase scheme, with the health secretary, Matt Hancock, arguing in July that the government could source vaccine faster on its own. However, a Whitehall source said the UK government was in “advanced discussions” to procure doses of the Moderna vaccine.

The Moderna vaccine, which is based on similar mRNA technology as BioNTech’s, is expected to be assessed by the FDA on a final analysis of 151 COVID cases among trial participants who will be followed on average for more than two months.

If the results remain as impressive as the trial goes on, the Moderna vaccine could potentially provide a major advantage over the Pfizer vaccine.

While Pfizer’s vaccine requires ultracold freezing between -70C and -80C from production facility to patient, Moderna said it had improved the shelf life and stability of its own vaccine, meaning that it can be stored at standard refrigeration temperatures of 2C to 8C for 30 days.

It could be stored for six months at -20C for shipping and long-term storage, the company said.

Cost and side effects

At £38 to £45 for a course of two shots, Moderna’s vaccine is more expensive than the other frontrunners. AstraZeneca and Oxford University are aiming to sell their vaccine at about £3 a dose, while vaccines in trial with Johnson and Johnson and collaboration between Sanofi and GSK are both expected to cost about £8 a dose.

Pfizer is charging the US about £30 for a two-shot course. The UK has ordered 40 million Pfizer shots but none of the Moderna vaccine.

Moderna’s two-shot vaccine injects genetic material called mRNA into the body, which cells then use to churn out the spike protein the virus uses to invade cells.

The spike protein covers the surface of the virus and is one of the main targets of the body’s immune response to wipe out the infection.

A question mark that remains over the Pfizer vaccine is whether it prevents serious illness.

The Moderna results, released by an independent data safety monitoring board, are encouraging on this point. Of 11 participants who developed severe COVID while on the trial, all were in the placebo group. The results also suggest the vaccine is effective in older people and those from diverse ethnic backgrounds.

The company said it had found no significant safety concerns, with most reactions being mild to moderate and short-lived.

Among the side effects reported is the injection site pain in 2.7 per cent of trial volunteers after the first jab.

After the second, the most significant side effects include fatigue in 9.7 per cent, muscle pain in nine per cent and joint pain in five per cent. Others had headaches; others pains, or redness at the injection site.

Peter Openshaw, professor of experimental medicine at Imperial College, London, said the Moderna results were “tremendously exciting” and boosted optimism that a choice of good COVID vaccines would be available in the next few months.

Related Topics:COVID-19FeaturedModerna vaccine
Up Next