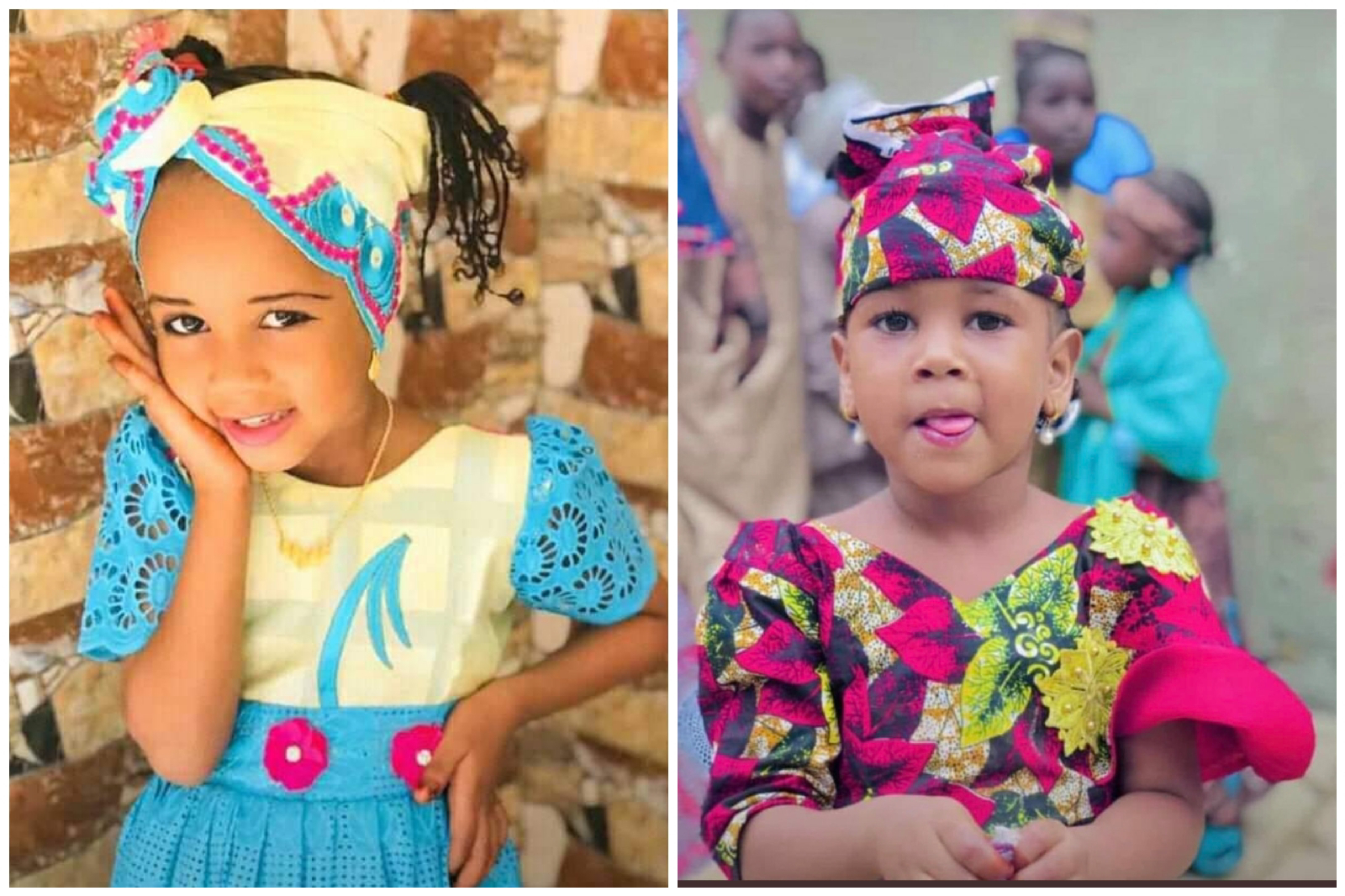 A Kano High Court on Wednesday fixed April 12 and 14 for continuation of hearing in the ongoing trial of a school Proprietor, Abdulmalik Tanko, over alleged murder of a five-year-old pupil, Hanifa Abubakar.

Tanko, 34, alongside Hashimu Isyaku, 37 and Fatima Musa, 26, all residents of Tudun Murtala Quarters, Kano, are standing trial on a five-count charge of criminal conspiracy, attempt to kidnap, abetment, kidnapping and concealing dead body.

Murja, in her testimony, told the court that she was the biological mother of Hanifa, adding that her daughter attended the first defendant’s school, Noble Kids Comprehensive College.

She said: “On December 4, 2021, at about 8am, I took the late Hanifa to Sheikh Dahiru Usman Bauchi Islamiyya School and the school normally closes at 5:30pm.

“Our neighbour’s daughter, Maryam Abubakar, after closing from Islamiyya School, ran to the house and informed me that a tricyclist had gone with Hanifa, who, she said Hanifa called her uncle.”

Murja further told the court that on January 2, she received a call that the victim was with them and demanded for N6 million ransom.

She said: “After 28 days of Hanifa’s abduction, I saw a black leather in front of my house containing her cardigan, school badge and her printed black and white picture.”

The Principal Witness 8 also told the court that the first defendant told her that he committed the offence alone due to his financial situation.

The News Agency of Nigeria reports that the PW8 betrayed emotion while testifying before the court.

The Defence Counsel, M.L. Usman, told the court that he was not ready for cross-examination and asked for an adjournment to enable them prepare.

“We need to be served with all the documents in the ongoing trial to enable us study them, because it is a capital offence,” Usman said.

Justice Usman Na’abba then ordered the prosecution to serve the defence with all the documents for them to study.

Na’abba thereafter adjourned the matter till April 12 and 14 for cross-examination and continuation of hearing.

NAN reports that Tanko, the proprietor of Nobel Kids Comprehensive College, Kano, had, on December 4, 2021, allegedly kidnapped the victim and held her hostage in his house at Tudun Murtala for days before killing her with rat poison. 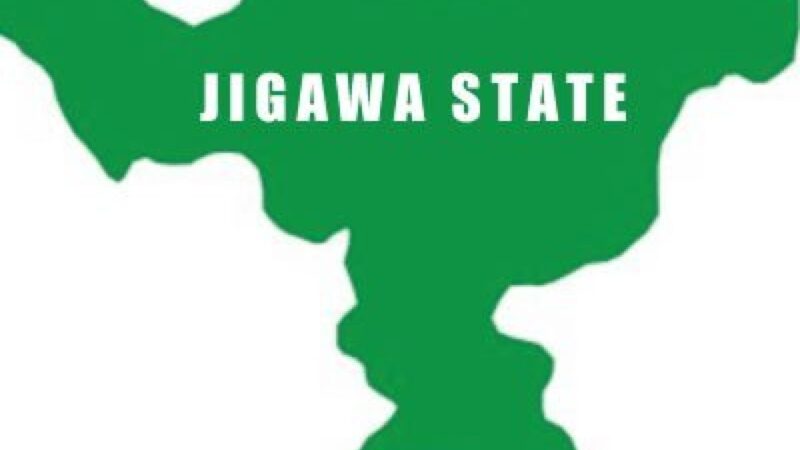 Two lovers just blessed with a baby have done the unthinkable as they buried the innocent baby alive in Jigawa State.

The police have arrested the two suspects, Balaraba Shehu and Amadu Sale, and they are currently in detention, it was learnt on Sunday.

Spokesman for the state police command, DSP Lawan Shiisu, who confirmed the development said, Balaraba after delivering the baby out of wedlock conspired with Amadu to commit the crime.

Shiisu said the baby was exhumed from a grave the mother dug near a toilet within their residence.

According to him, “On 2nd December, 2022, at about 2350hrs, Intel at Command’s disposal revealed that one Balaraba Shehu, 30-year-old, of Tsurma village, Kiyawa LGA is suspected to have given birth and buried the newborn baby.

“On receipt of the report, a team of Policemen mobilized and proceeded to the scene of the crime.

“On arrival, detectives swung into action and exhumed the newborn baby from a grave dug near a toilet in their residence and where the suspected mother buried it. The baby was rushed to General Hospital Dutse, and certified dead by a medical doctor.

“The suspect was arrested and is now in Police custody.

“Preliminary investigation led to the arrest of one Amadu Sale alias Dan Kwairo, 25-year-old of Akar village in Kiyawa LGA.

“He (Amadu) was alleged to be responsible for the unwanted pregnancy to the said Balaraba and conspired to bury the baby after delivery,” Shiisu said.

The police image maker, however, said the state Commissioner of Police, CP Emmanuel Ekot Effiom, had directed that the case be transferred to the Investigative Department of the command, SCID Dutse, for discreet investigation.

“The suspects would be charged to court to face the full wrath of the law upon completion of investigation,” Shiisu stated. 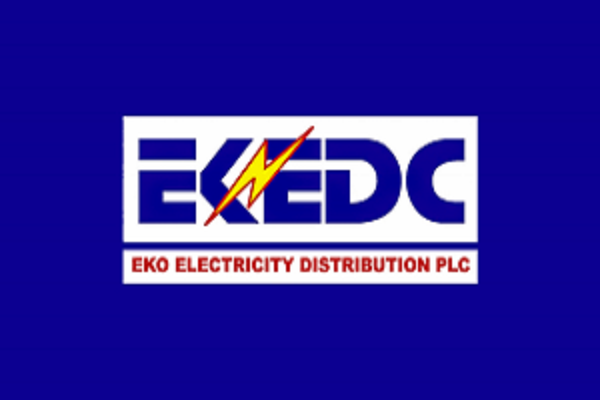 An employee of Eko Electricity Distribution Company (EKEDC) has been stabbed while on duty and currently on admission in a Lagos hospital.

Spokesman for the company, Godwin Idemudia, in a statement, said the assault on Mr Sanmi Mathew Akanni, an EKDC’s worker with Ikate zone team of the company under its Orile district on November 29, 2022.

Idemudia said Sanmi was assaulted by one Mr Ayomide Oyebanjo after an illegal connection was discovered.

He said, “While in the process of disconnecting the illegal connection, bottles were broken by Oyebanjo and the driver Sanmi was stabbed severally, we have pictorial evidence to prove this.”

He said the case was reported at Itire Police Station by the company’s District Legal Officer and the culprit was arrested.

He was charged to court on Wednesday November 30th, refused bail and remanded at Ikoyi Prison.

Idemudia expressed his worry over the inhumane acts, adding that the company has a zero-tolerance policy on assault and would go to the full extent of the law to ensure that perpetrators were brought to justice.

According to the statement, the company is currently implementing initiatives to reduce the number of assaults on workers. 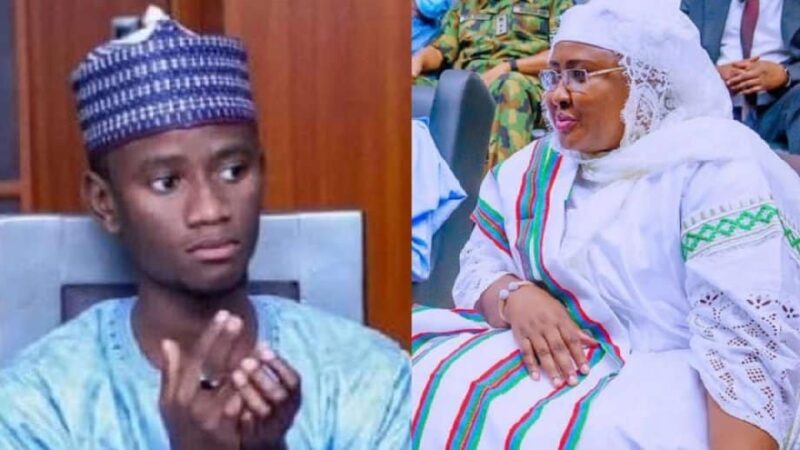 Aminu Adamu Mohammed, a final year university student who just released from detention over his criticism of wife of the President Aisha Buhari has tweeted an apology to the First Lady.

“I would like to use this medium to express my sincere apologies to those I’ve hurt especially our mother, Aisha Buhari, it was never my intention to hurt your feelings and insha Allah I will change for the better. However, I’m also grateful for your forgiveness, thank u mama,” he stated in his latest tweet.

According to Peoples Gazette, the student, Aminu Adamu Muhammed, had in June 2022 posted on Twitter that Mrs Buhari had suddenly added massive weight after taking part in plundering the nation’s meagre resources as the masses endured hardship under her husband’s brutal regime.

In the June 8, 2022, tweet, Muhammed chastised the First Lady in Hausa, stating in a tweet, “Su mama anchi kudin talkawa ankoshi”, which could be translated as “The mother has got fatter by eating masses’ money.”

Muhammed’s friends said he made the post because he was frustrated about the prolonged strike by universities across the country.

The strike, which started in February 2022, ended in October after eight months of idleness.

Muhammed, 23, was said to have been picked up on November 8 on the campus ground of Federal University Dutse, Jigawa.

The student was reportedly subjected to severe beating by the officers following his arrest at about 12 noon.

He was transferred to Abuja and briefly allowed to contact his father Adamu Shalele Azare about his location.

Condemnations had trailed the arrest of Mohammed. Notable Nigerians including social activist, Aisha Yesufu, knocked Aisha for allegedly using her power against the student.

The National Association of Nigerian Students, many human rights groups including concerned women/mother organisations spoke against the arrest and detention of the undergraduate.

NANS even threatened a protest before the First Lady withdrew the case against him and he was released on the order of a high court judge.