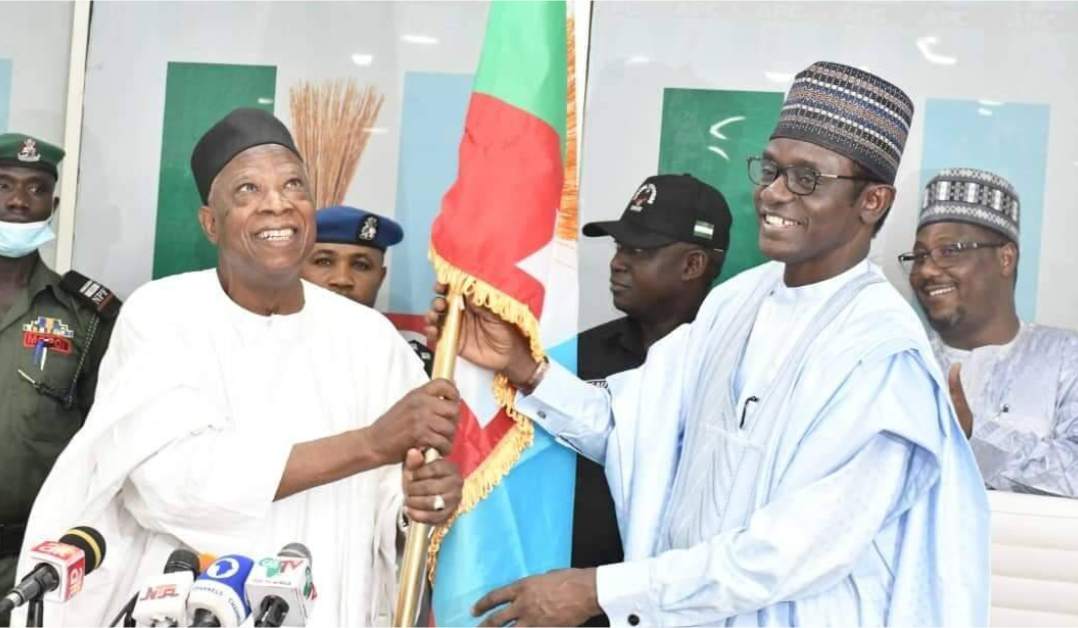 Buni, in his handing over speech, congratulated APC’s new national and zonal executives as well as President Muhammadu Buhari, who, according to him, provided the needed leadership and atmosphere for a rancour-free convention.

The governor, who had come under fire in the weeks before the convention, explained how his efforts in the last few months helped to reposition the party. However, he acknowledged there were still a lot to do to consolidate on the success recorded by the party under him.

Buni stated, “First, to sustain the gains and coming at a time when this party will soon start its nomination process, obviously the tasks before you are enormous.

“We have done our best from the registration, to the congresses, the ward, local government, state and up to the convention.  But that cannot be without problems here and there. By and large, we have succeeded.

“We can say we have recorded 70 per cent success. A bigger and larger political party like APC with over 41 million memberships. Part of democracy is to agree and disagree at some points. But it is all about human management. The ability to manage the situation is what will keep this party together and stronger again, and again.

“So, as it is and as members of NWC, you should study Mr. President’s speech and that should be your guide. And also, I want to thank you, most importantly, for this opportunity, for all your efforts, both individually and collectively, for making our task easier throughout our stewardship.”

The new national chairman of the party declared that his first task in office was to strategise with his team, both at national and zonal levels, on how to win the 2023 general election. Adamu noted that despite the successful outcome of the convention, enormous tasks remained ahead.

He said, ‘‘I want to say on behalf of the new NWC that it is not going to be an easy time for us. We have a major event that is going to test the water, but how stable are we as a party now that the general election is coming?

“For me, by the time we start working, our main task will be how we handle the elections as a party. How will we win the general election? People are talking, saying the APC does not have an incumbent on the ticket.

“We will have the honour and the integrity and the legacy of the current president on the ticket. We will work day and night. We have less than 12 months to face the general election. So, everybody should buckle up.”

Adamu promised to maintain APC’s winning streak. He appealed for openness and cooperation from the NWC and other leadership structures of the party, saying, “Don’t begrudge me. If there is any issue, let me know.”

He added, “I promise you, in the spirit of collective leadership, that team work is the only way. I cannot deliver alone. What I am asking for is something called ‘loyalty,’ you have to be loyal. We must have one team. If you bring a divisive tendency, we will deal with it.

“Politics is sometimes a job that should be done well. Ingratitude always accompanies whatever we do. But, what should keep you moving on is what you know you did in good faith. That which you know will give you desired results. This is the spirit with which we are going to work.”

Why I Dumped PDP For NNPP – Kwankwaso