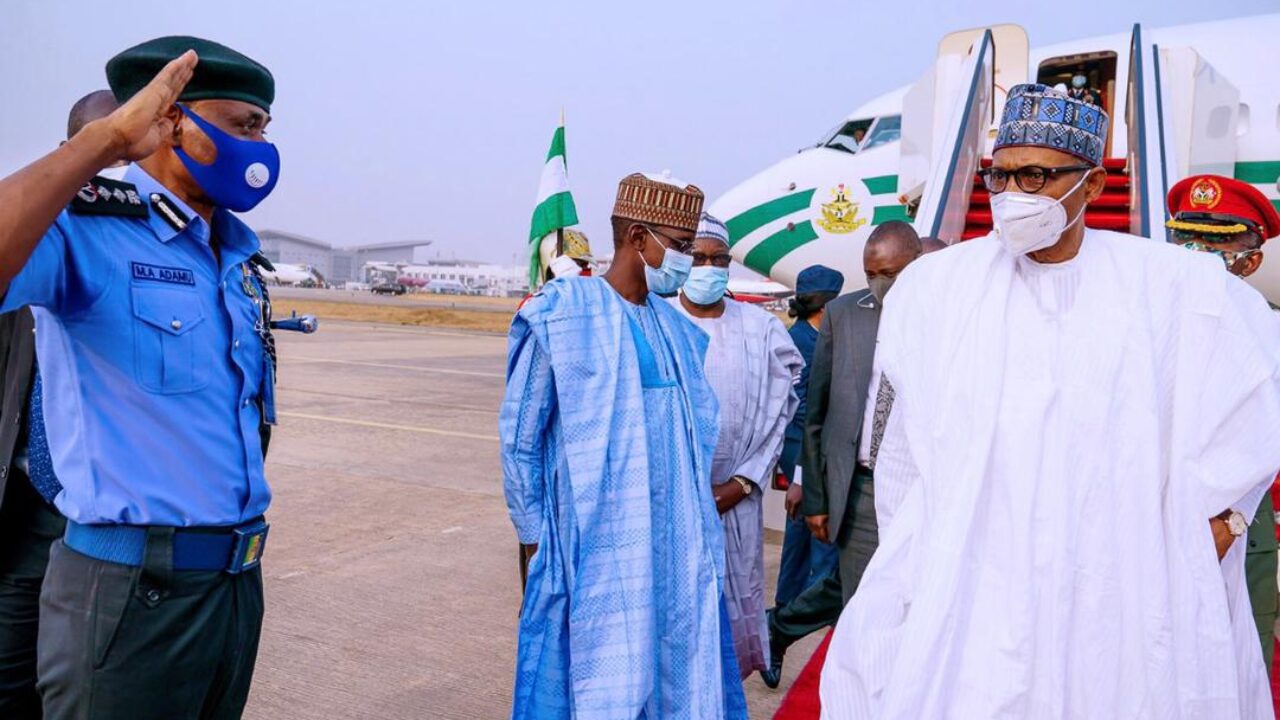 The Inspector-General of Police, Mohammed Adamu, on Tuesday joined other top government officials to welcome President Muhammadu Buhari from Katsina back to Abuja, amid speculations that the IGP has stepped aside.

Adamu’s continued presence in office after he attained 35 years in service on Monday has been a subject of controversy.

There were speculations on Tuesday that he had handed over to the most senior Deputy Inspector-General of Police, Sanusi Lemu.

Lenu, who was recently made the DIG Operations, is one of three still senior police officers who have until 2023 before retirement.

But a police source said there was no truth in the reports as Adamu was said to have reported for work at the Loius Edet House headquarters of the Nigeria Police Force in Abuja.

After attending to his official duties, Adamu joined other top government officials at the Presidential Wing of the Nnamdi Azikwe International Airport, Abuja to welcome the President.

On Saturday, he revalidated his membership of the ruling All Progressives Congress in Daura.

Apart from Adamu, the Chief of Staff to the President, Prof Ibrahim Gambari; and the Minister of the Federal Capital Territory, Mohammed Bello, were among government officials who received the President at the airport.

The police source said, “There is no truth in the reports that IGP Adamu has handed over to anybody.

“He worked throughout today (Tuesday) in his office and proceeded to the airport to receive Mr President in the evening.

“He accompanied the President to the Residential Villa, and since it was evening already, he closed for the there from there. When then did he hand over?

“If he had handed over, it just makes sense that the person he handed over to would have been the one to receive the President at the airport.”

Neither the Force Public Relations Officer, Frank Mba, nor the Presidency has issued a statement on Adamu’s fate.

The last announcement from the Presidency over the matter was from Presidential spokesman Garaba Shehu on national television on Monday, saying he was unaware of any imminent announcement of a new IGP.

Shehu had said the President should be on his desk by Wednesday, raising expectations that a major announcement in respect of the situation.

Related Topics:BuhariFeaturedIGP Adamu
Up Next