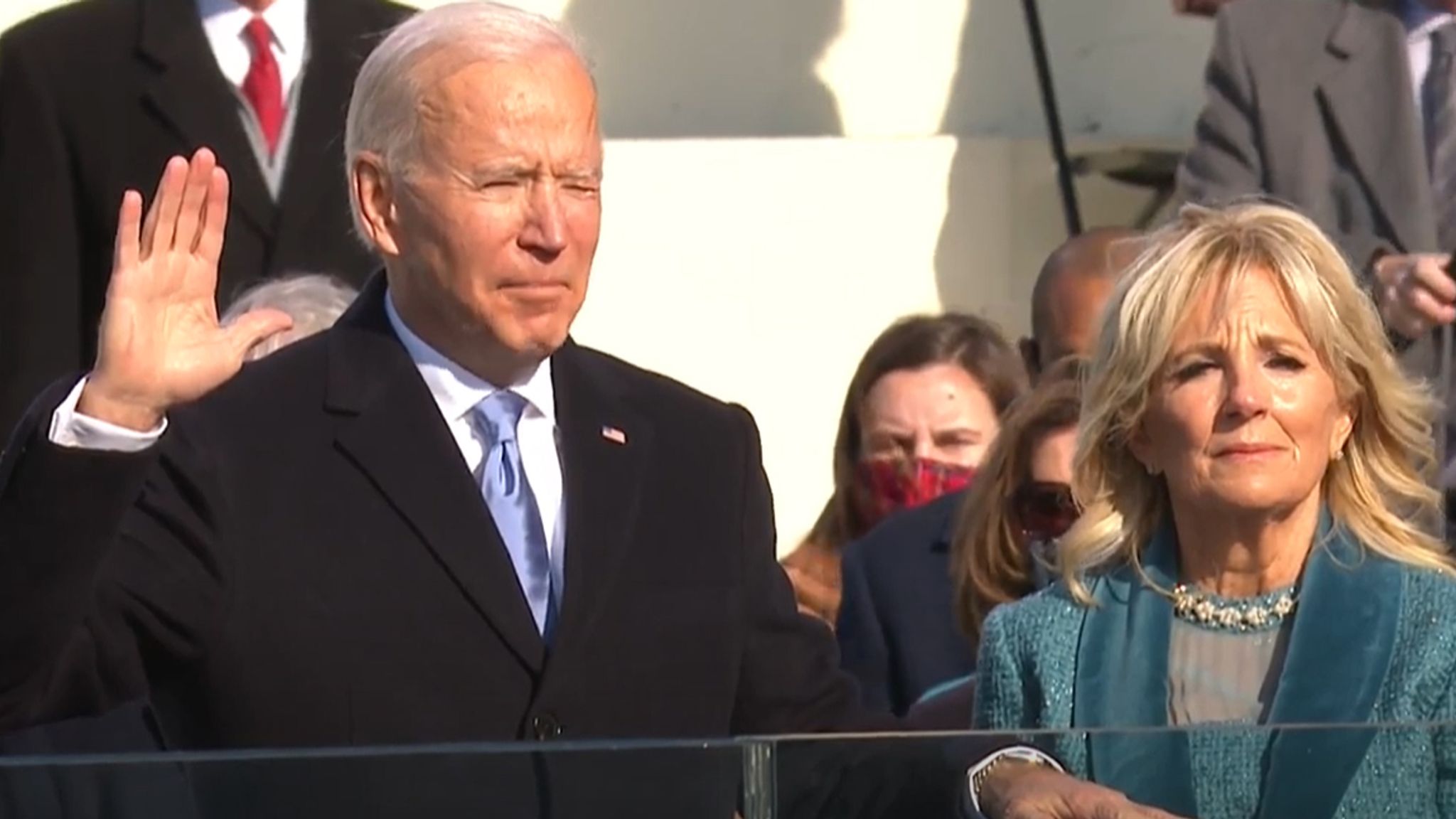 Biden emphasised unity of the country and pledged to be a president for all Americans in his inaugural address. “This is our historic moment of crisis and challenge,” he said on the Capitol steps, shortly after he was sworn in. “And unity is the path forward. And we must meet this moment as the United States of America. If we do that, I guarantee you we will not fail.”

BBC News described the event as an inauguration like no other, amid a raging pandemic, in a city that has become a fortress of fences, concrete barriers and security checkpoints.

“I will be a president for all Americans,” Biden declared.

Once at the White House, Biden is expected to sign a blizzard of executive orders that will lay out his coronavirus, immigration and climate policies.

As Biden became president, it remained uncertain whether he would have any Senate-confirmed cabinet members by the end of his first day in office.

Multiple senators and their aides said they did not know whether any of the five nominees who had hearings Tuesday would proceed to final votes when the Senate meets.

Earlier, former President Donald Trump, who refused to concede, left the White House and flew to Florida — making him the first president to skip his successor‘s swearing-in since 1869.

“We will be back in some form,” Trump told a modest crowd that showed up at Joint Base Andrews for his departure.

On his final full day in office, Trump granted clemency to 143 people, including former adviser Stephen K. Bannon, GOP megadonor Elliott Broidy and former Republican members of Congress; but he did not preemptively pardon himself or his family.

With about an hour left in his presidency Wednesday, Trump issued one more pardon, to former Republican power broker Al Pirro — the ex-husband of Fox News personality Jeanine Pirro.

Trump undid one of the only measures he had taken to “drain the swamp,” rescinding an executive order that limited former administration officials from lobbying the government or working for foreign countries.

A dozen members of the National Guard were removed from inauguration duty as the federal government screened troops for possible insider threats­.

On his first day in office, President Biden will end Donald Trump’s “emergency” border-wall funding, scrap his travel ban on people from seven majority-Muslim countries, roll back his order to exclude undocumented immigrants from the census and erase the “1776 Commission.”

“I’ll be driving our efforts to ensure that matters of equity and justice are fully incorporated into all that we try to do,” said Susan E. Rice, chair of Biden’s Domestic Policy Council.

Rice’s comments came in an interview with The Daily 202, in which she described the January 6 insurrection that shattered windows and democratic norms at the US Capitol as “seismic” but said it would not disrupt Biden’s early agenda.

And Rice promised “we’re going to be an administration that tells the truth” in the face of proliferating disinformation, much of it from Trump, fueling widespread Republican doubts that Biden won.