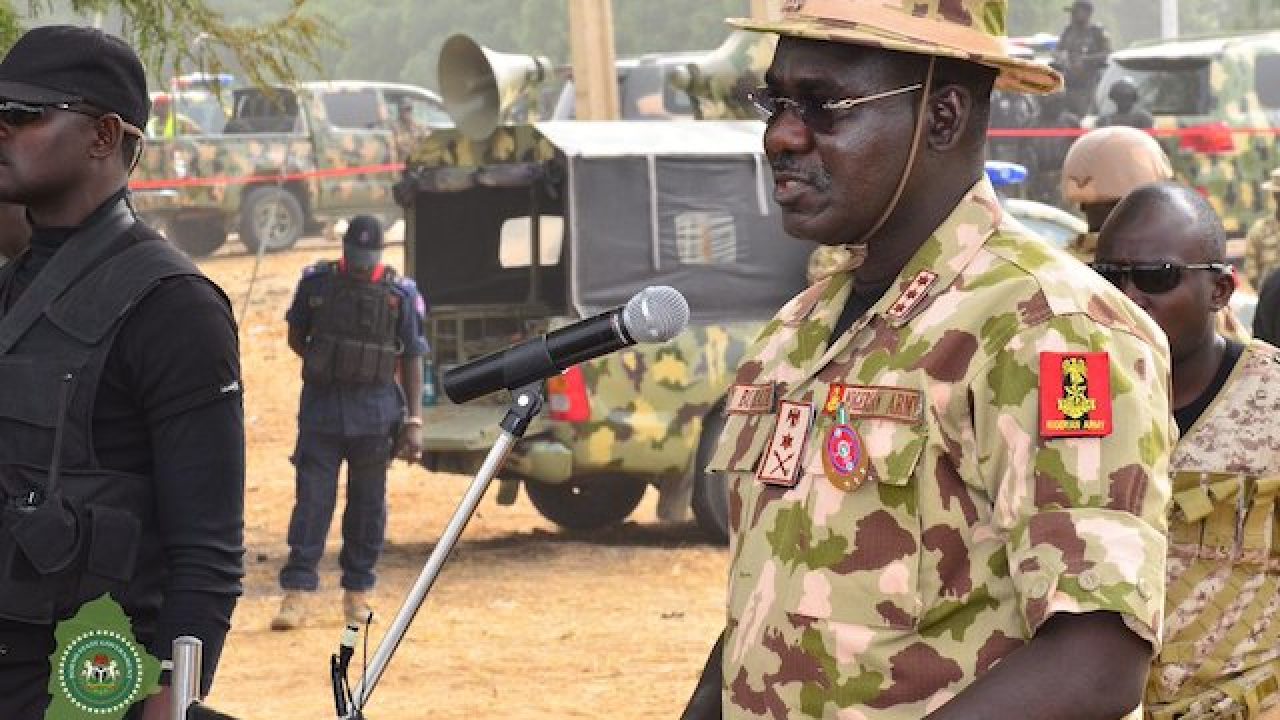 Buratai made the statement at a sit-out night to usher in the 2021 New Year at the TY Buratai Institute for War and Peace, Buratai, in the Biu Local Government Area of Borno.

He was on an operational visit to the troops in the North-East theatre of operations, leading principal officers and commanders of the Nigerian Army to the New Year sit-out.

The army top chief said the troops of Nigerian army did a lot in the fight against insurgency in the North-East in 2020,.

He stressed that they remained committed to the efforts at decisively dealing with all forms of insecurity in the country.

Buratai urged the troops to dedicate themselves to the task of eradicating terrorism from the country.

He specifically asked them to raise the tempo in 2021 with more determination and action to end the insurgency in Nigeria.

He also urged the troops to work with more discipline and courage, adding that the military had the responsibility to solve the nation’s problem of security.

Buratai said they must work hard to win the confidence of Nigerians by smoking out insurgents, kidnappers and bandits from the North-East and indeed all parts of the country.

He said that the people trusted and believed in the Nigerian army to address the issues of insurgency, banditry, kidnapping and other forms of insecurity.

Buratai said, “I am very optimistic that 2021 will be different, totally different with remarkable difference from 2020.

“I want you to see it as a challenge and a task that must be done because we are the one that can do it because Nigerians believe in us and believe that we can do it.

“You should go into the year with full conviction that we can do better to address the insecurity in our country.”

He also promised that officers and men of Nigerian army would enjoy a lot of welfare package in 2021.

He commended President Muhammadu Buhari for his confidence in the Nigerian army and support for the troops in the preceding year.