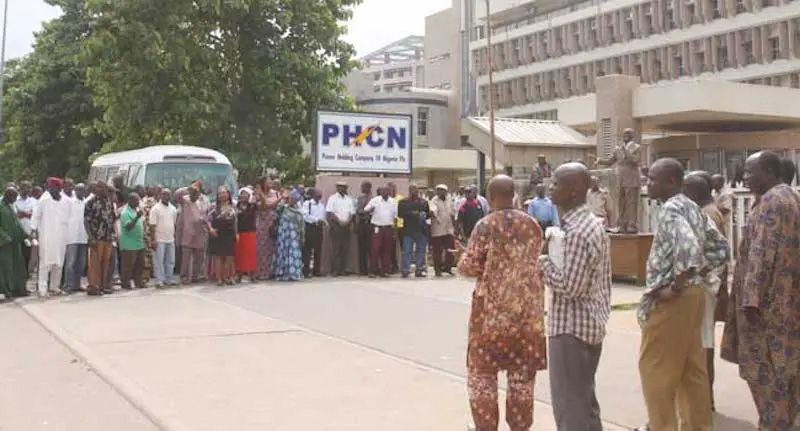 Despite a federal government statement pleading with the National Union of Electricity Employees (NUEE) not to embark on an industrial action, the workers yesterday made good their threat, crippling power supply in parts of Abuja and environs.

Specifically, the protesters attached to the AEDC said they were embarked on the industrial action over the non-payment of their entitlements for over 20 months.

The federal government at the weekend through the ministry of power had cautioned workers against the action, as a consequence of the impact of the ownership tussle in the Distribution Company (Disco).

Minister of State, Power, Mr Goddy Jedy-Agba, had urged members of the labour union to follow due process in airing their grievances, stressing that going contrary to established rules will run against extant laws which may have unintended consequences.

The minister had advised the union members to be, “cautious and responsible to avoid endangering the fragile state of our electricity infrastructure which the present government is working hard to strengthen.”

But in defiance, members of staff of the company who are demanding the payment of their 2020 bonus and other entitlements and remittance of pensions allegedly deducted by the company to their pension fund administrators, shut down some the of facilities belonging to the AEDC.

“Enough is Enough! Pay us our outstanding pension remittances, thrift/corporative deductions, 2020 productivity bonus, bulk rent and union check off bonus,” some of the banners in a number of the AEDC’s offices in Abuja read.

In its reaction, management of the Transmission Company of Nigeria (TCN) informed that though it had available bulk power for delivery to the distribution load centres of the AEDC to offtake for its customers, power evacuation from injection substations across the franchise area had been disrupted.

“TCN regrets this disruption and assures Nigerians that normal bulk power delivery to AEDC will be restored as soon as the injection substations are opened for onward electricity supply to consumers,” a statement by TCN’s General Manager, Public Affairs, Ndidi Mbah, stated.

Also, a statement from the AEDC signed by its Public Affairs Manager, Oyebode Fadipe urged the distribution company’s customers to be calm as all the pending issues were being resolved.

“Following the industrial action embarked upon by the National Union of Electricity Employees, power supply to some of our areas of operation, especially those on the 11kV network, may be affected.

“We would like to assure all our customers that all hands are on deck to resolve the issues that prompted this action. We would also like to apologise to our customers for the inconvenience and disruption,” the Disco stated.